There are few things more excruciatingly boring than watching someone else scroll through their social media timeline. The posts all blur together, flicked past too quickly to retain meaning, creating a disorienting barrage of half-read information. No matter how much time you may spend on social media, or enjoy using your own account on a certain platform, another person’s point-of-view will always feel irrelevant – driven by different interests, different connections and a different life.

For these reasons, The Circle – the Channel 4 reality show where players compete to be the most popular person on a fake social media platform – should be a mind-numbing disaster, rather than an obsessive breakout hit bought by Netflix and adapted into three different languages. Contestants can enter the show as themselves, catfish as someone they think would be more popular, or just bend the truth in order to win £100,000. They communicate exclusively via written messages while living in the same block of flats, completely isolated from the outside world and each other. Every few days, players submit “ratings” where they rank their fellow players from first to worst. Top players become influencers and get to choose who to “block” and evict from the show, with more players coming in as others get kicked out. Now in its third season, the finale of which airs tonight, The Circle’s fanbase has grown globally, with the Netflix series available internationally, and other versions in France and Brazil.

On paper, The Circle looks like it shouldn’t work. It sounds overly zeitgeisty – something cooked up by out-of-touch producers trying to make TV for teens. But thanks to its unprecedented environment, which puts real people in a vacuum, it resists traditional reality tropes (fights, staged interpersonal drama, in-person connections). By explicitly asking contestants to choose whether or not to be honest with each other, The Circle forces people to reveal their real selves to the viewers – if they’re being real or fake; who they genuinely like and why. Unlike reality shows where you can never tell who is pretending to make friends or fall in love for the sake of winning, on The Circle, you can pretend to everyone except the audience at home.

[See also: Is Line of Duty gaslighting me?]

Losing the BBC’s children’s programming would be a tragedy

These fundamentals are what Toni Ireland and Tim Harcourt, executive producer and creative director at Studio Lambert, The Circle’s production company, believe have carried the show to its present success (both have been with The Circle since its inception).

“For me, it’s all about the great characters,” Ireland says. “About people bonding, about friendships, but also about being put to the test when there’s some money on the table. I think there’s a level of respect from viewers that all our players go in there with different strategies on how to play the game.”

The core drama of The Circle thrives on the fact that players aren’t only in the same building – they’re in flats directly next to each other. A clip regularly shown is one outside the building  – what Harcourt calls the “money shot” – where all of the players can be seen at the same time, stacked on top of each other in two tight rows. Both Harcourt and Ireland insist that players can’t hear each other in the flats – a fact that still baffles them to this day – and contestants wear ear defenders whenever they need to move around the building. They also claim they’ve never even had a near miss of players running into each other.

“This was one of my biggest fears when we first started the show,” Ireland says. “How are we going to do this? How are we going to move these people around? But we’ve got an amazing gallery team that – touch wood – have managed to do it so far.” 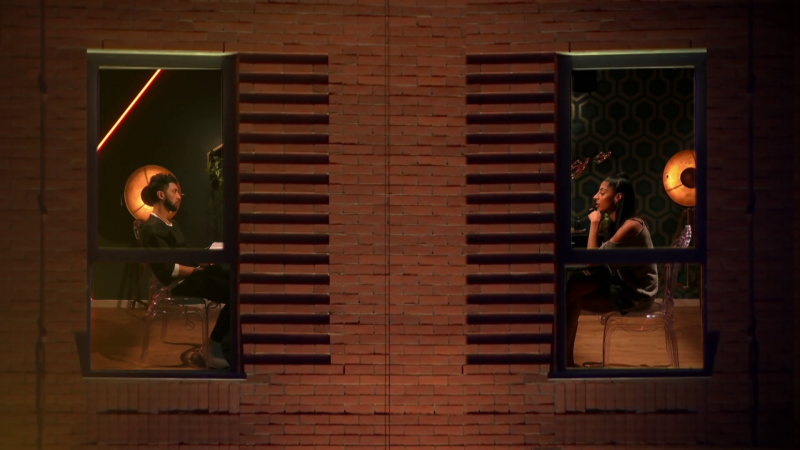 The Circle films out of the same building in Salford for roughly half the year. During that time, the building is completely occupied by the production, with different flats operating as workspaces for staff. Harcourt estimates that if you had a dollhouse view of the block, you’d see around 30 people – the players, showrunners, producers and security – with the rest of the editorial side working out of another building in Manchester.

A third building is used by The Circle during production: another accommodation site where reserve players are held, including 10-12 that never even take part in the show. All players are put into a “quarantine” before filming at the same time, where they are under the supervision of a chaperone and kept from seeing Circle coverage – whether or not they actually end up appearing on the programme.

The players that do enter The Circle seem to live in total isolation. Between clips of group chats, games, and private conversations, are shots revealing the players’ boredom; we see them doodling, kicking a football, or childishly throwing their food in the air and catching it in their mouths. They do get time to leave their rooms – there’s a gym, a yoga room, and a rooftop hot tub on site, but the players are always seen alone, constantly narrating their thoughts and feelings, regularly exasperated at having nothing to do.

But the reality is less claustrophobic and limited than the appearance the show portrays.

“Our floor team of about three producers are there from first thing in the morning until last thing at night,” Ireland adds. “They go in and they’re the people that move our players around the building, and they’re also there so they’ve got face-to-face contact.”

“It’s quite unusual to be in a room on your own and to just speak out loud, without anybody asking you a question,” Harcourt says. “I think that would be a bit too much to ask of our players.”

Not only do players have this point of contact always on-call, they also get regular downtime, and an entire day off each week. “We turn the lights down, the cameras off, and people will sit around,” Harcourt tells me. “Read a book, watch Netflix, relax, and the game then starts up again, just to give everyone a bit of a breather, including the team making the show.”

“They’re definitely cocooned in the production,” he adds, “and we cater to their every whim.”

But despite all this, it’s obvious that the game takes a toll. Filming lasts for a month – not including the preceding “quarantine” period – and for the catfishes who make it to the end, the fatigue is impossible to ignore. Last year, as the pandemic began, season two finalist James Doran (who catfished as single mother “Sammie”) told me he was lonely during the show, and that the conversations with producers were the sort that you might “have in a lift”. It didn’t take speaking to him to know his experience was draining – the final episodes were marked by a clear shift in his mood, where he would often speak about wanting to out himself to the other players, both out of fear of their reaction and exhaustion at spending a month being someone else.

Although less severe, this year is no different. Catfish “Gemma” (actually 47-year-old ex-Gladiator James Crossley) was one of the first players in Circle history to out himself to fellow player, after feelings of guilt moved him. Catfish “Syed” (actually player 28-year-old player Hashu Mohammed), still in the game, has regularly spoken about his regret over not coming into the game as himself.

“There’s no doubt it is tiring, communicating like that,” Harcourt says. “It’s more difficult, and it’s that difficulty that makes it interesting, because that’s where misunderstandings happen.” He compares the exhaustion players feel to the exhaustion we’ve all felt over the last year – a person can only take so many Zoom calls and WhatsApp group chats. 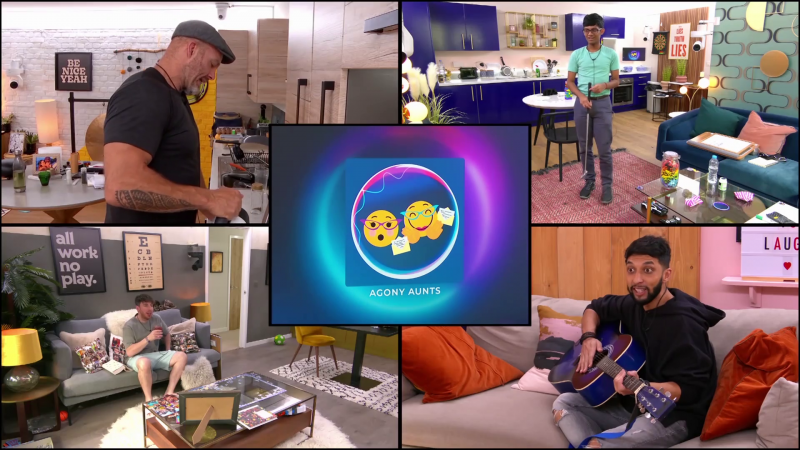 Even with three English-speaking seasons under its belt (two in the UK and one in the US), it’s hard to pinpoint what it takes to win the show. A combination of strategies have succeeded: people playing as their earnest selves, tactical planning and, of course, catfishing. Ahead of tonight’s finale, it’s a toss up between manipulators, catfishes and players operating with complete sincerity, rarely rating other players strategically. No forward planning or blueprint gives a clear path to victory.

“It boils down to being a good communicator” Harcourt says. “But on top of that, I would definitely add emotional intelligence. Alex [the winner of the first season of The Circle] had those two aspects. But they’re intangible qualities, the art of communication and the art of emotional intelligence – we don’t really understand them, but maybe that’s what makes them interesting and dramatic on television.”

Ultimately, there is only one rule.

“It is a game of communication,” Harcourt concludes. “The best communicator wins.”

[See also: How gossip forum Tattle Life became the most toxic place on the internet]