The Newsroom has faced a mixed reception, but it’s the latest in a long line of dramas to use journalism as a stage for drama. Here are some other attempts to render the business of newsgathering into entertaining stories, with variable results…

One of the problems about The Newsroom is its immediate comparison to a host of other attempts to show “the lives behind the anchors”. Network (1976) and Broadcast News (1987) are two of the most obvious examples, and without them there probably wouldn’t have been Anchorman: The Legend of Ron Burgundy, an improvised adventure set at San Diego’s KVWN channel. The strict “I love lamp” adherence to autocue, the catty male vs female anchor, the jazz flute… It had it all. Was it a fair reflection of a newsroom, as a bunch of socially inept misfits with monstrous egos all attempting to fight one another? Maybe closer than you might think. 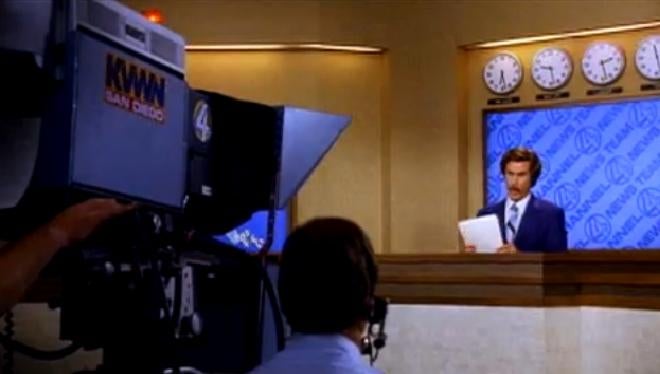 Will Ferrell as Ron Burgundy in “Anchorman”.

A lot of that groundwork had been covered by Channel 4’s hit-and-miss Drop the Dead Donkey, a show that aimed to provide topical comedy and sitcom in one hit. Something had to give, and it was the satire that didn’t quite come off, though the hastily-filmed last-minute jokes must have provided something of the thrill of a real newsroom on deadline. It did provide some wonderfully cynical moments, though, with 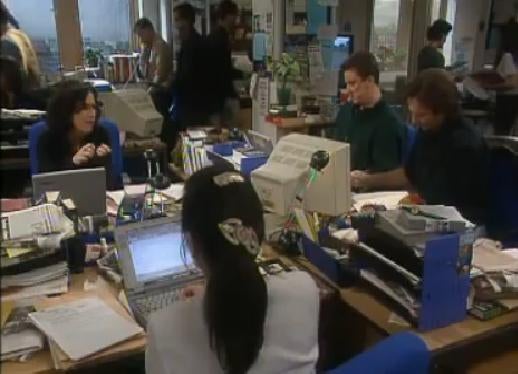 The newsroom from “Drop the Dead Donkey“.

In terms of print journalism, All the President’s Men is the obvious place to go, but the more fictional offices of the Daily Planet are worth a closer look, from the first (and only good) Superman films. The seething chemistry between Margot Kidder’s crabby reporter Lois Lane and Christopher Reeve’s folksy alien hack was really something special. Watch this scene and you’ll enjoy not only the interplay between Reeve, Kidder and Jackie Cooper but also the rather quaint newspaper atmosphere:

“It’s got everything, it’s got sex, it’s got violence, it’s got the ethnic angle” says Lois, pitching her story idea to editor Perry White. “You’re pushing a bunch of rinkydink tabloid garbage,” sighs White. An editor with principles! A rare breed indeed.

My favourite depiction of Fleet Street – and it really was Fleet Street – is in 1961’s The Day The Earth Caught Fire. It’s a story that probably seems entirely implausible today, given that the conceit rests on the Daily Express (yes, the Daily Express) honestly reporting a genuine catastrophe (rather than, say, catastrophising a slightly drizzly afternoon, as is the case in 2012).

The presses roll in “The Day The Earth Caught Fire”.

It jars slightly in another way: the journalists are heroes, not the sneaky phonehacking lowlife we know they all are (all of them, without exception) nowadays. It’s the honest hacks who are the ones trying to get the truth out while the powers that be attempt to conceal it. Filmed in the Express offices, it captures an era that won’t ever return: the crossword compositor perched in front of his grid of letters, a giant sign demanding “IMPACT!” hanging from the ceiling, and the presses actually rolling within a hundred miles of the people writing the news. Those were the days.

But those of us who are of a certain age see only one thing when they think of a TV newsroom – Press Gang. The simmering sexual frisson between Julia Sawalha and Dexter Fletcher! The fact they somehow managed to produce an entire newspaper – The Junior Gazette – every week despite having no feasible form of revenue! The way they were barely out of school but managed to scoop all other news outlets! The weird flashbacks and dream sequences! 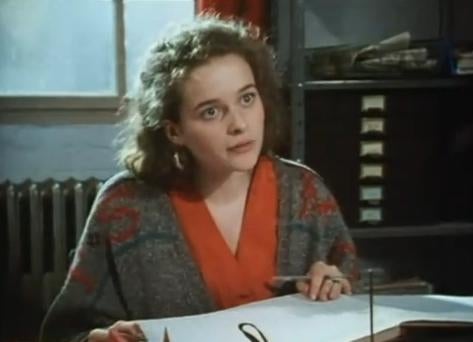 But my god, it was glamorous. If you didn’t have a yen to be a hack after watching five minutes of that, you never would. It was certainly what made me want to become a journalist, back in the day. One day, I told myself, I would work in a place like that, where young people wore CASUAL CLOTHING and REPORTED on PROPER NEWS and all that.

Of course, reality wasn’t quite the same. My first newsroom was a tin shack in the middle of a horrible industrial estate, with water gushing in through the ceiling and over the electrical cables. One false move and you’d be zapped across the banks of slumbering corduroy-covered subs and impaled on a giant metal spike (which hadn’t yet been outlawed by the elfnsafety killjoys). Did we have two-hour lunches though? Yes, we did. At least in those days there was a healthily tolerant attitude towards drinking in the workplace, which has sadly never quite been replicated on screen.

The stories weren’t quite as fun, mind. There wasn’t much challenging authority and sticking it to the man with a last-minute deadline: it was all tedious nibs about craft fairs, school fetes and overgrown front gardens (leading to the memorable front-page headline “OAPs TRAPPED BY 3FT LAWN”).

No wonder we’re a little more drawn to the less realistic, more glamorous, more exciting side of newsgathering when it comes to dramas. Give me the fake newsroom world with its huge egos and lingering sexual tension rather than the reality of tedious copied-and-pasted press releases any day…