Ah, Alan Sugar, ever the generous bestower of business acumen. He truly sees entrepreneurship in everyone. Particularly, it seems, the ability of professional footballers of African origin to flog sunglasses and handbags on the beach.

No reason! They just look that way!

This was the grizzly gremlin of enterprise’s reasoning when he posted a tweet – since deleted – of a photo of Senegalese footballers, spliced with pictures of sunglasses and handbag stalls laid out on the ground. 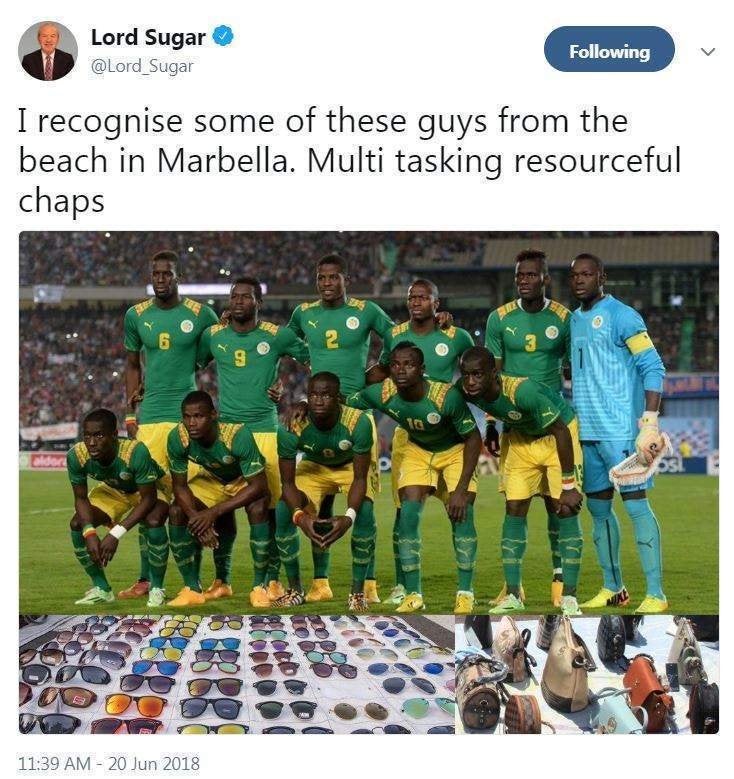 “I recognise some of these guys from the beach in Marbella,” he tweeted. “Multi tasking resourceful chaps.”

“Just been reading the reaction to my funny tweet about the guy on the beach in Marbella . Seems it has been interpreted in the wrong way as offensive  by a few people  . Frankly I cant see that I think it’s funny. But I will pull it down if you insist.”

Perhaps next time he dreams up a selling task on The Apprentice, he’ll divide teams up by colour. And in the boardroom, reduce each contestant’s career to a grim joke about their race.