It’s official: Roy Hodgson, manager of West Brom, has been given a four-year contract to take control of the England team. The Sun marked this appointment by mocking his inability to pronounce the letter R, making the gag no less than five times on its front page.

I would hope if I was offered the England job, it would be with the backing of the important people — the fans and media. It’s going to be very difficult for anyone who has not got their backing. Even if you’ve the competence and are maybe the right person, you need to be perceived as the right person.

Clearly his concerns were justified. The Sun – which employs Hodgson’s rival for the post, Harry Redknapp, as a columnist – focuses more on the fact that Redknapp was not appointed, rather than on Hodgson himself. For those in search of a few facts about Hodgson other than his trouble with Rs, read the NS’s 10 facts about him. 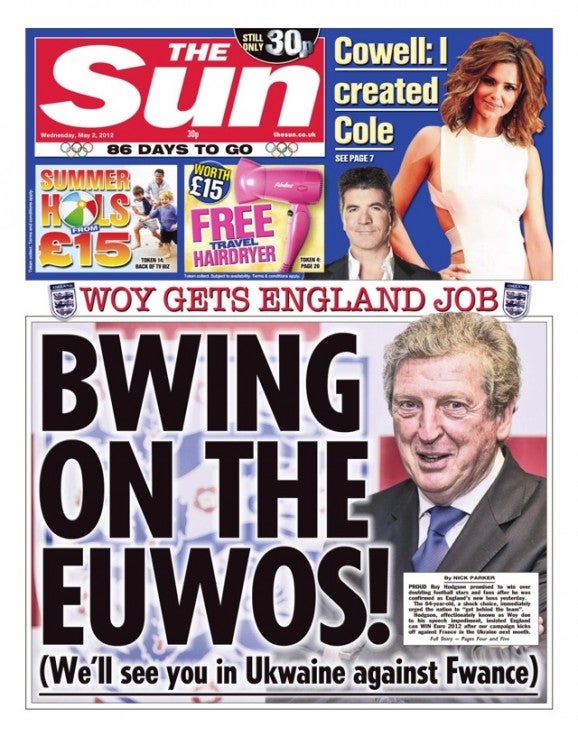