Is it only because this is a photograph of my mother and her younger sister and brother that I feel protective of it? Of the three, only my uncle is still alive, so I am looking into faces I will never see again. But that’s not the sum of it; there is something beyond family that the style and tenor of this photograph makes me long for. Formality, modesty, shyness, inexpertness, trepidation even. If the photographer asked my mother and her siblings to smile, he was less than persuasive. If anything, you’d guess he’s just told them he’s going to kill them.

Watch a child pose for a photograph today and you think you are looking at a seasoned Vogue model. Out one hip protrudes, forward comes the dimpling face, pouty go the lips. Shy? Who’s shy any more? There are some who think that’s a good thing. What’s there to be frightened of? I happen to believe that even something as inconsequential as posing for a photograph should be hard. A life that’s lived equably and in-step is barely lived at all.

It shouldn’t be surprising I think this. I am a product of the people you see here. Ask what my Aunty Joyce is looking at as she leans into her big sister and the answer is the abyss of her own timidity. She remained as retiring in life as she is in this photograph. We became close in my adolescent years. She took me to ruined castles, taught me French and shorthand, and passed on to me social agonies without which I suspect I would never have been a writer. 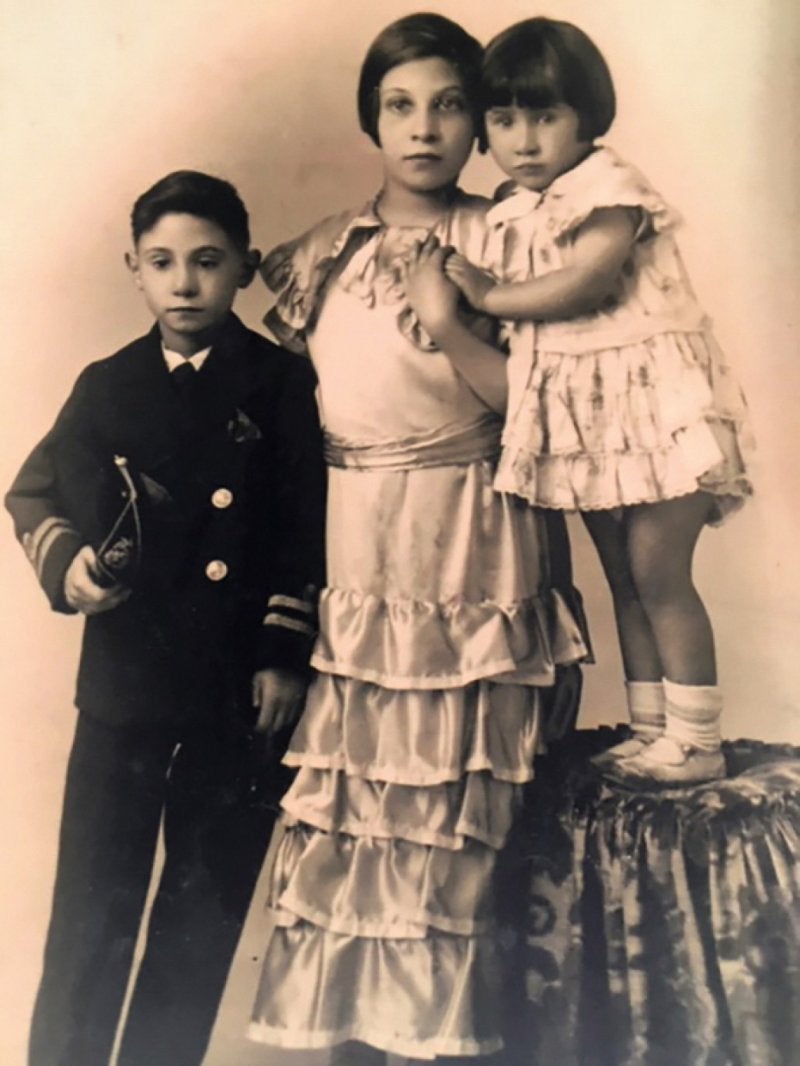 Assuming that’s a Junior Admiral’s uniform my Uncle Monty’s wearing, and assuming it denotes a youthful desire to go to sea, he realised his ambition. Somewhere among my photographs I have one of him on board a ship moored off Trincomalee, tanned and bearded, in headphones, listening in to the ship’s radio, perhaps intercepting enemy messages. He must have had adventures at sea but he would never open up about them. He doesn’t quite wear that absent, melancholy expression any longer, but it’s a matter of honour to him today, as it was more than 80 years ago, to keep a secret.

My mother is different. In her eyes I see an undaunted expression that surprises me with its fierceness. She’s a bit young here, perhaps, to be described in the language of DH Lawrence’s women, craving to know a “higher being, if not in herself, then in her children”. But she did determinedly set us – her children – on that “higher” course, to know and understand, to not be left behind, and not to allow the family introversion, which she too had inherited, to hold us back. Photographs can be epics in their way, sagas of beginnings and ends. My mother died earlier this year, and I can’t decide whether it’s wonderful to see the inextinguishable determination in her young eyes, as yet innocent of the beckoning future, or unbearable.