The attacks on the Aramco oil facility at Abqaiq in Saudi Arabia on 14 September had an immediate impact on the international economy. Oil prices shot up, and fears of a war between the United States and Iran were revived just as peace talks between the two seemed possible.

The attacks exposed Saudi Arabia’s strategic vulnerabilities, as well as the country’s reliance on the US for its internal security. It also highlighted the cross-border violence resulting from the brutal war in Yemen that has been under way for the past five years.

Comparisons can be made with the 9/11 attacks that took place 18 years ago. The perpetrators on that day struck symbols of American power – the World Trade Center in New York and the Pentagon in Washington, DC – causing great loss of life. As the dust settled, there was an issue of attribution. American intelligence agencies doubted that a terrorist group could mount such an audacious and complex operation and assumed a rogue state must have been responsible. It soon became apparent that the attacks were orchestrated by al-Qaeda, a terror network led by a Saudi, Osama bin Laden. Most of the 9/11 terrorists were also from the kingdom.

The drone attacks on the Aramco facility last week struck at the heart of Saudi Arabia’s power – oil. The next stage in the crisis now turns on the matter of attribution. The Trump administration has accused Iran, while the Houthi insurgents in Yemen, who are financially and militarily backed by the Iranians, have claimed responsibility.

If Jeremy Corbyn opposes intervention in Syria, he should have more to say about Russia 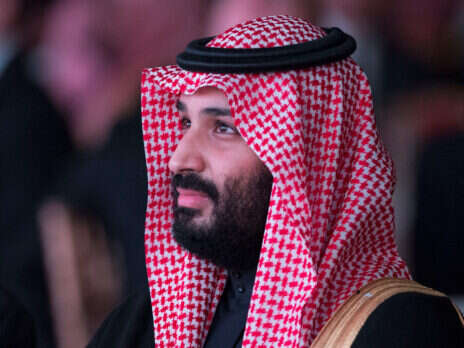 These attacks were not intended to cause mass casualties and did not require any martyrdom. The drones were controlled from far away, which made a precision strike possible. As with 9/11, the costs of mounting the attack were a tiny fraction of those suffered by Saudi Arabia, and have added to the concerns shared by governments across the world about the damage drone technology can inflict on national infrastructures.

The close links between Saudi Arabia and al-Qaeda meant the attacks on 9/11 could have caused a crisis in the kingdom’s relations with the US – but they did not. The Bush administration needed the Saudi government to keep oil markets calm, as well as play a central role in the “war on terror”.

After the election of Barack Obama in 2009, relations between the two countries cooled. The Saudis disliked Obama’s efforts to ease sanctions on Iran in return for a freeze on its nuclear programme. In Riyadh’s assessment, the lifting of sanctions simply enriched the Iranian regime and allowed it to pursue its geostrategic ambitions in the region. For Obama, there was little reason to listen to the views of a feudal state with a deplorable human rights record. The election of Donald Trump transformed US-Saudi relations. Encouraged by the relationship of his son-in-law, Jared Kushner, with Crown Prince Mohammed bin Salman, Trump made an early visit to Saudi Arabia after his inauguration in 2017.

When the Saudi government was accused of murdering the US-based journalist Jamal Khashoggi in October 2018 at its consulate in Istanbul, Trump refused to let this weaken relations. He has continued to support the Saudis in Yemen, abandoned the nuclear agreement with Iran and ratcheted up economic sanctions on the Iranian regime.

Trump has relished overturning Obama’s signature foreign policy achievements, and regards economic pressure as a first resort when dealing with most international problems. But he rarely thinks beyond these first steps. By hindering its oil exports, the sanctions imposed on Iran have hurt its economy and put pressure on President Hassan Rouhani’s government.

Yet in its determination to relieve the pressure, Iran has been stirring things up in the region. The most recent examples of this have been Iranian Revolutionary Guard attacks on oil tankers in the Strait of Hormuz. The apparent Houthi operation against the Aramco refinery could be part of the same campaign.

The Houthis have their own reasons for hurting the Saudis. The war in Yemen is a humanitarian nightmare, with huge distress caused to the Yemeni people. The Houthi rebels have proved more resilient than the House of Saud had hoped and have attacked targets inside Saudi Arabia, including missile strikes on Abha Airport, bombings of oil pipelines, as well as, they claim, the latest attack on the refinery.

What has been alarming for the Saudis is the variety of attacks and how little they can do to stop them. What is more, during the summer, the United Arab Emirates started to scale down its involvement in Yemen. The Emiratis had been doing most of the fighting on the ground, while the Saudis provided the air power and managed the numerous militias involved in the conflict. Despite having one of the largest military budgets in the world, the Saudis will struggle to fill the military and political gaps left by the UAE.

Nor can they be sure how much backing they will get from Trump, who does not want to go into an election year with the US embroiled in yet another intractable war in the Middle East. For all of his chest-thumping, Trump seems hesitant about military action. His relationship with North Korea’s Kim Jong-un and his attempts deal with the Taliban in Afghanistan have been followed by a reluctance to take military action against Iran.

Trump now looks something of a paper tiger; he may sound fearsome but actually shrinks from a fight. Having such a reputation carries its own dangers, because at some point the accusations will sting him and his adversaries may push their luck too far.

For the moment, however, it is the Saudis who have most cause to worry. Their vulnerabilities have been exposed, as they struggle with the consequences of having started a war they don’t know how to end, and uncertain about the reliability of their superpower protector.

Lawrence Freedman is an emeritus professor of war studies at King's College London.