What is it with poets, frogs and toads? “Stop looking like a purse,” says the poet Norman MacCaig, carrying a toad outside. “How could a purse/squeeze under the rickety door and sit,/full of satisfaction, in a man’s house?” The pair of toads Jamie McKendrick encounters find their own exit: “they make for the hallway with sagging hops/like small encrusted beanbags on the move”, he says in “Right of Way”.

Frogs and toads live on all continents except Antarctica, in 24 different families and more than 4,000 species. In children’s literature they are gently comical, but the amphi in amphibian reminds us that they belong to two worlds.

They disappear in a second, leaping from one medium into another, and global folklore invests them with darker powers than Kenneth Grahame. A life cycle of spawn, tails and legs means they incarnate metamorphosis: you kiss them into princes, get turned into one by witches. In the Rig Veda, Great Frog supports the universe. They are familiars, boiled up by the Weird Sisters in Macbeth, and the “great kings” of slime terrify the boy in Seamus Heaney’s “Death of a Naturalist”.

Frogs and toads are an unobtrusive but vital part of the ecology, and their loss contributes to the appalling modern phenomenon that conservationists are now encountering everywhere: “trophic cascade”. 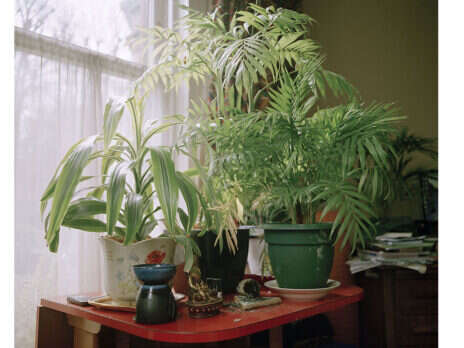 As children, we used to put bricks up on end in a long wavy line, then tip the first and watch the whole circuit ripple to the ground. Imagine a similar sequence in a South American forest, with frogs at its centre. The frogs live in delicate balance with nine other species: lizards, mango trees, mango-eating ants, monkeys, wild pigs, owls, wasps, mosquitoes and a microbial parasite. They breed in riverbank puddles created by the rootling wild pigs. Mosquitoes breed in those puddles, too. The parasite they carry infects monkeys that eat the mango fruit, spreading its seed in fertilising scat, but few monkeys die, because the frogs’ tadpoles eat most mosquito larvae.

The lizards eat the ants; they also eat wasps that nest in holes in trees. Owls compete for these nesting holes and keep the wasps in check.

Now men kill off the pigs. No more puddles – so the frogs die out, but the mosquitoes breed in rainwater instead. Uneaten, they multiply, along with their parasites, which kill off the monkeys. With no monkey-scat, the mango trees die, along with the mango-eating ants. This halves the lizards’ food and they fade away. No lizards means more wasps, which crowd the weakening owls out of nesting sites. The owls go. Only three viable species are left: wasps, mosquitoes and their parasite, which will now turn on the cause of all this – man.

Trophic cascade could happen here. Frogs are disappearing globally into extinction. Two diseases are ravaging amphibians worldwide. Chytrid fungus has extinguished hundreds of species, and thousands of British frogs are dying from ranavirus.

Conservationists are working against time to save them. Scientists from the Zoological Society of London have swabbed amphibians in ponds across the UK and are collaborating with other organisations on the Garden Wildlife Health website, which asks for the public’s help in monitoring British wildlife. ZSL has also rescued, through a unique conservation programme you can see in action at Regent’s Park, the Majorcan midwife toad – until 1979 believed extinct – whose males carry new-laid spawn on their back until the tadpoles hatch.

Glyn Maxwell has written a poem to these toads, not now entering human houses but being saved – just – by human beings from exiting the world. “We are back who were never gone,” they sing. “We were here and you never knew./We thought you’d died out too.”