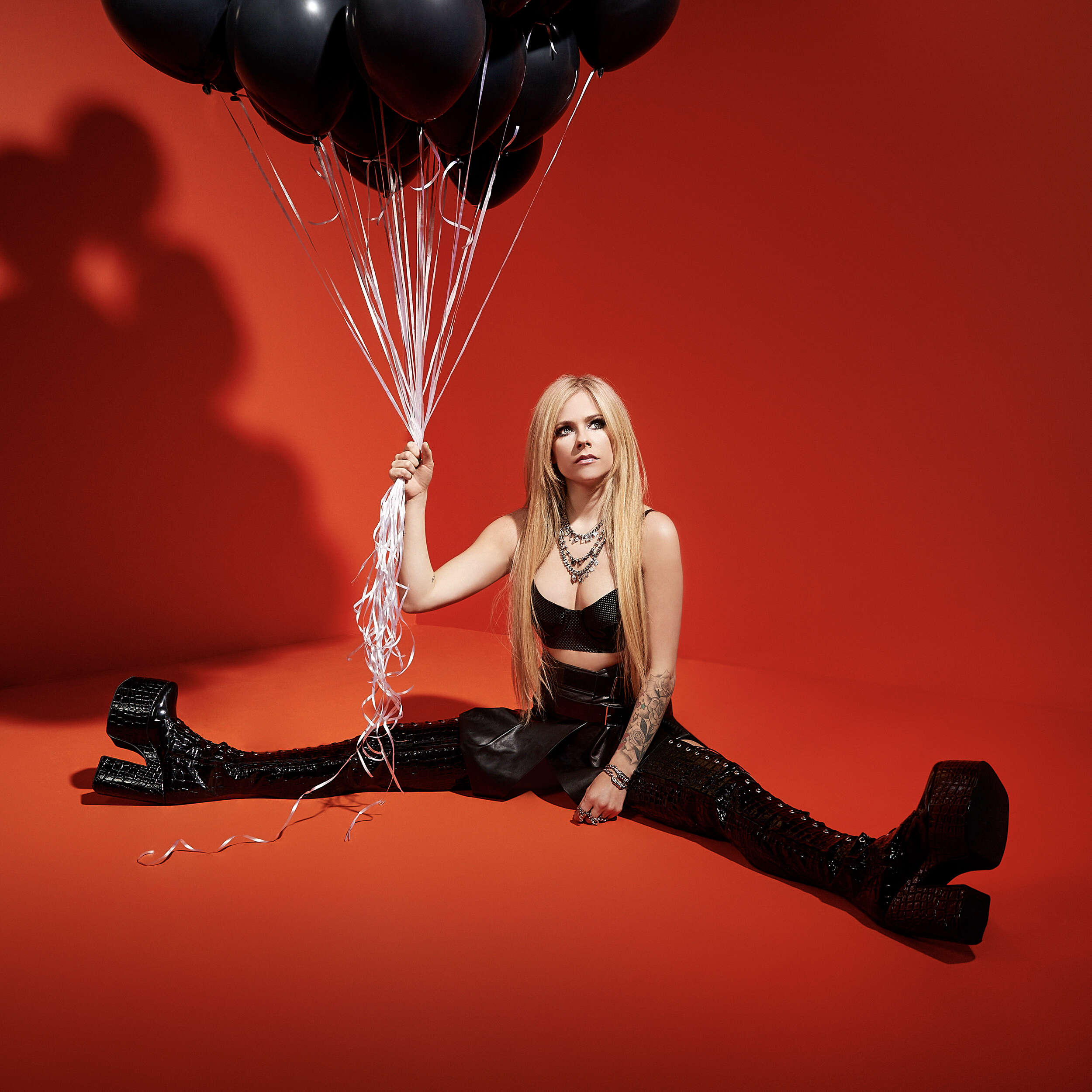 Pop culture in 2022 is obsessed with nostalgia. We live in a Black Mirror-esque society that, everyone finally agrees, is “phones, but too much”. The internet is heaving with attempts to emulate past aesthetics. There is a cross-generational hankering for simpler, easier times. Think pieces abound about whether the imminence of World War Three, a planet on fire and an interminable plague could have anything to do with it.

It would be easy to disregard Love Sux, the new album from the “anti-Britney” of the Noughties, Avril Lavigne, as just part of this nostalgic storm. Lavigne was integral to the youth culture of the early 2000s, a premeditation of emo. These days she is not only an icon for those who remember listening to her early records on repeat, screaming in their bedrooms that they were “trying to figure out this life” aged eight, but also for the millennium-obsessed Gen-Z, who dress much like Lavigne’s “Sk8r Boi” and whose musical pioneers – from Soccer Mommy to Olivia Rodrigo – cite her as an inspiration.

It’s difficult for me to write about Love Sux with critical distance. It is such an essential distillation of the Lavigne sound, so evocative that I am, almost unwillingly, transported back in time – but this record is not hazy nostalgia. It showcases the skill, control and originality of the original pop-punk princess. There are no subtle nods to Noughties skate-pop: the record launches straight in with middle fingers up and split ends. “I’m a ticking time bomb I’m about to explode,” she shrieks at the beginning of the opener, “Cannonball”, as an impossibly quick guitar riff kicks in and joyful, untapped rage bubbles over.

Love Sux is, in a sense, an antidote to pop progress. It does not push forward or innovate in any conceivable sense. Lavigne duets with Machine Gun Kelly and Blackbear, which adds intrigue, and at 37 she clearly has more perspective on her core themes – love, and being pissed off about it – than she did at 18. But she returns triumphantly to exactly what came before, with up-tempo guitars, a piercing vocal and Tumblr text language (from “boi” to “sux”). Unencumbered as it is by the exhausting layers of irony ever-present online, the record also suggests that maybe some of what came before might have been better.

The album is samey, and lacks an emotional trajectory. Her musical tics feel especially noticeable on such a quintessential rendering of her style. Lavigne switches between half- and double-time in most of her songs: in “Kiss Me Like the World is Ending” and “Cannonball” an impossibly up-tempo verse winds back at the climax for maximum wallowing potential; in the lead single, “Love It When You Hate Me”, it’s the inverse, doubling the beat and ramping up energy in the chorus, and mellowing in the verse. After a while this is slightly wearing, if not predictable. Still, only three of the 12 songs on the album exceed three minutes, which keeps things punchy.

More importantly, any repetitiveness is overshadowed by the sheer catchiness of her melodies. The songs are full of satisfyingly singable, vengeful nuggets (“You should have known better than to fuck with someone like me”) and winking immaturity (when Avril screams and pouts that “Bois lie”, Machine Gun Kelly simply responds that “girls lie too”). There are “nah nah”s and “la la”s that are instant earworms. Her melodic style is strikingly similar to Taylor Swift’s in her tendency to dwell on one or two notes before making huge, memorable leaps: a few lyrical changes and softened instrumentation could make this a Swift album in her Red era.

Pop music is a powerful tool for nostalgia because it evokes an instantly recognisable and also highly specific feeling. Lavigne’s Love Sux might inadvertently evoke the past, but in its clean, controlled execution it is spilling over with unique pop energy that, far from pining for the past, leaves us feeling deeply satisfied.