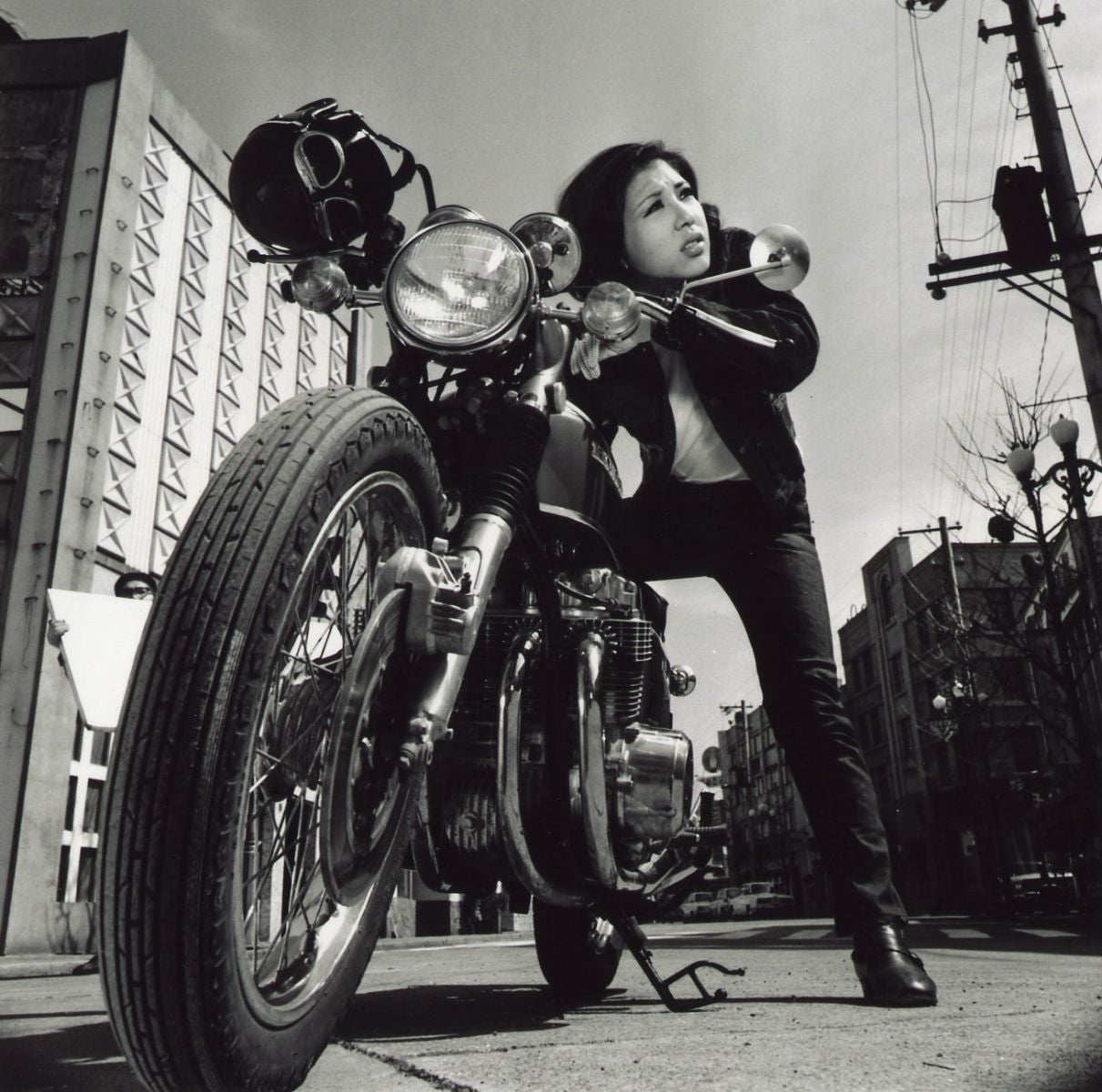 Akiko Wada, whose “Boy And Girl” is one of the highlights of the box set. Image: Ace Records

The main thrust of the modern pop narrative is Anglo-American, with occasional significant interventions from Jamaica and Germany. But over the last 20 years it has been more worthwhile for crate-digging collectors to look further afield rather than try and mine an ever-shrinking supply of undiscovered Northern Soul 45s or New Orleans R&B obscurities.

Ace Records, to their credit, have continued to uncover, re-evaluate and re-issue soul, rock’n’roll and R&B (more of that in a forthcoming column). Yet their handful of incursions into the history of Japanese pop have been a revelation – beautifully annotated, properly mastered, a window into a world which, unless you are a serious student of Japanese culture and language, is very hard to penetrate.

Sheila Burgel worked on Rhino’s definitive Sixties Girl Group box set One Kiss Can Lead To Another and lived in Japan for several years, so is the ideal guide for Nippon Girls 2: Japanese Pop, Beat and Rock’n’Roll. It’s identifiably Sixties pop, but not in the way Dusty or Cilla would have played it. From the artwork to the vocals to the super-sharp stereo productions, this is something quite special.

One of the notable characteristics of the vocals on this collection is the long, soulful vibrato. This had been a good match for the non-descript ballads (Connie Francis covers were common) that were biggest before the Japanese pop scene started to shift in 1965, but rubbed intriguingly against the uptempo strings-and-brass backing, with beautifully upfront basslines, that the Nippon Girls were given later in the decade. The instigators of the new guitar-based beat weren’t the Beatles, but American instrumental band the Ventures, a less characterful version of the Shadows. They had first toured Japan in 1962, supporting Bobby Vee, but when they returned in 1965 they caused a revolution; guitar shops couldn’t keep up with demand. A wave of Japanese male guitar bands – what became known as Group Sounds – was the result. As in Britain, this beat group boom helped to birth a new style of female solo artist.

The “beat girls” that emerged in the wake of the Group Sounds boom tended towards organ-driven beat and dancefloor-friendly ballads. 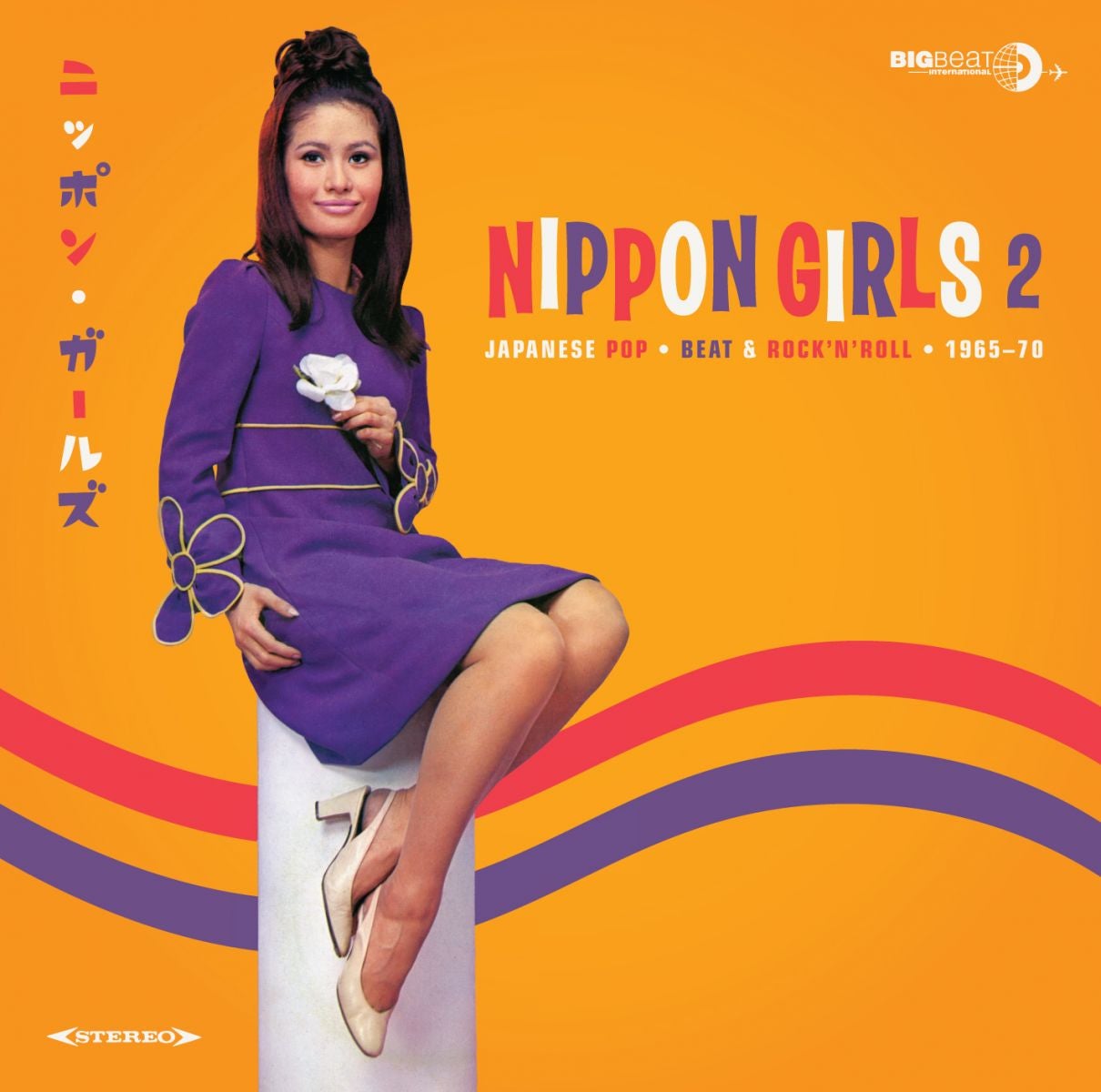 Japanese vowel sounds suit vocals that are both yearning and keening, and the brand leader here was Jun Mayuzumi – “Ai Ga Hoshii No” has a sweet verse, rather reminiscent of Sandie Shaw’s “Long Live Love”, before it cuts into a keening minor-key chorus. I’m hooked immediately. Another frontrunner was the extraordinary looking former model Chiyo Okumura – over a tight, high, fuzzed guitar on “Koi Gurui” (“Love Slave”), Chiyo comes up with a panting, devotional vocal. It’s not hard to see why she became a major star.

Anne Mari’s “Wild Party” had been the breakthough single for the beat girls in 1965, riding on a ragged Ventures-like surf sound (complete with a guitar line pinch from the Chantays’ “Pipeline”); her vocal is all over the place, and I’m reminded of actress Anna Karina’s daffy “Roller Girl”. The only vaguely familiar name to western listeners on this collection might be Emy Jackson, famed – if at all – for her extraordinary 1965 surf-beat single “Crying In A Storm”, which sold a million. Her fierce contribution to this compilation, “Namida No Go Go” (which in spite of the title is also sung in English), has an almost parodic teen lyric (“Tell your mama, tell your papa… You don’t know baby, you don’t know… I wanna die!”). She was originally Emy Eaton from Romford, living just up the road from Sandie Shaw in Dagenham, before she moved to Japan aged 13. One of the reasons she sang in English rather than Japanese was that Columbia Records could charge the international rate of 370 yen for her singles rather than the 330 yen that domestic releases cost. The industry never rally changes that much.

Other highlights include Akiko Wada’s “Boy And Girl”, which has an almost masculine vocal (google her name – the poor woman is the Amelie Mauresmo of Japanese pop). It’s reminiscent of French soul/rock growlers like Nino Ferrer – probably no coincidence, as the Japanese loved Sixties French pop at the time, unlike the British and Americans who took three decades to overcome their prejudices and embrace Serge Gainsbourg and his contemporaries. Identical twins the Peanuts were big names with a rather patchy catalogue, but “Tokyo No Hito” is a gem, with a beautiful earworm of a guitar figure; the Bay Beats’ “Kizudarake No Taiyou” has an unlikely Spaghetti Western element to it; “Kiyoko Ito” is backed by woodwind and plucked harp on “Mishiranu Sekai” – always, there are those beautiful, fat basslines.

Looking through the booklet is a treat in itself; the artwork is gorgeous. Any Sixties aesthete will have an instant urge to start collecting the original 45s. Well, good luck with that – the Japanese are protective of this corner of their culture and you won’t have much luck on eBay.

Nippon Girls 2 is also available as a 12-track vinyl album. Ace have plans for a similar Italian Sixties compilation in the new year. These are good times for girl group fans.