I’ve known Ali for nearly 12 years. He was always there for me when I was depressed and in a new city with almost no friends. We spent a lot of time together when I was broke and couldn’t afford to go out more than once or twice a month. We haven’t seen as much of each other in the years since – but we still occasionally hang out.

In fact, I can quantify exactly how much time Ali and I have spent together: 76 days, five hours, and 38 minutes. And it’s never been boring: together Ali and I have killed a king of the undead, taken down a dragon threatening the future of the world, repelled an orc invasion, and imprisoned a demon lord.

Ali is Aliandor, a Level 120 human mage, and my main account on the world’s most successful massively multiplayer online role-playing game: World of Warcraft (WoW).

On one hand he is nothing more than a data file, likely well under 100kb, sitting on Blizzard’s server, entirely lacking in sentience, and one backup failure away from accidental deletion. And while I know that, there’s much more about Ali that I can’t separate: what we’ve done in the game, who we’ve met through it, and the moments where controlling Aliandor was the backdrop to moments in my real life. 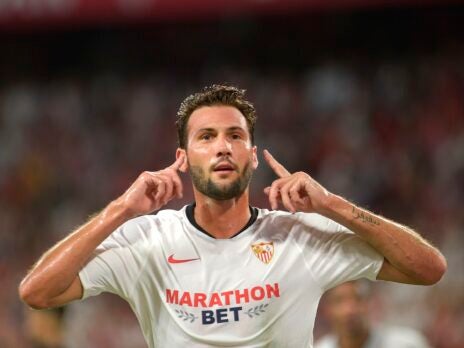 I’ve spent more than 1,800 hours of my life with this character, over more than a decade – that’s more than almost all of my real-world friends. Is it so strange to be attached to that collection of pixels?

The shallowest level of my connection to Ali comes from the gameplay itself: WoW is known as a fairly well-written game, but in reality, because each expansion runs for 18 months, with incremental updates to the game and its plot, much of the interest in its storyline comes because you have known the characters for so long.

If a franchise like Red Dead Redemption is gaming’s answer to a blockbuster movie, then WoW is its answer to soap operas; a soap opera that your character is an integral part of. Leading AI characters know Ali’s name, have promoted him to general, and reminisce over past campaigns with him. There’s nothing to better immerse someone into a plot – however silly – than time and repetition.

That plays a distant second fiddle to the social aspect of the game, and the people you meet through it. At the top levels of the game, the toughest bosses and the best rewards require you to play alongside up to 24 other players – and as these fights can be tough (and lead to severe frustrations and outbursts), people tend to form guilds, regular communities of players who show up at fixed times each week and do battle.

Despite the toxic reputation of gaming communities – which is often deserved – some of the guilds I was in were genuinely lovely, and led to groups of people who came to know one another deeply, even if they’d never met.

One guild I joined was led by a woman in her late 20s (she would sing “Don’t call my name / don’t call my name / Aliandor” as I logged in), whose boyfriend organised the raids against bosses. Her mother also played the game, but as she didn’t like to raid would spend a few hours a day gathering supplies for everyone else, and staying in the chat. This group was a core of people who knew each other in their real lives, who recruited more players they’d never met, and got to know them. Much of the chat would be over voice, and you came to know each other well.

Despite calling me “Ali” for years (“James is just confusing”), I came out to them, and they eventually came to follow, bemused but supportive, my journalistic career. We drifted apart as I played less, but I still speak to some of them, and think of them fondly – and Ali will always be my gateway to that.

Finally, there are just periods of time in my life I associate with Ali. Though they’re often not the good ones – turns out I play video games more when I’m depressed, or don’t have much of a social life for one reason or another, or have just been through a break-up – I can’t help but think of Ali as having been there when I needed him.

I’ve been lucky in recent years to have needed Ali less – but I’ve never found it possible to drop him. It’s nice to check in, to fly around and see familiar landscapes, to look at the now instantly recognisable in-game avatar I created when I was 20.

It’s nice to know he’s there, waiting for me – and that there’ll always be some new dire threat to the world he’ll have to help avert.