It’s no secret that supermarkets are designed to wring as much money from us as possible – they’re businesses after all. But though most of us now know that pricier products tend to be stocked at eye level and loose veg is cheaper, helping out at a community cookery course recently I was surprised to discover few shoppers venture into the world food aisle.

In this oddly named treasure trove, a packet of ground cumin is likely to cost around three times less per 100g than in the little glass jars round the corner, while coconut milk, bottles of oil and bags of rice are priced as if on permanent special offer. (Mind you, those spices and ingredients often come in large packets aimed at those for whom they’re staples, so if that doesn’t apply to you, it might be wise to share the investment with a flatmate or neighbour.) As well as exciting noodles and pickles, world foods is also a good place to find pulses, chopped tomatoes and big packets of nuts that are significantly better value than in both the baking and “snacking” sections.

Such money-saving gambits have been on my mind lately, with the uncertainty surrounding events at the end of the month and the likely knock-on effect on the food supply chain. Having written about that in gory detail in this column in March, the last time we were due to leave the EU, I shan’t revisit the depressing details, but whatever happens, it’s rarely bad to be reminded how to keep down costs.

City dwellers don’t always have access to the enormous superstores that stock the best of these bargains – but what we lack in such strip-lit temples to consumer choice, we often make up for in specialist independents, such as my beloved Halal Meat and Fish (which sells far more than its name suggests) and old-fashioned street markets, which tend to be particularly strong on fruit and veg. I can pick up five verging-on overripe avocados for £1 – less than the price of a single rock-hard “ready-to-eat” one at the supermarket nearby – at mine, well worth the effort of trimming off a few bruised bits. 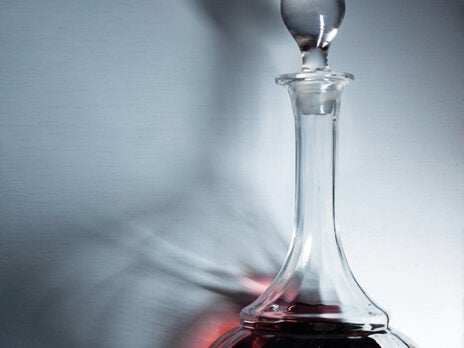 Frozen and canned produce shouldn’t be overlooked though; it’s not just peas and prawns that freeze well, but fresh beans and soft fruit too, and a big bag of whole-leaf spinach is incredibly useful for chucking into curries and pasta sauces when there’s nothing fresh in the fridge. Yes, dried pulses are far cheaper than the tinned sort, but once you factor in the fuel to cook them, it’s often only worth doing so in bulk. Alternatively, think outside the can: food writer and anti-poverty campaigner Jack Monroe, author of the Tin Can Cook, says she rinses the sauce off baked beans “all the time” rather than shelling out for pricey cannellini. (And while we’re on the subject of tinned goods, whole tomatoes often cost less than chopped, and blocks of coconut cream or powder are better value than tins with added water.)

Dry cider, vermouth or sherry is a great substitute for wine in dishes where you only need a splash (and the last two keep far longer once opened) and I hope those with food intolerances know that you can often find alternatives by scrutinising labels outside the “free-from” section.

Lastly, get to know when your local shop does its end-of-day discounting – and pounce. Cheese, meat and fish, bread, bananas, fresh pasta, soup; if you’ve got the space to store it, snap it up. Hopefully, by the time you read this, everything will be sorted out, of course… but you know, just in case.

This article appears in the 16 Oct 2019 issue of the New Statesman, Syria’s forever war