“It’s easy to criticise beauty pageants, to dismiss them,” says Philippa Lowthorpe, “but, even now, they’re a way for young women to get noticed or find power, to do something with their lives.”

This is the premise on which the director’s latest film, Misbehaviour, in cinemas today, is based. Instead of immediately casting aside pageants – those cesspits of rabid objectification! – the film, set in 1970, follows true-to-life stories of contestants, each representing her home country, posing and pouting in the hope of being crowned Miss World, as well as real-life members of the women’s liberation movement (WLM) fighting for an end to beauty competitions altogether.

Lowthorpe, whose recent credits include the BBC miniseries Three Girls and episodes of Netflix’s The Crown, has spent much of her career telling the stories of remarkable women. “I was drawn to this one because it’s complicated,” she says when we meet in a Soho hotel. “It’s not just about women’s liberation. It’s true that Miss World 1970 was a lightning conductor for political protest but our film is broader than that: it’s about the contestants. What were they feeling? What was it like for them? They’re objectified in beauty pageants, but for us to go behind that objectification and see those women as real people, to find out what their ambitions and desires were at the time, how they used the pageant to get what they wanted – that’s fascinating to me.”

Miss World 1970 is best remembered for its ambush by members of the newly formed WLM, who, fed up with merely protesting on the streets outside the theatre, bought tickets to infiltrate the event, and wound up waving rattles, brandishing slogan-emblazoned posters and launching flour and stink bombs at a bewildered Bob Hope (Greg Kinnear), the night’s cringingly misogynistic host.

Among the raucous women’s libbers is bookish Sally Alexander (Keira Knightley), a young woman balancing motherhood and a history degree, and the rather more rebellious Jo Robinson (Jessie Buckley), a mischief-maker never too far from a can of spray paint. “The media is a mouthpiece of the establishment, which this commune doesn’t collude with on any level. So no, we don’t have a television”, Jo says to a bewildered Sally at an early liberation meeting. Yet the success of the WLM’s campaign relied heavily on an understanding of the media. 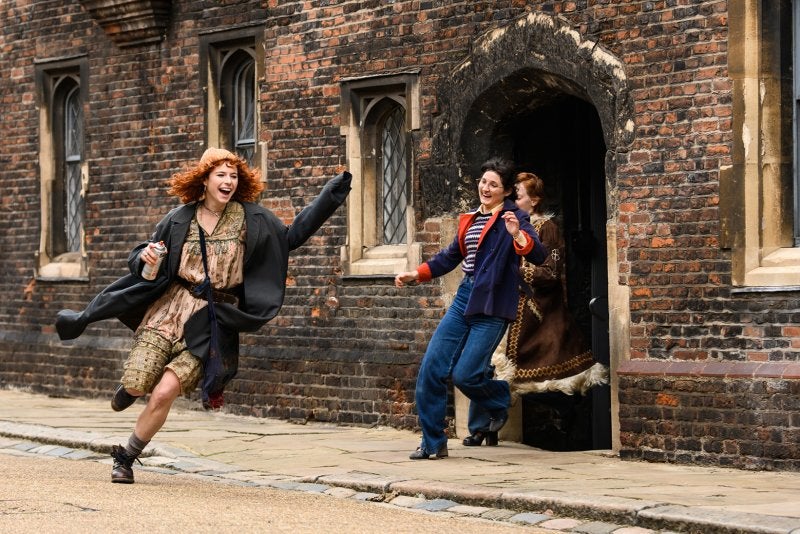 The live broadcast of the Miss World competition had 100 million worldwide viewers – more than the World Cup or the 1969 moon landing. “It’s remarkable that they hijacked Miss World”, says the actor Gugu Mbatha-Raw, who plays Jennifer Hosten in Misbehaviour, following roles in Black Mirror, Belle and The Morning Show, and who sits with just as much poise as her glamorous character. “It was the most-watched TV show in the world, in a time when there were no streaming services. You couldn’t record it and watch it later; you tuned in at the time or you missed it. I think it was an incredibly savvy way to get the most attention and be the most disruptive.”

Misbehaviour does not only tell the story of the British women’s libbers. The 1970 Miss World competition was notable not just for its ransacking – now viewed as a “springboard” for 1970s feminism – but also for the politics surrounding its contestants. The film features Pearl Jansen (Loreece Harrison), a black South African woman sent last minute to take part in the competition to appease anti-Apartheid protesters. Ridiculously, Jansen appears at Miss World as “Miss Africa South”; “Miss South Africa”, a white woman, had already been selected. Mbatha-Raw’s character, Jennifer Hosten, is the first Miss Grenada to appear at the competition. Later she becomes the first woman of colour to be crowned Miss World.

When Sally Alexander and Hosten meet face-to-face in the toilets of the Princess Theatre, just after Jennifer has been crowned and just before Sally is taken away in a police van, two different feminist outlooks come head to head. Sally is adamant that the actions of the WLM were not meant to be an attack on the women involved, but on the patriarchy. Jennifer feels patronised, infuriated that her life choices are not respected by someone working in the name of “feminism”. “I look forward to having your choices in life,” she spits.

It comes down to white privilege. “Sally Alexander was protesting and able to be a rebel,” is how Mbatha-Raw understands it. “In a way, Jennifer Hosten was fighting a different fight of her own. She wanted to be seen in the first place, to be represented, recognised, to be perceived as part of the beauty conversation. It’s about having a seat at the table, and what you do with it. And if you already have a seat at the table, do you take it for granted or not?” Incidentally, Mbatha-Raw’s language mirrors Sally’s. “Turns out my seat at the table was actually a high chair”, Sally says after a particularly distressing university tutorial during which she is almost completely ignored.

Since taking on the role of Jennifer, Mbatha-Raw has come to understand the allure of such contests: “for many women, it can be a path to freedom.” The real Hosten, with whom Mbatha-Raw spent time in Grenada in preparation for the role, “saw through it all”, says the actor. “She wanted to be deemed more than a pretty face, and she proved that later in life.” Hosten went on to work as Grenada’s High Commissioner to Canada, and then to retrain as a psychotherapist. 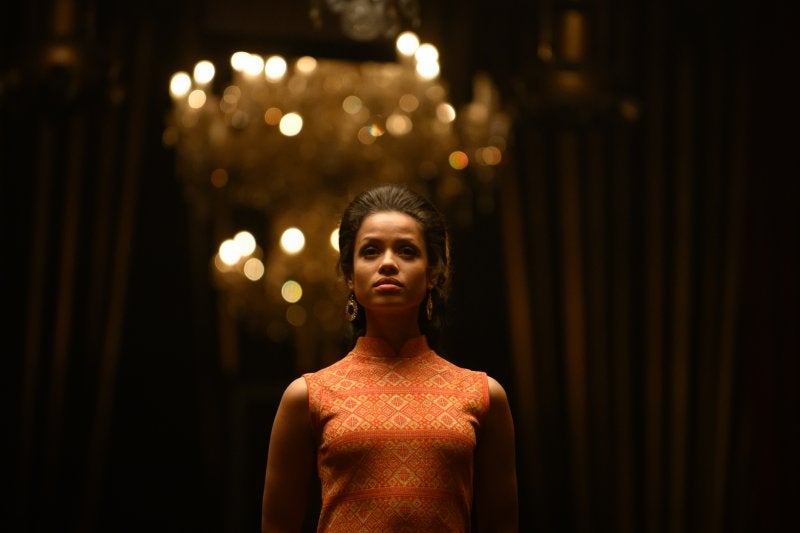 Sally likens Miss World to a cattle market; as the contestants file out during a dress rehearsal, the contest’s founder, Eric Morley calls “Herd ‘em! Herd ‘em!” An even more distressing moment comes when the Miss World contestants, lined up onstage during the swimsuit round, are asked to turn to show their behinds to the judges – and the international television audience. With Lowthorpe and a majoritively female crew in charge, the scene is shot through a distinctly female gaze. “It was really important to me that the audience was made to feel uncomfortable for just a minute,” said the director. “We see what these women have been asked to do, and then, from the other side, we see their faces grimacing. Jennifer had told us about that moment, when she felt like she had rigor mortis in the mouth because it was so uncomfortable for her – even though she enjoyed being Miss World. We wanted to show how the contest objectified women and then peel back to see what they were thinking, from the other side.”

Peeling back the layers of taffeta dresses, gold jewellery and sticky make-up, Misbehaviour tells us, Lowthorpe says, “a lot about what has and what hasn’t happened since Miss World 1970 – 50 years ago.

“It’s a good time to look back and honour the women who fought for our rights, to have equal pay and equal access to education. For me, it’s important to say ‘thank you’ and to remind ourselves what those women did for us. And then for us to consider what hasn’t changed. What are we still fighting for?”