When Kim Longinotto visited Palermo, Italy, to film her new documentary, she noticed that some cafes and restaurants had stickers in their windows. The stickers read: “Un intero popolo che paga il pizzo è un popolo senza dignità” (“A whole people who pays the pizzo is a people without dignity”). Recent investigations into corruption estimate that around 80 per cent of Sicilian businesses continue to pay “pizzo” – protection money – to the Mafia. In 1991, one of the first people to refuse to pay pizzo – a shopkeeper named Libero Grassi – was shot dead.

“When I saw those stickers, I thought, you brave people. How could you be that brave, knowing what could happen to you?” says Longinotto when we meet in London.

The filmmaker’s latest documentary, Shooting the Mafia, shows a rarely seen side to the Cosa Nostra, Sicily’s organised crime group that primarily deals in protection racketeering, using violence and intimidation to gain power. “I started to realise that all the Hollywood films I’d seen about the Mafia were really skilful propaganda films. I’d never realised it before,” says Longinotto.

Turning her back on the glamorised violence of Martin Scorsese and Robert De Niro, her film highlights the everyday brutality of the Cosa Nostra, whose illegal activity has, since the 19th century, included everything from profiting from the funerals of the poor to running illegal slaughterhouses and fixing the meat, fish and fruit markets. “There is nothing with any money in it that the Mafia won’t touch,” says one of the film’s many narrators, ominously.

Spielberg’s The Fabelmans is a major and personal work

Longinotto has made a career telling the stories of women and girls facing oppression and discrimination. In The Day I Will Never Forget (2002) she documented survivors of female genital mutilation in Kenya; in Divorce Iranian Style (1998) she followed women seeking divorces in a court system that works against them at every turn.

At the centre of Shooting the Mafia, Longinotto’s 22nd film, is Letizia Battaglia, “an amazing woman, a rebel, a pioneer”. Born in Palermo in 1935, she married at the age of 16 and raised three daughters. In her forties, she left her life as an unhappy housewife stifled by Italy’s patriarchy, and took up photography. When she joined Palermo’s L’Ora she became the first female photographer to work at a daily Italian newspaper, and would go on to take 600,000 images documenting the Mafia’s assault on local communities.

Now aged 84, Battaglia appears in the film about her remarkable life with extraordinary poise. She wears her hair in a coppery full-fringed bob, drapes herself in velvet, and is rarely seen without a cigarette in hand. Clips of her sitting outside cafes, smoking and drinking coffee, are interwoven with archive footage of Sicily during the 20th century, newsreels of the Maxi trials of the Eighties and Nineties, clips from classic Italian movies, and Longinotto’s shots of contemporary Palermo’s bustling markets, its young boys playing football in the streets. These are all punctuated by Battaglia’s striking stills: a prostitute and her two male gay friends in a living room, all lying dead; a body, face down in a concrete alley-way, blood pouring from the head; a whole community gathered on the street to bear witness to the latest atrocity. 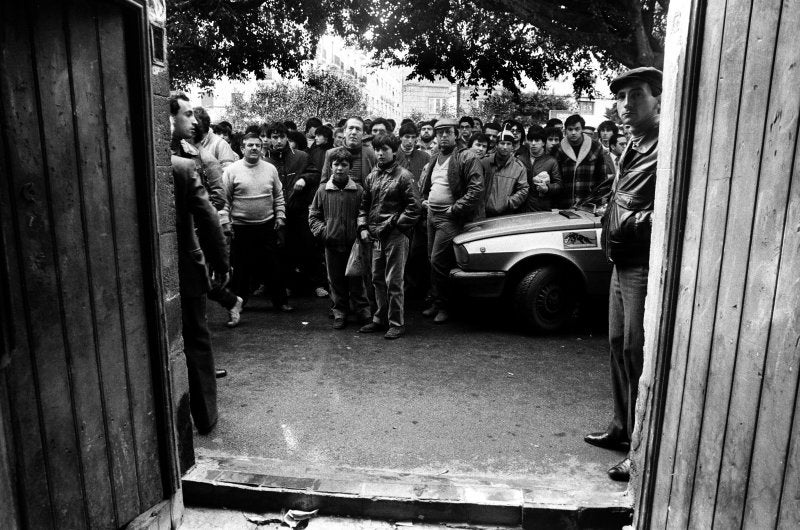 These depictions of the aftermath of violence – of communities torn to shreds and left alone to despair – are not images you see in The Godfather or Goodfellas. The more Longinotto learnt about the everyday terror faced by the people of Palermo, the more she realised how Hollywood had re-written history. “I suddenly realised that these films are what has stopped Sicily from developing, what has kept its people in poverty. It made me think: what is entertainment? Like anybody, I love a good, exciting film for pure entertainment value. But you could make a really good film, a thriller, from somebody standing up to the Mafia.” Longinotto does just that: alongside Battaglia, Shooting the Mafia highlights Giovanni Falcone, Battaglia’s friend and a judge who spent his professional life working to overthrow the Cosa Nostra. Longinotto pits the domestic against the hellish: Battaglia was visiting her mother on a Sunday afternoon in 1992, she describes, when she heard the news of a car explosion, set up by the Cosa Nostra, that killed Falcone and his wife, the magistrate Francesca Morvillo.

Members of the Mafia call themselves “men of honour”. “But they’re not real men!”, says Longinotto. “These are men who kill children who are witnesses to Mafia murders.” And they’re certainly not honourable: “What they think is morality is actually the nuclear family, Catholicism, patriarchy. It’s a world view which Scorsese films buy into.”

Already in mid-life when she left her husband and daughters to start her photographic career, Battaglia’s very way of life challenged Mafia “morality”. “For all of us who work and are committed to it, it’s really nice to hear a woman saying ‘I left everything. I put my work first,’” says Longinotto. The film is striking in its insistence on focusing on Battaglia’s career over anything else. One particularly moving moment shows a present-day Battaglia sitting in front of the camera, faced with questions about her relationship with the three daughters she left behind. “I could talk about it but I… I don’t want to,” she says. Reviewers have criticised the film for not offering a full picture of Battaglia’s family life, “but that’s nothing to do with my film,” says Longinotto. “If you want to make a film about her daughters, that’s another film.” 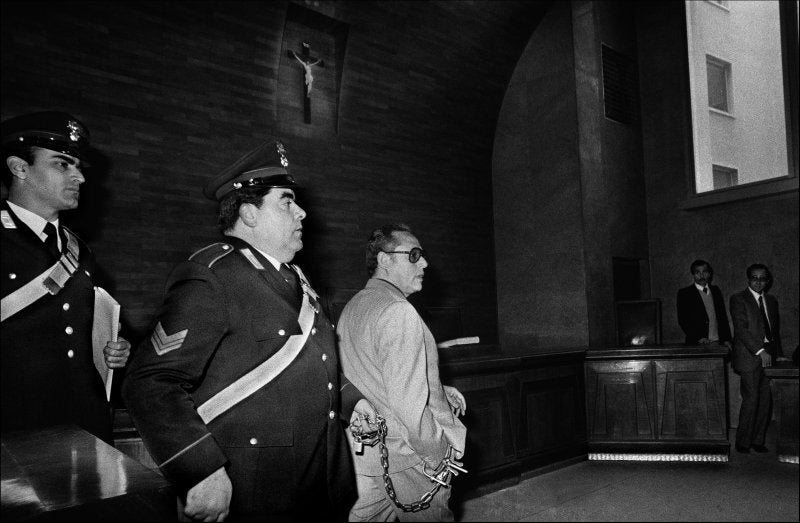 Battaglia’s very existence as a female photographer – and her insistence on documenting the Mafia’s dishonour – stunned her subjects. “Imagine how they felt, being photographed by a woman,” she muses, as her black and white photographs of Mafia leader Luciano Liggio arriving in court appear on screen. At murder scenes, Battaglia had to “scream and cry” before the police would allow her entry to take photographs, while TV crews were ushered straight through. “You know what it cost her to get there,” intones Longinotto.

In Palermo, the stickers that Longinotto spotted in restaurant windows are an unnerving sign of the Mafia’s continued influence. “People are still watching Hollywood films and wanting to join the Mafia. Young kids in Sicily still want to join the Mafia. It’s so clever and it’s so deep and it does work. We have to rethink the whole idea of propaganda.”