This time last year, Star Wars Episode VII The Force Awakens debuted to the vast box office necessary to justify both Disney’s costly acquisition of Lucasfilm, and it having already committed to four further films in the series. It also bowed to near universal acclaim, with the loudest public criticisms taking the form of diatribes from man-children annoyed it had, in Daisy Ridley’s Rey, a female lead.

This year’s Star Wars, Rogue One, also has a female lead: Felicity Jones’ Jyn Erso. It’s not difficult to see why Kathleen Kennedy – the producer who has inherited much of Star Wars’ creator George Lucas’ “showrunning” role – would want to improve the number, and prominence, of female characters in Star Wars, given the original 1977-83 trilogy has a total of four speaking roles for women in a cast of literally hundreds.

Disney seems to have learned from the #WheresRey social media problem last year, where the lack of availability of toys of the film’s protagonist prompted accusations of sexism, with lots of Jyn Erso merchandise available in its flagship stores. The amount of Kylo Ren-branded material littering the UK’s discount shops suggests Disney may have picked the wrong character when looking for the “breakout” who would appeal across demographics. It’s worth adding that Star Wars merchandise has a decades-old habit of favouring characters who wear masks, presumably because there’s no requirement to pay an actor for using their face.

Rey merchandise may also have been scuppered by the publicity of the film’s cack-handed attempts to hide her significance by implying John Boyega’s Finn was a Jedi. The Force Awakens’ co-writer/director JJ Abrams’ earlier film, Star Trek Into Darkness, was similarly deliberately misleading about plot threads in its merchandise and publicity campaign. 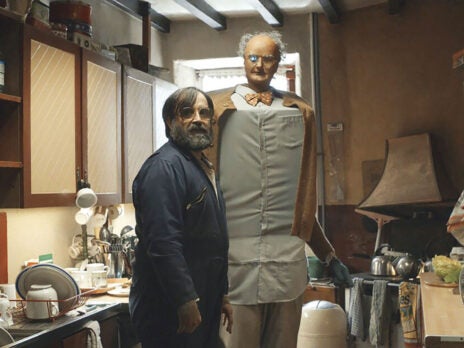 Noises off about Rey, who was the best thing in the picture, obscured its actual creative issues: the script’s duelling McGuffins, coincidence-based plotting and habit of knocking characters out when they’re getting in the way of the plot, plus a final act that devolves into the cinematic equivalent of karaoke. (Although charges that it’s a remake of the original Star Wars more generally are invalid, given the nature of how Star Wars works.)

The film’s lack of new design work, something never in short supply in Star Wars before, was also surprising. The planets we see are Not-Tatooine, Not-Endor and Not-Hoth in that order, one for each of the 1977-1983 trilogy. This, combined with the nature of Kylo Ren as a kind of cosplay Darth Vader with his own army of ersatz Stormtroopers – and the use of almost wholly unmodified designs for X-Wings and Tie-Fighters – demonstrate Abrams’ principal creative drivers were nostalgic.

This is, of course, one of the reasons for its success. The presence of Han Solo and Princess Leia, both played by the original actors, neither of whom had been seen for 32 years, made the film an event. But nostalgia cannot fuel a billion dollar film franchise forever.

Recent years have shown Disney can release multiple Marvel Comics movies a year, and most them will to earn half a billion dollars in box office receipts alone. On that basis, one Star Wars film a year seems almost frugal. But the Star Wars and Marvel IPs are distinct. Marvel can call upon dozens of marquee characters, many of whom have their own fanbases, and can explore environments as different as street level New York and outer space in the company of a talking raccoon and a walking tree while still being “authentically” Marvel.

Star Wars to date, though, lacks such variation. The films have told a single long story, a family saga of a kind. They have even had numbers indicating their place in the overall saga. While there has always been a vast Tolkien or Herbert-like universe behind those characters, it has always been background. If it’s to make Star Wars films every year, Disney is going to have to make plenty which take place in that background. Rogue One, which does not have a number, is Disney’s first stab such a film. They’ve called them “standalones”, while the “Episodes” have been christened “saga films”. It’s a prequel, not a sequel, and takes place immediately before the original Star Wars. It’s a sort of Episode III.999999 recurring.

Can a Star Wars film largely without familiar characters played by familiar actors do enough business? Rogue One is hedging its bets. Jimmy Smits who played Bail Organa in Episodes II and III, and Genevieve O’Reilly who played Mon Mothma in the latter, are reprising their supporting roles. More significantly, contrary to the assumption this would be the first Star Wars film to not feature the Skywalker dynasty, the publicity has been keen to emphasise Darth Vader’s presence.

Episodes VIII and IX are in place for 2018 and 2020, as is a Han Solo prequel for 2019. As for 2021, nobody knows. It is possible, however unlikely, that Disney may have to stop, or pause. At that point, it will have made five Star Wars pictures in five years, something that took Lucas himself over five times that long.

“Saga films” have an obvious place at the box office. “Standalones” don’t. Can Star Wars retain its prominence among franchises when it’s a yearly excursion, not something that pops up every three years for a while then goes back to sleep for a generation? No one knows.

Also, can future Star Wars films always rely on their iconography and John Williams’ musical themes to make them a big deal? Disney will have to hope they can. Otherwise the presence of, for example, Daisy Ridley, Carrie Fisher or Mark Hamill becomes essential to any future Star Wars picture, dramatically reducing Kennedy’s options.

Disney paid over $4bn for Lucasfilm (most of which has since gone to charity). That will never be a bad investment. Merchandise and theme parks will generate vast income for the foreseeable future. Yet it may not be either the money tree, nor the creative well, which many anticipated. Particularly those who saw Star Wars as being “liberated” from a creator who had mishandled it.

It’s a pleasing intertwining of text and meta-text that the success of Rogue One’s mission is as vital to the future of Disney’s Star Wars as it was to that of the rebellion against the Empire. Real life, however, is never a prequel. That success is not a foregone conclusion, and we don’t know what happens next.