The trains are still running. I know because I’ve seen them. When out to exercise, or grocery shop, or glare at the backs of joggers huffing past in a miasma of sweat and spittle, I spy the dusty white carriages lumbering into Lewisham station, the tinted glass just clear enough to show they are empty, save, presumably, for the odd key worker.

Maybe those on board think it a small mercy of the present horror, a frayed thread of a silver lining, that their journey is no longer soundtracked by men in easy-care chinos and open-necked shirts. Men who, when not hammering at their MacBooks with a gaze and intensity appropriate to someone sequencing the human genome in their head, treat the carriage as their own private meeting room. In short, that they don’t have to suffer Bob Mortimer’s Train Guy.

Appearing on Mortimer’s Twitter and Instagram in October last year, Train Guy went viral as the archetype of every tosser from the ever-booming management classes who made your commute worse than it already was. He is the Irritant Alpha King of the public transport users yet to hear the good news about headphones, or silent mode, or quiet zones, or not behaving like a needy, bellowing, man-spreading man-child when in close confinement with others.

In Mortimer’s videos Train Guy, riding the “Network Fail” into London, FaceTimes his colleague Colin to report on his go-getting ventures and hectic schedule, and to brag about a forthcoming meeting “visage a visage” with corporate titan Geoff Linton: a man who, it is said, put the point on top of the Shard. (“Ten minutes with Geoff Linton, it’ll be like playing Warhammer with Thor!”) 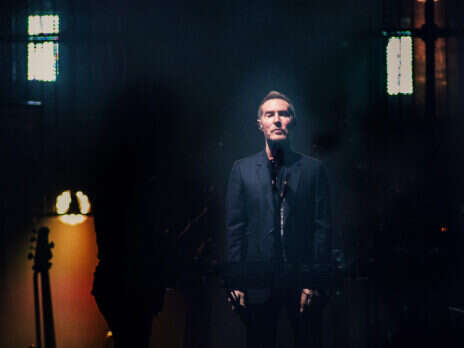 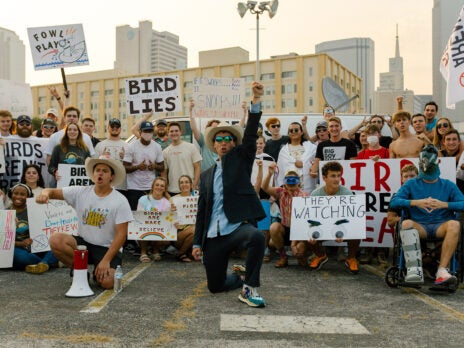 Train Guy’s voice is a perky transatlantic adenoidal drawl, all vowel elongation, wacky suffixes (“catch-up-a-roonie”), and question-intonated vocal tics and filler. It is a voice that, before it colonised the boardroom, was once associated with Radio 1 DJs. His conversation consists of macho, sexualised self-aggrandisement (“I did the moonwalk all over the boss’s tits, you know what I mean?”) and passive-aggressive banter; mashed up buzz-phrases (“reverse loop on the peripherals, yeah?”) and explosions of pidgin Italian – as befits a lover of “artisan campa-choo-choo”.

If he were merely that, though, then Train Guy would be dangerously close to the “observation humour” that Mortimer and his comedy partner Vic Reeves have always mocked. He is lifted by Mortimer’s non-sequiturs (“Col you are, as always, a buttery spaniel”) and gift for language. When Train Guy gets free meet-and-greet concert tickets, he gives a perfect description of Phil Collins as “the little cockney bongo miracle”. London is the “win-win, count-me-in city… the opportunity knocking shop”. Similarly, Mortimer’s appearances on Would I Lie To You? inject life into what is otherwise an occasionally diverting parlour game. A large-headed friend is a “sniper’s dream”, a vague memory is compared to “fingerprints on an abandoned handrail”.

Mortimer and Reeves have been together since the late 1980s. Theirs is a fringe world steeped in Python and Dada and the vernaculars of their native north-east, from Hartlepool to Middlesbrough to Newcastle. Yet they have always sustained a mainstream presence. In their time they have been pop stars, prime-time hosts, and stars of Saturday night drama. Mortimer has branched out in recent years, including his sort-of-football podcast Athletico Mince (its character Barry Homeowner is a close relation to Train Guy), and his charming fishing programme with Paul Whitehouse.

Often his work is odd for its own sake, but it can also be an oblique social commentary, exposing the absurd by heaping on further absurdity. Nonsense is, in its way, an aggressive response to the order of things. Train Guy is a man encased in the bubble of his own over-rewarded career in some opaque and ephemeral corner of the service sector. The sort of high-grade professional we find we can currently do without. But he is still with us, Zoom schedule in overdrive, busy busy busy, ready to thrash out some forward actionables and ping Col over any pearls from his “inspiration isolation station”.

In The Weekenders, a 1992 sitcom pilot, Reeves and Mortimer walk into a shabby hotel. At reception they hit the bell for service, heedless yet aware as the scene around them explodes, its reality flimsy and fantastical. Their world-view hasn’t changed. Mortimer – now a sixtysomething with a triple-bypass under his belt – still has an unbound comic imagination, proof that a lively and interesting mind is the best defence against age.

In a time when we need, as he put it “perseverance in the face of a wall of shit”, it’s good to know that he’s around, making stuff up about footballers and selling cat names on Twitter (“£8 each”). He is, as ever, an idle trout, an adult wolf, a national treasure.

Bella graciano Bob. And have a campa-choo-choo on me, yeah?

Peter Williams is head of production at the New Statesman.