A while ago, I was on a first date, via Tinder. Let’s call the fella Joe. He knew I’d grown up in India and had only been living in London a few months. I’m sure before we met he’d made a few assumptions about what that might mean.

Joe and I got on – easy chat, arm touching, the lot. A few drinks in, Joe relaxed and revealed I wasn’t as he’d expected; my English far too good and my pop culture references too familiar for someone who’d grown up so far away.

I did a big ol’ eye roll in my head, while politely explaining that English is my first language and I grew up watching Crystal Maze just like he did.

“But the way you talk,” he said. “I can hardly hear your accent. If anything, you sound posh. Posh, with a hint of curry!”

I stared at him in silence, confused about whether to be amused or offended. Of all the things I wanted to say, this slipped out: “But brown people can’t be posh!”

“Sure you can,” he explained. “You use words like ‘thrice’ and ‘hence forth’, those are things only posh people do.”

I sort of understood his confusion. The outcome of a colonial education was being interpreted as a marker of upper-class status. “Oh, dear Joe,” I thought to myself. “I speak the way posh white folk taught my people to speak. This is imitation Burberry, not the real stuff.”

I never saw Joe again. But he left me curious about the concept of poshness. There are the usual tropes: privately educated, preppy dressing, polo playing types called things like Arabella or Bertram.

But the word posh gets thrown around lot. For someone who hasn’t grown up in England, it’s a bit difficult to understand. 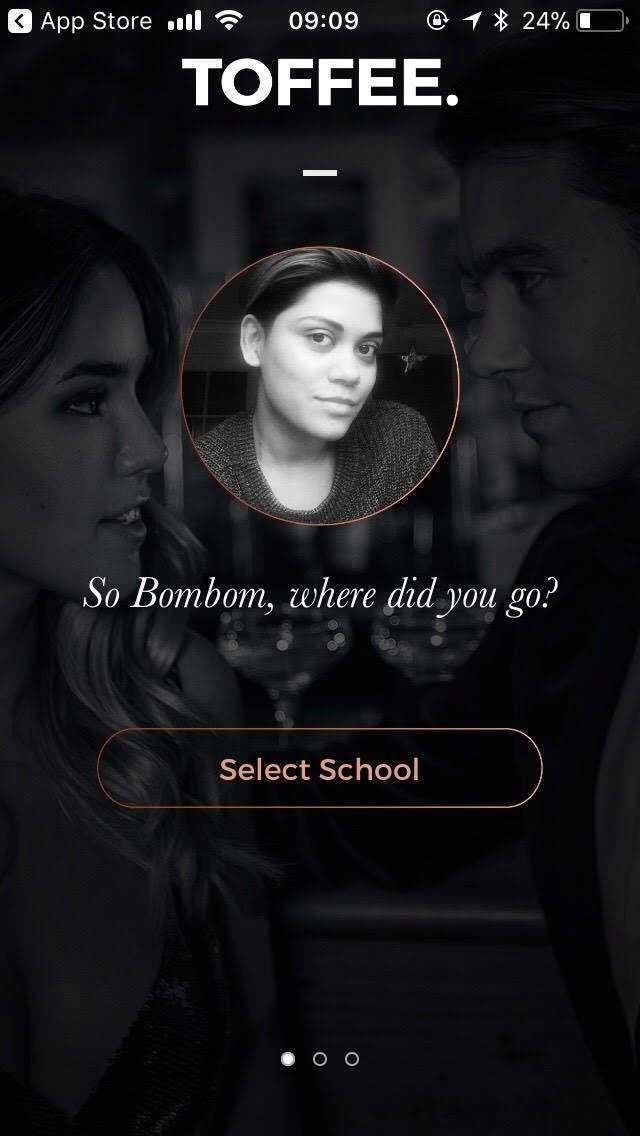 The recently launched dating app called Toffee is an app exclusively for posh people, according to its founder Lydia Davis. Predictably, reactions to the app have been those of ridicule and outrage with most woke Twitter warriors saying it’s another way of reinforcing archaic social stratification some of us want to move away from.

In reaction, some posh people sulked about being the subject of ridicule; they didn’t choose to be called Bertram.

Part of me sympathises.

Curious, I downloaded Toffee. But for Toffee, the fact that I use the word “thrice” isn’t quite posh enough. To be able to use the app you have to have gone to a private school, either in the UK or US.

There are schools in India that may be considered posh, like the Doon School. It’s where the Indian one per cent goes – your Nehrus and Gandhis. There’s a large population of Doon School alumni in England, but I couldn’t find reference to it on the app.

Toffee isn’t for all upper-class people, then; it’s an app for upper-class white English people. This reaffirms what I said to Joe: “Brown people can’t be posh.” 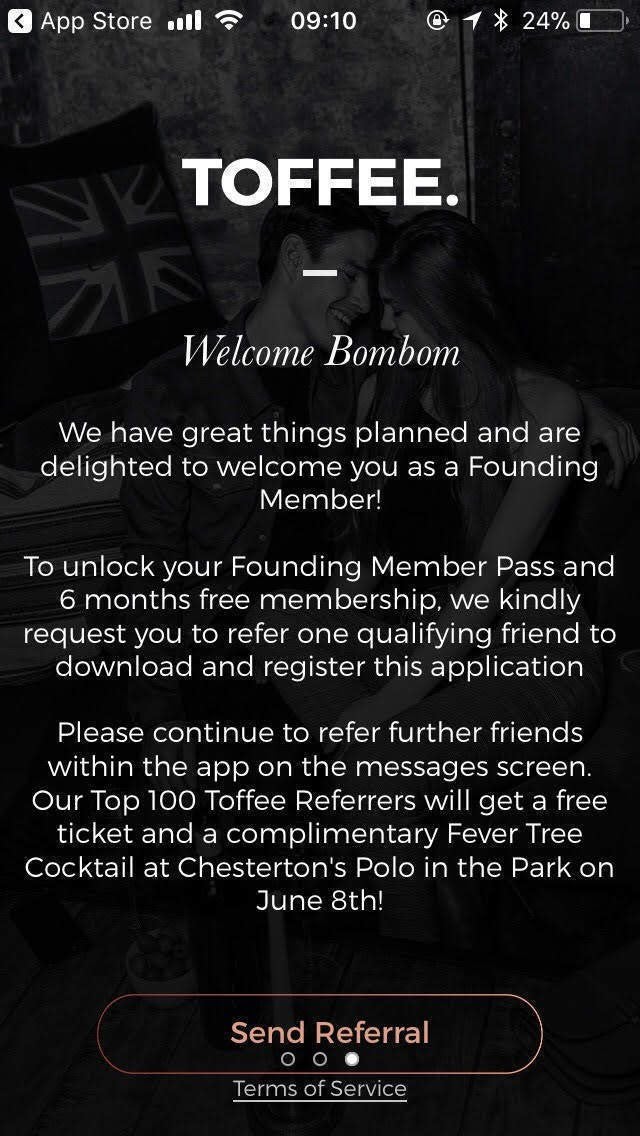 A referral incentive includes a ticket and drink at a polo event. Photo: Salonee Gadgil

Having been single for two years, and done a deep dive into the world of dating apps, I’ve discovered as many types of men in this country as there are varieties of cheese. Sure, the Europeans do cheese better – and perhaps they do men better too – but we’re on the subject of variety not quality.

Personally, I believe one of the joys of using dating apps is the sheer variety of people they introduce you to. You have the chance, if you have an open mind, to extend the limits of your social circle. I should know, I’ve dated an underwater mechanic, the owner of a tech company, a string theorist, a poet, a cop and a trapeze artist. And my life has been richer for it.

I despair at the idea that people are choosing to find love based on how much money their potential partner’s parents spent on their education. But equally, I like the idea that Arabella and Bertram can have their own fenced-off manicured field to play equestrian games in. I imagine they discuss that enlightening gap year they had in India, where they took yoga lessons – the instructions were in impeccable English, would you believe it?!

Me personally, I’d rather run free among those who believe they could find love anywhere, even the circus.

Salonee Gadgil is on the editorial team at Creative Review magazine. She co-hosts a talk series called The Swipe Hype: a modern-day salon held once every quarter in London to discuss the dilemmas of dating in the digital age.