Star Wars: The Last Jedi was the big winner at the 2018 Rakuten TV Empire Awards last night: picking up no less than six awards, including best film, best director and best actress for Daisy Ridley.

Unlike most major film awards, the Empire nominees and winners are chosen by the public: the readers of Empire Magazine are able to vote for their favourites. As a result, the awards skew more towards blockbusters than any other major ceremony. The awards, this year sponsored by video-on-demand service Rakuten TV, who were my hosts for the evening, are the final ceremony in the film awards circuit each year. 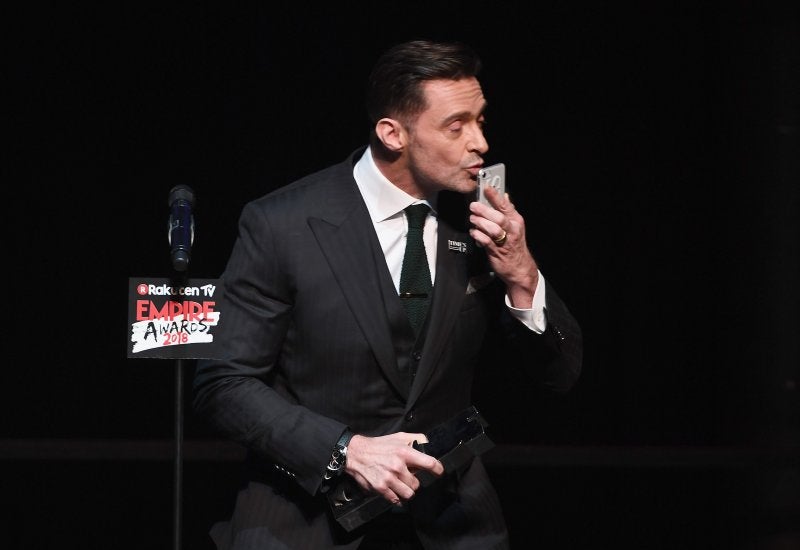 Get Out won best screenplay and best horror, while Patty Jenkins collected the award for best sci-fi-/fantasy film for Wonder Woman. But smaller, more independent films that didn’t dominate the box office also have a shot at winning big: God’s Own Country picked up best British film and best male newcomer for its lead Josh O’Connor.

And the biggest award of the night – the “Legend of Our Lifetime” award, was presented to Steven Spielberg by Simon Pegg, in recognition of his outstanding contribution to cinema. His speech touched on the meaning of the word “legend” (“I was pretty chuffed up driving from Luton to here to receive this award, thinking about “legend” and what that means. I passed this billboard for the new McDonalds Chicken Legend sandwich. And I thought all things in perspective, you know.” ) and the #TimesUp movement (“I think in 10 years we’ll look back and realise what a watershed moment we are all experiencing together. 2017 to 2018, it’s extraordinary what’s happening right now.”)

The ceremony was held at Camden’s Roundhouse, and hosted by Empire editor-in-chief Terri White and associate editor Chris Hewitt. This year marks the first year that the awards have been sponsored by Rakuten TV. Advertising itself with the slogan “Your Cinema At Home”, the platform specifically hopes to shorten the window between when a film is released in cinemas and when it becomes available to watch at home. It’s a premise that might terrify movie studios, and one that Rakuten insists will simply minimise film piracy, as it hopes to acquire blockbuster releases soon after they have appeared in cinemas.

But love for movie theatres themselves ran high at the Empire Awards, with Steven Spielberg ending his acceptance speech with a much-applauded ode to the “magic” of the cinema:

“I’d like to conclude by just saying this: a great passion of mine, and one I think I share with a lot of other filmmakers in this room, is delivering movies that are meant to be seen on the big screen in cinemas. To be sitting together in the dark, in the community of strangers, all watching the same story while laughing together, and screaming together, and maybe crying together: that magic doesn’t happen as powerfully in the safety of home as it happens when you go out to the movies. So I hope that moment and these events never, ever fade to black.”

Best Film (presented by Sky Cinema)
• Winner: Star Wars: The Last Jedi
• Get Out
• Call Me By Your Name
• Thor: Ragnarok
• Wonder Woman

Best Screenplay
• Winner: Get Out
• God’s Own Country
• Call Me By Your Name
• The Death Of Stalin
• Three Billboards Outside Ebbing, Missouri

Best Documentary
• Winner: I Am Not Your Negro
• I Called Him Morgan
• City Of Ghosts
• An Inconvenient Sequel
• Jim & Andy: The Great Beyond

Best Soundtrack
• Winner: Baby Driver
• Guardians Of The Galaxy Vol. 2
• Logan Lucky
• Beauty And The Beast
• Call Me By Your Name

Best Visual Effects (presented by Vue Entertainment
• Guardians Of The Galaxy Vol. 2
• War For The Planet Of The Apes
• Thor: Ragnarok
• Winner: Star Wars: The Last Jedi
• Ghost In The Shell

Best Make-Up and Hair
• Winner: Beauty And The Beast
• Murder On The Orient Express
• The Greatest Showman
• Thor: Ragnarok
• Ghost In The Shell