Just over a year ago, I was on a plane to Japan being violently sick. I had filled exactly two-and-a-quarter sick bags with my half-digested ginger-chicken-and-bread-roll before I decided to think about Neville Longbottom. As the plane rocked from side to side with turbulence, I sat completely stiff in my seat, clutching my armrests, and thinking of Neville. I told my boyfriend to shut up. In an effort to abate my nausea, I distracted myself for the remaining hour of the flight by picturing the peaceful plant-lover over and over again, like a visual mantra. I wasn’t sick again.

I’m telling you this anecdote because this was the only time in my life that Harry Potter acted as some strange and magical cure (even then, the fact there was no inflight meal left in my stomach to throw up had more to do with it). And yet, a few years before this, Harry Potter did help me through my depression. When we talk of Harry Potter and depression – which we do, a lot – we imagine that the lessons of the book can teach us, in a Don’t let the Dementors get you down! way, to not be depressed anymore. What do you mean you want to kill yourself? Banish that beast to Azkaban with your silvery kitty cat Patronus!! For me, it wasn’t like that at all.

In 2013 I was depressed. And Harry Potter helped me through. But it wasn’t magical, and it wasn’t wonderful, and there was no lie-back-and-think-of-Neville instant fix. When I closed the cracked spine of the last book, my depression didn’t go away. 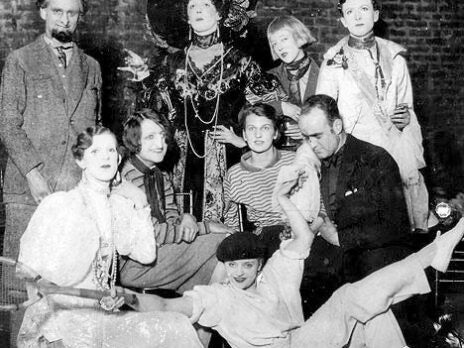 Here’s some context, as plain and painlessly as I can put it. I had just graduated from university and ended my four year long relationship. I was living at home and working three jobs a day to be able to save up to do a six-month journalism course in London (the course was free, but eating is a thing).

Early in the morning, my mum would drive me to the local hospital where I would print out sticky labels and put them on patients’ folders, in between sobbing in the disabled toilets. Around lunch, I’d go to work in a catering department, where I printed yet more labels and made sure to order the correct amount of gravy granules and beef. At five, my mum would pick me up and drive me home (thanks mum), and I’d have an hour or so to eat something before going to work in the local steak restaurant for the rest of the night. (On weekends, I had a fourth job – I would wake up early to scrub the restaraunt’s toilets. Yay!)

It sucked – even though there was, at least, a woman in the hospital who liked to do an impression of a Big Mouth Billy Bass fish.

“You’re not just depressed, you’re depressing to be around,” said the boy I was not-dating, two weeks after I said we should stop not-dating and a week after I begged him to start not-dating me again. If I was being dramatic and poetic, I’d say he was the kind of boy who stopped at nothing to make you feel unloved, but if I was being honest I’d say: he was really bad at texting back. Still, tip for anyone wondering what to say to someone who is depressed: Not This.

This wasn’t, exactly, the moment I realised I was depressed. (For a little extra context, note that it was Christmas Eve eve!) For a few months, my tongue had felt constantly burnt. Every moment of every day, my mouth felt like I had just bitten into the chewiest, gooiest molten pizza and burned off all my taste buds. Except I hadn’t. Eventually, Google told me this was a little-known symptom of depression called “burning mouth syndrome”. After ignoring clues such as constant crying, and knowing-the-exact-number-of-storeys-you-have-to-jump-from-to-ensure-you-die, I realised what I was. You know, depressed.

And round about here was when Harry came in. I’d always been obsessed with Potty Wee Potter, from the lilac HP branded M&S fleece I wore as a child, to making my brand new uni mates don pillowcases and bin bags to dress up for a screening of Deathly Hallows, Part 1. But by 2013, I hadn’t read the books for a while. So I started again.

I can’t emphasise enough that these books didn’t cure me. They didn’t even come close. But one of the worst parts of my depression was my anhedonia – which is the inability to feel pleasure in things you previously found enjoyable. I would spend (literally) all day at work, dreaming of the moment I could crawl into bed with a cheese sandwich and watch my favourite show. But the first bite of the sandwich tasted like dust, and I couldn’t concentrate on watching anything for more than thirty seconds. I lost a lot of weight incredibly fast, and there was no respite from any of my thoughts.

Except: Goblet of Fire. Harry needs a date! And Hermione wants a House Elf revolution! Wait, does Ron fancy her? Harry can’t manage Accio and THERE’S AN ACTUAL DRAGON ON THE WAY. The fourth Harry Potter book is now my favourite, because its episodic and addictive structure meant I couldn’t put it down even when I knew what happened next. I couldn’t enjoy anything in my life at that time, and I’m not even sure I “enjoyed” Harry. But the books were a total and complete distraction, like slipping into a Pensieve and floating down into another world where you could lose track of the time before being yanked, painfully, up and out.

I didn’t learn any lessons from the Dementors. I didn’t learn that love would get me through. As valuable as these messages in Harry Potter are, none of them helped me with my depression. What helped me was – and I can say it and you can say it, because 450 million sold copies have said it – insanely good writing. Addictive, un-put-downable writing. All-consuming, time-consuming, just-a-second-mum-put-mine-back-in-the-oven writing. Writing that allows you to lose yourself in the moments you most want to be lost.

That’s not to say, of course, that the messages of Harry Potter can’t help people through dark times – they have and will continue to do so for many years. There is no right way to be depressed, and there’s no right way to stop. But for me, Potter helped me through my anhedonia when nothing else at all could. It wasn’t magic. It was something ordinary in a world where everything had changed.