When you find a new piece of pop culture that you love, all you want to do is talk about it with other people. It’s more enjoyable when your friends have also fallen hard for the same thing, but a truly smitten fan can carry easily on a conversation about their new obsession with half a dozen others who have only a polite passing interest.

In the case of Hamilton, the hip hop musical by Lin-Manuel Miranda about the life of the US Treasury Secretary Alexander Hamilton that has broken box office records and received an unprecedented number of Tony award nominations, this effect has been amplified by how difficult it is to get tickets to the actual show. Tickets for the London production of the show went on sale earlier this week, and are already being offered for over $6,000 on reselling websites.

Travon Free, a comedy writer who has previously worked on The Daily Show with Trevor Noah, told me that when he first saw the show in 2015, it was like joining a secret society. “In New York, anyone who has seen Hamilton – you instantly become like the elite,” he explained, speaking to me by phone from Los Angeles. “You’re in a special club where you and only a handful of other people can talk about this thing that you’ve seen. It was impossible to get into, and at the time there was no soundtrack so people can’t even get in with you [that way]. You just have to have seen it or not seen it.”

Free is now the co-host of a podcast called The Room Where It’s Happening, which is going through Hamilton song by song, discussing each number with a different guest. The idea of the podcast grew out of those conversations he was having with fellow diehard Hamilton fans, Free explained. 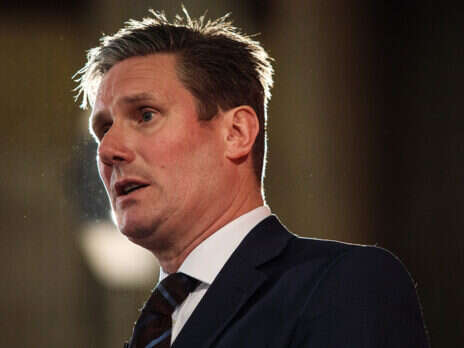 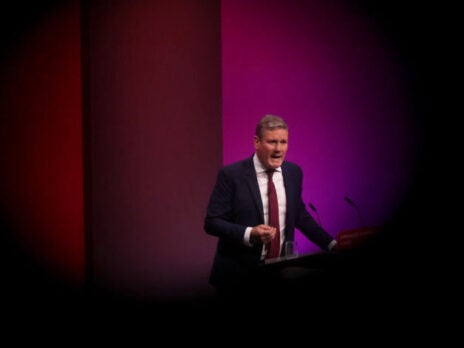 If Keir Starmer resigns, who replaces him? With Andrew Marr

There will be 46 episodes of the podcast in all, because that’s how many tracks there are on the Hamilton original cast recording – 25 have been produced so far. Guests have included Ron Chernow, who wrote the 2004 biography of Alexander Hamilton that inspired Miranda to write the show, the Broadway actress and star of Wicked Kristen Chenoweth, and Alex Lacamoire, the musical director and orchestrator of Hamilton. Once every song has been done, the podcast will “live on forever for Hamilton fans to find”.

From the beginning, listeners’ voices have been a big part of The Room Where it’s Happening. Free and his co-host Mike Drucker (a writer for The Tonight Show with Jimmy Fallon) invite people to call in and say what their favourite Hamilton song is and why. The voicemails are then played around each segment of the podcast. The reason for including so many of them, Free explained, was to continue that sense of the show as a conversation between fans.

“We knew Hamilton was a show that people really, really love. [Listeners] tweet me all the time and they always want to tell me basically the same things that we ask of them on the show. Having that involvement makes them feel more a part of [it].”

The Room Where It’s Happening is far from the only Hamilton podcast: Pod4Ham, Hamilton the Podcast and even recordings of Hamilton’s Federalist Papers are all going strong. Gillian Pensavalle and Bianca Soto started their show, The Hamilcast, at the end of January 2016. Like Free, they wanted a space to share the fervent conversations they had been having about the musical with other fans. Their show is less rigidly-structured than The Room Where It’s Happening, with the hosts instead talking freely around the latest Hamilton news and weaving in interviews with cast members and fellow enthusiasts. They also run a book club-style strand around the Chernow biography.

Over email, Soto explained that podcasting seemed like the natural vehicle for what they wanted to do because the musical itself is so rooted in the written and spoken word. “Our fandom had already materialised in a conversational manner,” she explained. “Whether it be over text or in person, it’s rooted in the words.”

“The words are so precise and specific, yet references can be very subtle and nuanced,” Pensavalle added. “It wasn’t a situation where I said, ‘I want to do something about Hamilton, what should it be?’ A podcast was the first and only idea, and it makes so much sense because the conversations are endless.”

The community that has formed around The Hamilcast is rooted in this ongoing fan conversation about the musical. “From the very beginning, listeners have been telling us that our podcast helps them feel less alone, like they’re sitting in my living room chatting with us,” Pensavalle said. “It’s very common for us to hear from people that they’re the only person in their town or school who loves Hamilton, and they love having us there to fan out with,” added Soto. “Plus, Hamilton is a phenomenon but it’s not very accessible,” said Pensavalle. “Listeners tell us that our podcast is another way to feel connected to the show.”

Hamilton was already an emblem of inclusivity and diversity (thanks to the creators’ decision to cast predominantly black or Hispanic actors to play historical characters who were white in real life). But when the newly-elected Vice President Mike Pence saw the show a couple of weeks after the presidential election in November 2016, it all went up a gear. Cast member Brandon Victor Dixon made a speech during the curtain call imploring Pence to “uphold our American values and work on behalf of all of us”. Donald Trump did some angry tweets about the incident, and suddenly it was global news.

Barack and Michelle Obama were among the earliest Hamilton fans – Lin-Manuel Miranda debuted a version of the show’s opening number at a White House poetry jam in 2009, and the Obamas can clearly been seen in the audience, having a great time. The former president even recorded a video message for the show’s appearance at the Tony Awards. In a sense, the conversation that these Hamilton podcasts are having feels like a continuation of the Obama era. “We used to joke that The Hamilcast was a ‘safe space’ for people, but it’s turned out to hold more truth than we imagined,” Soto said.

At the end of every episode of The Room Where It’s Happening, Free asks the guest to record a personal plea to the Obamas to come on the podcast to talk about the song “One Last Time” (it deals with the writing of George Washington’s farewell address and his decision to step away from power). The guests’ attempts at persuasion have varied from the truly emotional to the more facetious, but all say something like “we need you – don’t leave us”.

So how is the effort to get the Obamas on The Room Where It’s Happening Going?

“You know what, we’ve gotten close,” said Free. “We know a lot of people who worked close to the president in the White House, and we’re still holding out on hope, especially now that he might have a little more free time! I’m still hopeful, but we’ll see what happens. It’ll be great if we can get him.”

As well being a great piece of musical theatre, Hamilton has rapidly become symbolic of a political age, just ended, that already feels very distant.