Those filmmakers whose work we call memorable are often the ones we inadvertently forget. That’s the price they pay for originality. Their innovations are absorbed and, before you know it, no one can remember where they came from in the first place. Nicolas Roeg, as good an example as any of a director whose genius is taken for granted, would have no truck with this line of thought; he is impatient with any talk of influence, creative longevity or changing trends.

When I interviewed him in 2011, he wasn’t interested in pondering the impression his work had left on the likes of Christopher Nolan (who had said that his time-bending thriller Memento would have been “pretty unthinkable” without Roeg). “I don’t think about it,” he told me. “We’re all influenced by everything unless we’re locked in an empty room.” He was even more dismissive of the idea that he might have been ahead of his time: “I hate that expression. I don’t want to be ahead of my time. This is my time.”

Only a fool would argue that he’s wrong. One look at his greatest work – Performance, Walkabout, Don’t Look Now, The Man Who Fell to Earth, Bad Timing,  Eureka, Insignificance – shows that time is irrelevant when you’re timeless. Given his reluctance to glance in the rear-view mirror, it is a small miracle that he was tempted to take part in Nicolas Roeg: It’s About Time, a new documentary directed by David Thompson for BBC Four.

The programme seems to have been occasioned by the publication in 2013 of The World is Ever Changing, a memoir of sorts that is every bit as reflective, fragmented and unorthodox as one would expect of something associated with Roeg. But there is no promotional slant to the documentary, which is both fitting for its subject, who moves at his own pace not dictated by PR or salesmanship, and refreshing for the audience, which will be relieved to find that nothing is being sold here. What it does is remind you to look again at Roeg’s films, no matter how well we feel we know them. 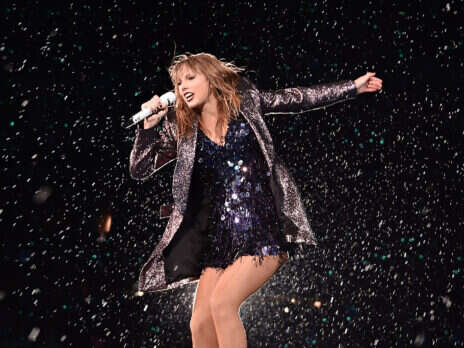 Insult Taylor Swift at your peril: Damon Albarn looks sexist and out of touch

The list of interviewees is small but top-notch and includes Julie Christie, so animated in her enthusiasm that the camera can scarcely keep up with her, as well as Roeg’s ex-wife and most frequent on-screen collaborator, Theresa Russell, who notes sadly the possible thematic through-line in his work (“You’re alone”). Those who were – whisper it – influenced or shaped by exposure to Roeg’s films are also here to describe his effect on them: Danny Boyle, Ben Wheatley, Mike Figgis and Bernard Rose each give good obeisance. There is the usual disquisition on the way Roeg explores and represents time on screen, all traced with delightful poignancy to his early days as an editor. His work as a cinematographer (including Dr Zhivago and Fahrenheit 451) is also put in its proper context.

It is Roeg himself who is most bewitching, even when you aren’t entirely sure where his train of thought is taking him. He gets there in the end, by a more circuitous and revealing route than most of us would have chosen or had access to. (Particularly enchanting is an anecdote he tells involving Stephen Hawking, which links back to Insignificance, about an imagined meeting between Marilyn Monroe and Albert Einstein.) I thought I was done with Roeg. I don’t mean I was over him. Only that my fascination with his films was exhausted. But this documentary serves as a useful reminder that we are not done with him until we are dead.

“Nicolas Roeg: It’s About Time” is on BBC4 on Sunday at 10pm