The objects on display in the Hayward Gallery’s “History Is Now: 7 Artists Take on Britain” are supposed to illuminate personal artistic reflections on the past 70 years of our history. What is really on show, however, is the chasm some institutions are happy to leave between the curatorial idea and the visitor experience.

The exhibition is part of the Southbank Centre’s Changing Britain Festival, inspired by David Kynaston’s Tales of a New Jerusalem, the series of books that look at Britain’s social history from the end of the Second World War onwards. The Hayward asked seven artists who span the postwar generations – John Akomfrah, Simon Fujiwara, Roger Hiorns, Hannah Starkey, Richard Wentworth and Jane and Louise Wilson – to curate a section of the exhibition each and to bring to light, through their choice of artworks and objects, what the blah-de-blah words of the organiser’s brief describe as “new relationships and connections, historical investigations, poetic meditations and provocative juxtapositions”.

There is nothing wrong in asking for an artistic interpretation of the past but by giving seven artists (six, really: the Wilson sisters work as one) such a nebulous brief the Hayward has invited, and got, a historical hotchpotch. Where this exhibition parts company most obviously with Kynaston’s example is in its lack of a clear narrative: it is not one show but six separate and barely connected brain burps. There is an infinite number of ways of viewing the past seven decades and variety and coherence are not incompatible: here, though, they are.

The vision of Ralph Vaughan Williams

Simon Fujiwara’s section deals with aspiration and materialism and so mixes a Damien Hirst spot painting, a section of balcony from Canary Wharf, a Farrow & Ball paint chart and a selection of empty Waitrose packaging. Overseeing it all, as a sort of mirthless joke, is the costume Meryl Streep wore to play Margaret Thatcher in The Iron Lady. Aesthetically it’s pretty thin stuff. Unfortunately the banality of the exhibits is not confined to this section alone. 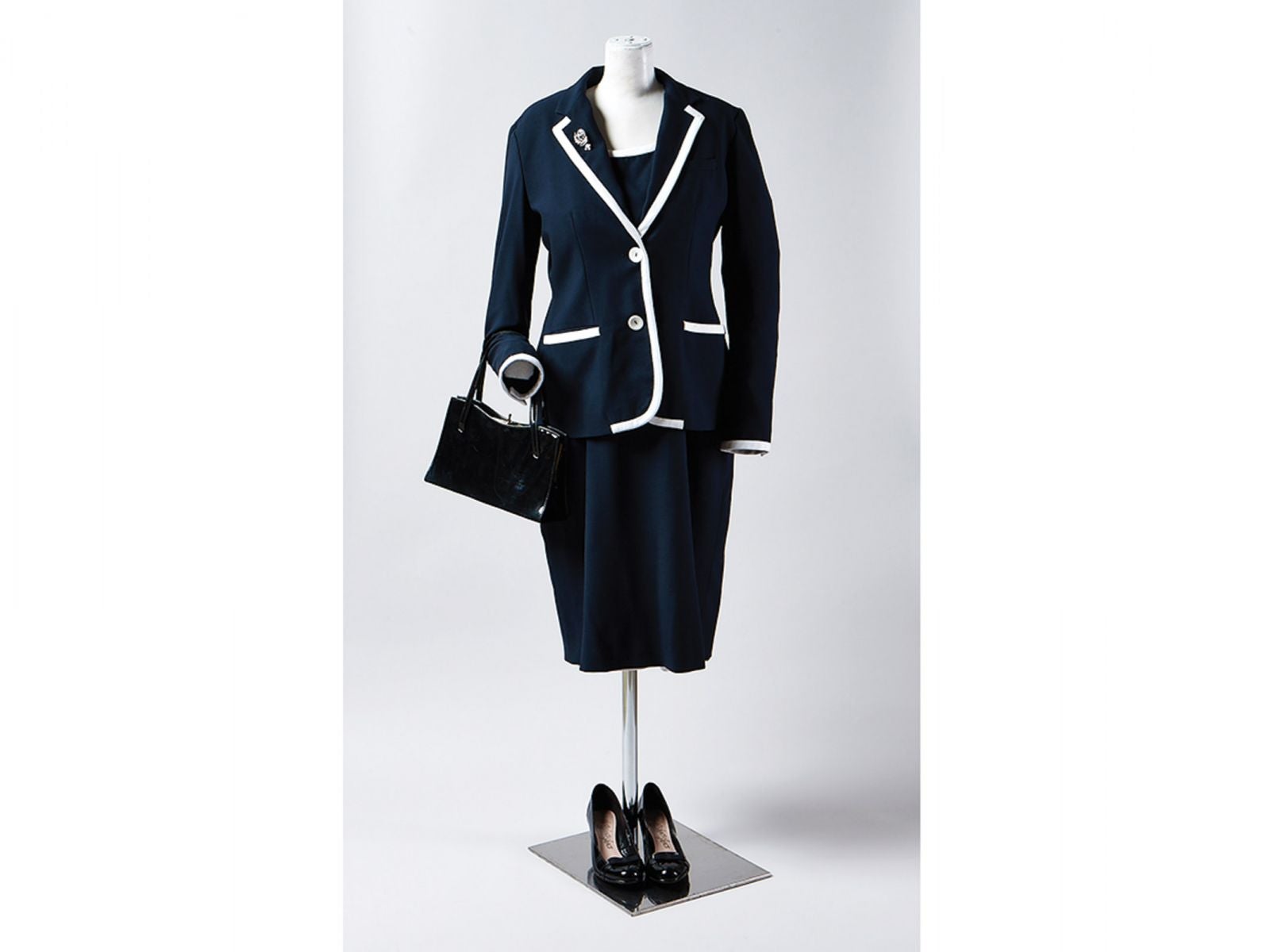 Roger Hiorns devotes the whole of his display to an examination of BSE and variant Creutzfeldt-Jakob disease. In a numbing array, roughly forty printed official reports on the birth and spread of mad cow disease are interspersed with a safety cabinet used for testing tissue samples and newspaper front pages that show a gurning John Gummer forcing a burger down his daughter. This turgid array most resembles an information centre at a 1970s municipal library and is especially disappointing coming from Hiorns, who revealed an eye for the numinous in 2008 with his installation Seizure (the council flat he turned into an extraordinary crystal cave). Was BSE really one of the defining episodes of postwar Britain? Does Hiorns expect visitors to read those reports, or even open them?

The same sort of muddled thinking is shown by John Akomfrah, who has raided the Arts Council Film Collection and selected 17 films that concentrate on the making or performing of art. The idea is seductive but just what is a visitor supposed to do with it? The options seem to be to spend a full day watching all the films in their entirety; to watch one (but which one?) all the way through; or to sample a few at random. The fourth option is that, overwhelmed by the weight of curatorial expectation, the viewer simply flunks the challenge and walks on by. It was indeed a noticeably empty room.

The two most interesting displays are those overseen by Hannah Starkey and Richard Wentworth. Starkey has delved into the Arts Council’s photographic collection and assembled a heterogeneous group of images that give the lie to the shiny world of advertising: non-studio portraits of anonymous sitters and soul-sucking scenes of hospitals and DHSS offices hang next to bottom-pinching at Eton parents’ day in 1976 and Hayley Newman’s portrait of a young woman disappearing in a mushroom cloud of chalk dust (facing). Wentworth’s room has the highest proportion of fine art – Paul Nash paintings and Robert Capa photographs of the war alongside Henry Moore sculpture, Barbara Hepworth drawings and Eduardo Paolozzi lithographs that represent something of the art that grew out of the destruction. And by way of juddering contrast and to recognise the cold war that put it all in jeopardy again, Wentworth has winched a Bloodhound Mk 2 surface-to-air missile on to the Hayward’s balcony. 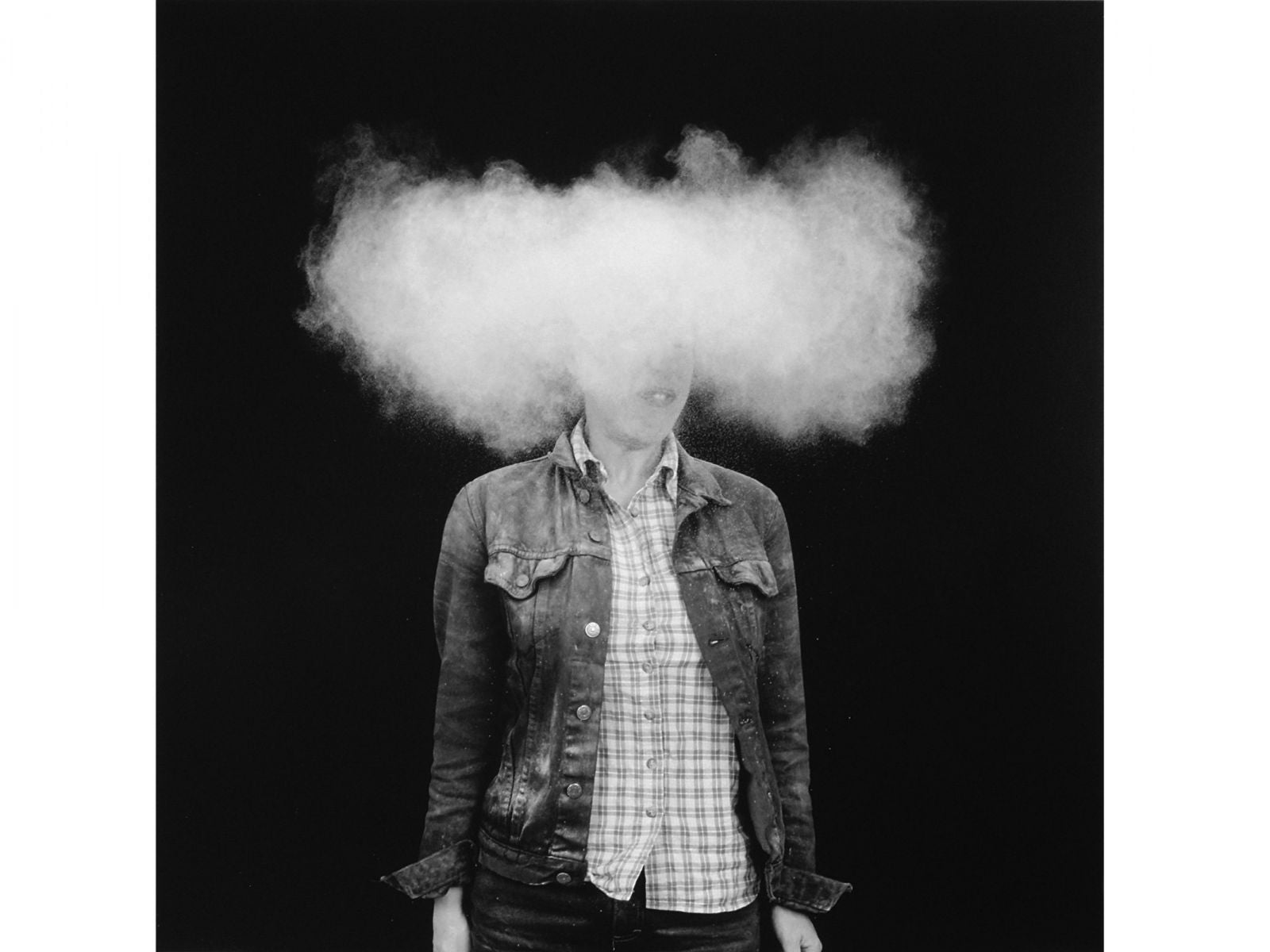 One of Wentworth’s other selections is a poster for the 1946 “Britain Can Make It” exhibition. That show, full of confidence, set out to demonstrate to the war-weary populace how good industrial design would play a vital role in building a prosperous future. This new exhibition is an answer of sorts. What did Britain make of it? Not so much a new Jerusalem as a new Babel.