This week’s “negotiating task” is the one veteran Apprentice viewers will have been most looking forward to. Because although it ostensibly is about shrewd haggling, it is in reality the highly enjoyable “find random unrelated items quickly, pointlessly eschewing public transport for black cabs in traffic” challenge, which often guarantees the series’ most idiotic moments.

And this one does not disappoint. We know it’s going to be a special episode because Alan Sugar actually turns up at the candidates’ house in the morning, rather than leading them somewhere unrelated to pose in two angry packs. This is because nothing says “bargaining is the backbone of business” like a little Labour lord pacing around the purple rug in your front room as you bounce down the stairs in full make-up and markedly unrumpled pyjamas.

Another sign that this episode will be a particular treat is that some of the items on the teams’ lists have deep poignancy in Apprentice history: kosher chicken – evoking the beautiful moment six years ago when self-proclaimed “good Jewish boy” Michael brought back a bird from a halal butcher instead – and oud, the “Arabian perfume” that confused the cocky Zee by turning out to be a mahogany stringed instrument. 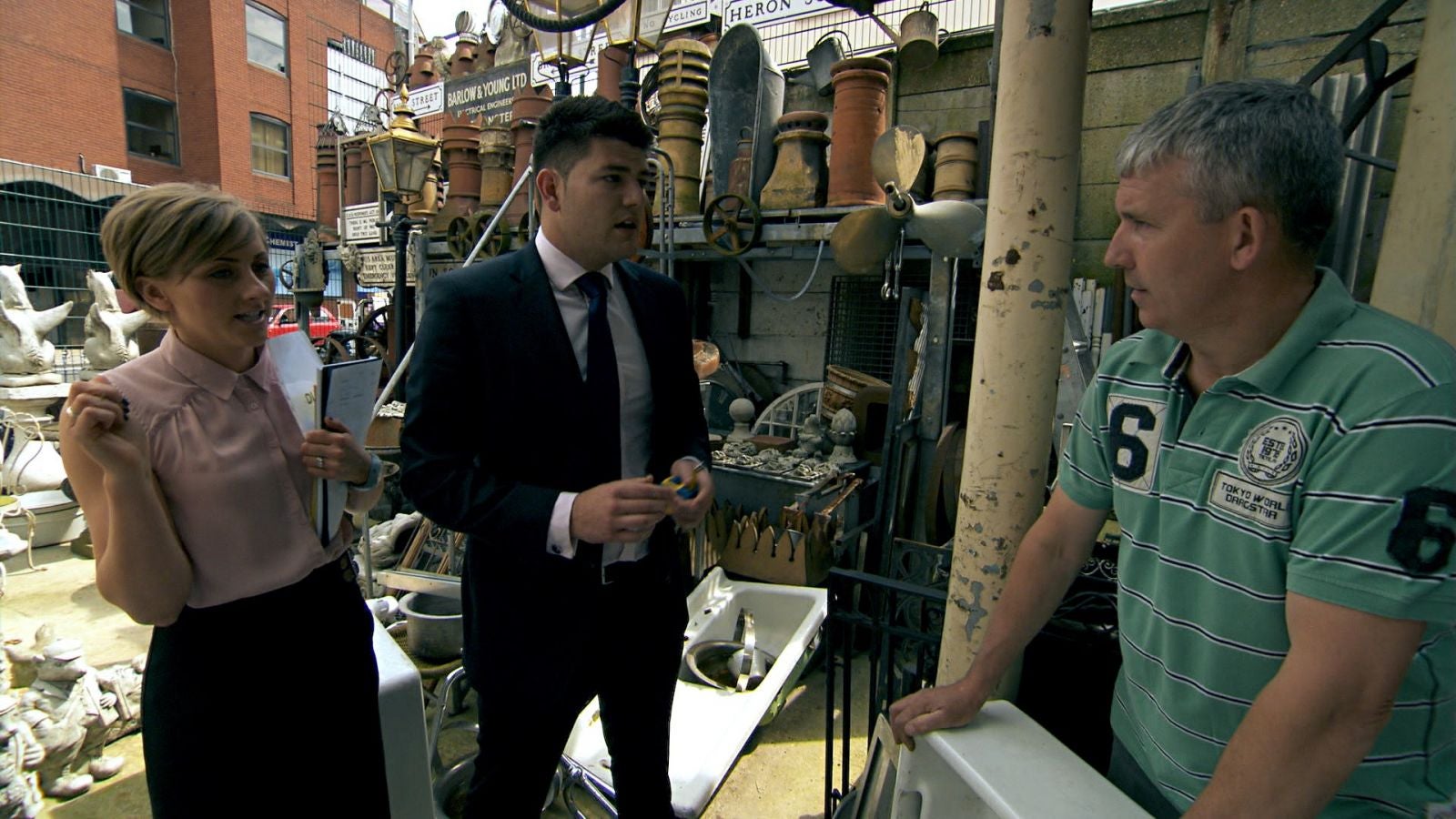 Anyway. The teams choose their leaders: last week’s “nameless” Sanjay takes Summit, to show that he isn’t a mere passenger, and Daniel leads Tenacity, because the other team members hate him marginally less than the idea of a woman being in charge. Yes, poor Katie is stuck with the aggressive blunderer Daniel, overbearing manipulator Mark and bamboozled irrelevance Felipe for yet another task.

The two project managers have very different styles. Daniel wants very much to “smash this alive”, for example, whereas Sanjay wants his team to stay calmly in the office all morning, planning their route carefully for purchasing each item on the list. While this is sensible of Sanjay, it’s not really in the spirit of this task, which basically demands that contestants sit sweating in the back of a cab, crawling from Wimbledon to Tottenham, with only an A-Z and Yellow Pages to see them through.

The obligatory Jewish bit opens the mayhem, as a subtle soundtrack of Hava Nagila bounces along behind Daniel, who struts into a kosher butchers in Golders Green with a “Shalom” and a handshake. He bags the chicken, while Mark and Katie beg for a knackered-looking sink in a junkyard for a price their rival team swiftly beats them on, for an even more knackered-looking sink. 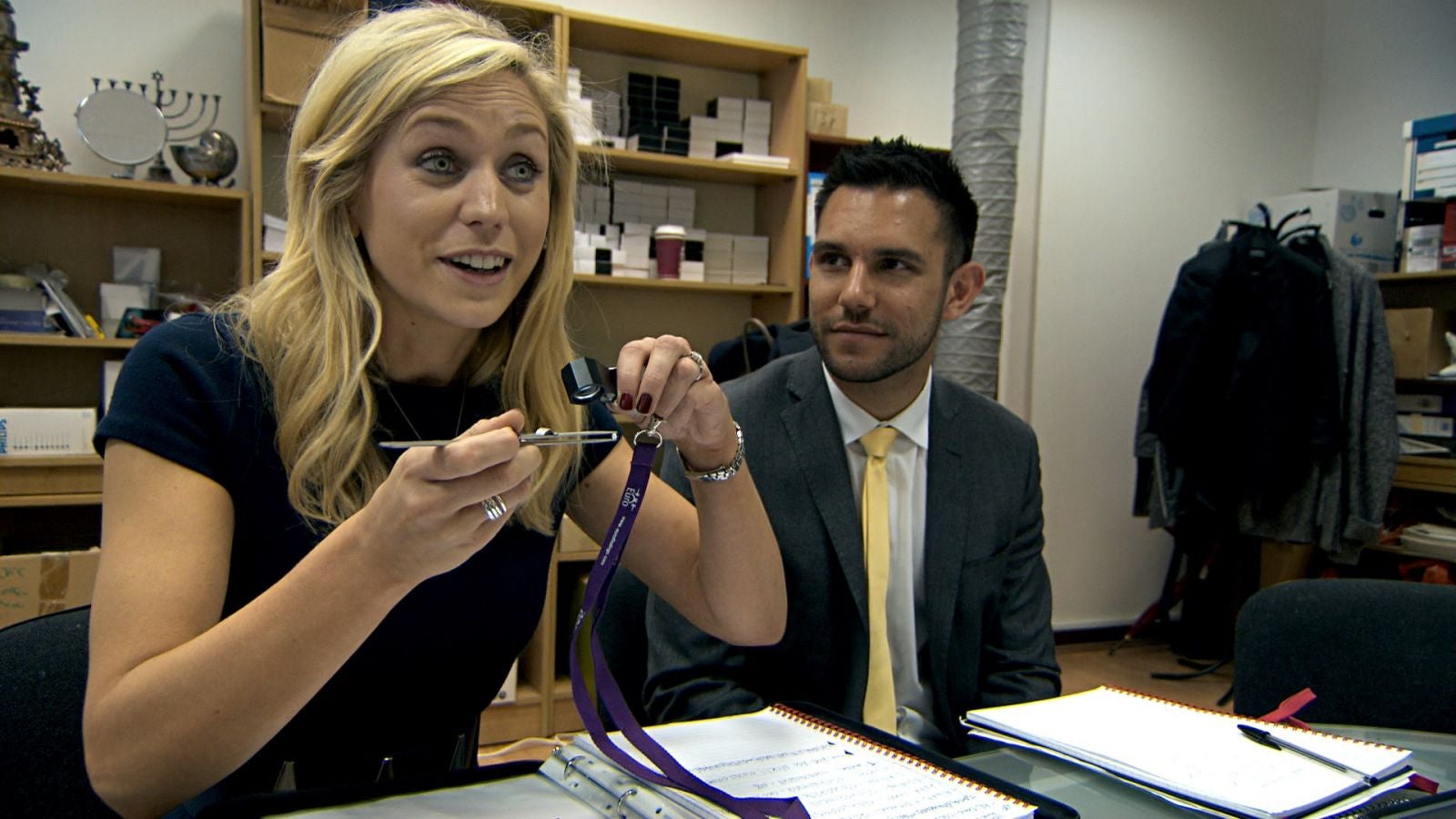 But it’s not all poultry and plumbing. Scallops are also required. “Fish and chip shops don’t sell scallops, do they?” asks Sanjay in his very own Peter Mandelson moment as they whizz by some fast-food places.

And even posher than that, diamonds must be purchased. This is where we all laugh incredulously at silly old Roisin because she starts ringing round independent jewellers, asking if they sell diamonds! Oh, Roisin. Such naiveté! As Karren Brady reminds us, with tired disdain, only “diamond dealers carry loose stones”.

It turns out Roisin’s shocking ignorance when it comes to diamond dealing doesn’t matter at all, as she manoeuvres the price of a diamond down from over £100 to £50. Agreeing to close the deal, the Hatton Garden trader informs her, “I like blonde women.” But surely not as much as he loves being completely ripped off and cheerily sexist on primetime television?

“You basically just stole that diamond off him,” giggles Sanjay as he and Roisin scramble off up the street with their cut-price stone.

A world away from Hatton Garden, Mark and Katie are wandering around a deserted council estate trying to find some oud. The oily rather than stringed kind this time. “It’s nothing like Sunderland,” says Katie, dazed. A man emerges from a stairwell with a tiny vial of oil. They buy it off him for £48. Good practice if ever Lord Sugar runs out of ideas and makes the candidates go drug dealing in broad daylight. 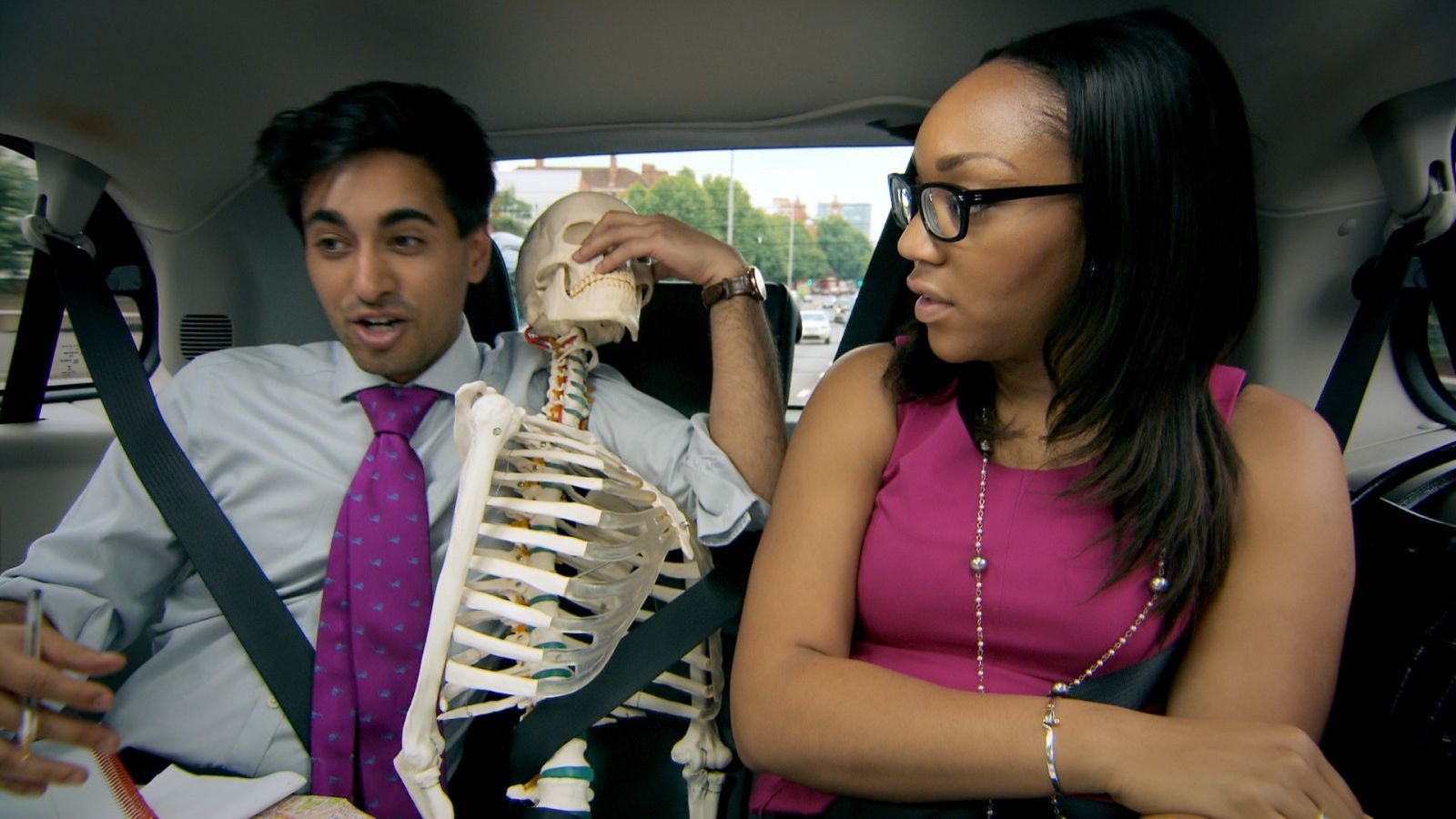 Bianca has a bone to pick with Solomon. Photo: BBC/The Apprentice

Solomon and Bianca are tasked with finding an anatomical skeleton. This ordeal is made tougher by the fact that Solomon can’t get his head round the pronunciation of anatomical, asking the shop-owner if they have any “antomological” models. They eventually find one, called Mike or Adam or something else standardly male only a scientist would be mad enough to name a skeleton, and eagerly purchase it after checking its teeth like a horse. Solomon throws the skellington over his soldiers, and they scamper off to find their next item.

The other team, guided by Felipe, buys a flatpack paper skeleton on the cheap. This leads to one of those immortal boardroom lines, like “I am the judge, jury and executioner” and “I like to see a lawyer punished” which could only ever make sense on The Apprentice or in a revenge tragedy:

The guide price and a fine is whacked onto the sorry box of flattened bones, and Daniel’s team loses by about £50.

The question is, will Felipe take this decision all the way to European Court Judge Sugar? 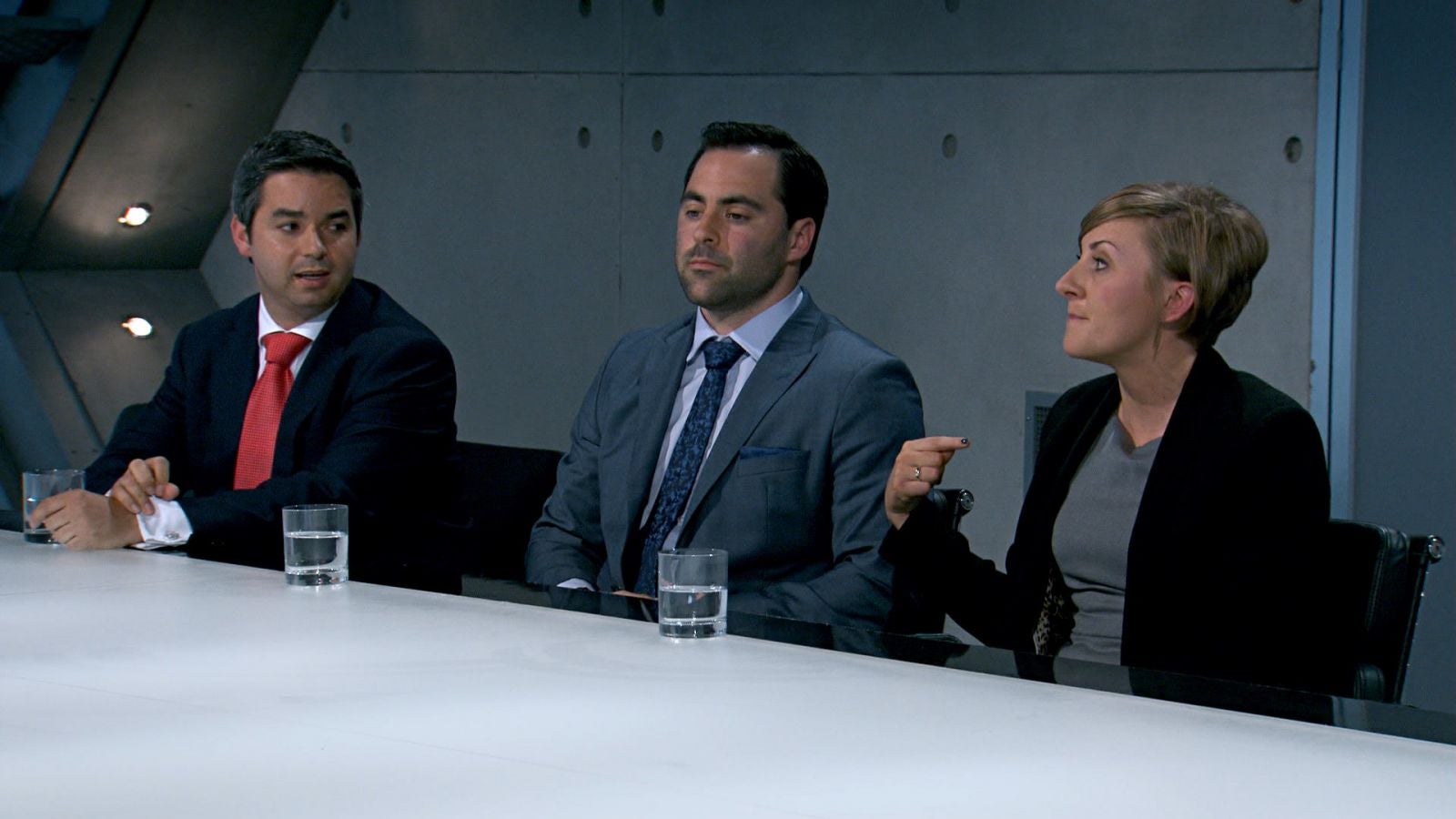 She’s a bit negative, not enjoying Solomon playing happily with the skeleton, but she is quietly quite good.

According to Felipe, this was “the time when Daniel became a man”. Let’s watch this closely, shall we?

When they shuffle the teams up next week, it’s her chance to escape the awful bullish infighting in Team Tenacity.