UK-based film, television and now videogame makers are eligible for tax breaks if their output reflects a certain amount of “Britishness”. To receive the subsidies, productions have to pass a cultural test, qualifying them as reflective of British identity, British society and British people. You can read these tests online. The tax cuts are awarded if a production has a British director, a British crew or if it “demonstrates British heritage, creativity and/or diversity”.

To some degree, it’s a good initiative. When youth unemployment is so high, especially among media graduates, the tax breaks incentivise British studios to hire out of national universities. The scheme also attracts foreign investment. Productions that are shot mostly on British soil are eligible for the subsidies, encouraging the makers of Gravity, for example, to film at Pinewood Studios in Buckinghamshire.

But aside from this financial help, the cultural tax subsidy is motivating a myopic and unhealthy vision of Britain, both globally and at home.

Sherlock, Doctor Who and Downton Abbey are the UK’s most exported TV shows, enjoying massive success in the US and Canada. Likewise, the Bond and Harry Potter film franchises are some of the most lucrative in the world, with the latter racking up a massive £4.1bn in global receipts. These films and shows are the image Britain is projecting worldwide and increasingly, it’s out of touch with how the country really is.

What does it really mean to forgive?

These productions are all emblazoned with a Britain that doesn’t exist anymore – a dead Britain. To one degree or another the characters are plummy ladies and gentlemen, tweed-wearing, upper-class types who handle adversity as if it’s bad hand they’ve been dealt in Canasta. They’re all white guys, obviously, and the closest they come to actual Britain is when they stare at it moodily through the window of a chauffeur-driven Bentley. This is not what British people are. 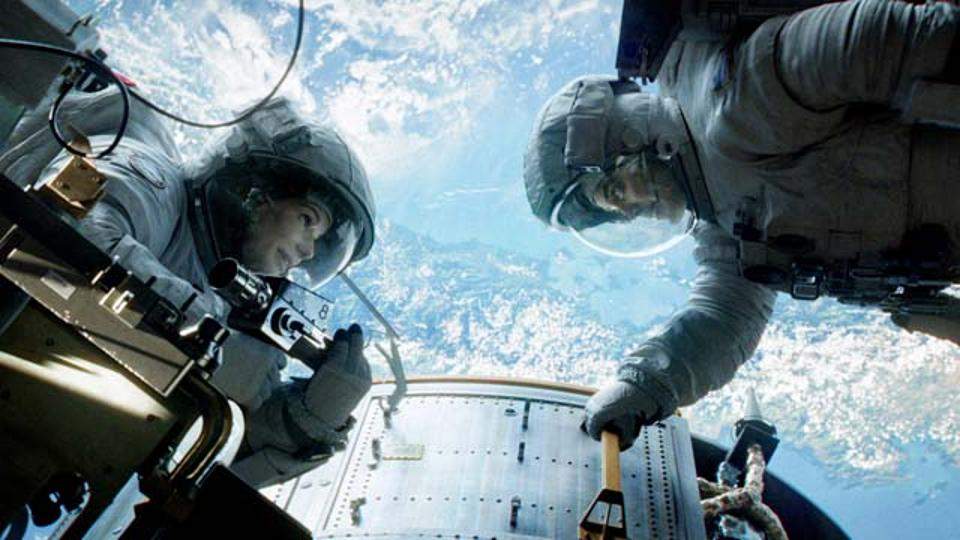 Gravity, which won Alfonso Cuaron the Oscar for Best Director, was made in the UK to take advantage of our cultural tax breaks

There’s a scene in Harry Potter and the Deathly Hallows: Part 1 where Harry et al go to London, and as they walk the streets, they pass a few Muggles, all of whom are wearing either knee-length raincoats or bowler hats. These people look as if they’ve been airlifted into the film from the 1950s.

The wizards are even worse. They invariably live in country houses, smoke pipes and talk like Maggie Smith. There’s a particularly damning scene at Xenophilius Lovegood’s house, a practically medieval looking building complete with a crooked staircase and a flock of sheep. It’s all teapots and bedpans, ragged suitcases and black and white photos. This is the kind of throwback, gentrified, vaguely pleasant kind of imagery that only people who’ve had their hands over their ears for the past six decades would still consider British.

But of course, it’s profitable – it panders to what a lot of the world already thinks of Britain, what it finds pleasing and amusing. This type of media, which plays on British heritage rather than British modernity, isn’t in danger of going out of business.

But it is affecting national politics. Arguably, it’s one of the reasons UKIP cruised to victory in the European elections. That party campaigned on nostalgia: on cutting foreign aid, road-blocking immigration and preserving the countryside. UKIP’s rhetoric, and Nigel Farage’s straight-talking image, is targeted directly at heritage fiends, voters who are alienated by multi-ethnic society and want to revert Britain back to a culturally simpler post-war state.

By that measure, UKIP and the British creative media have something in common. They each play on outmoded expectations of Britishness, either profiting or scoring votes from perpetuating a version of Britain that only a privileged minority wishes still existed. UKIP claims to be Britain first, but in fact proposes legislation that would be damaging to a large percent of the population. Prestige dramas and British films regularly contain outdated versions of the UK, characters and dialogue which allege to be quintessentially British but, like UKIP, don’t represent the people as a whole.

So tax breaks can work for the British creative media. They can lead to more money, more exposure and more jobs for young people. And arguably, if anything needs to change, it’s what the European Commission, which dictates the cultural test, deems “Britishness”.

But that change will only occur if more productions are commissioned which speak for the whole of British society – the minorities, the working classes, the immigrants. And it’s concerning to think that cultural tax subsidies might stand in the way of such productions.