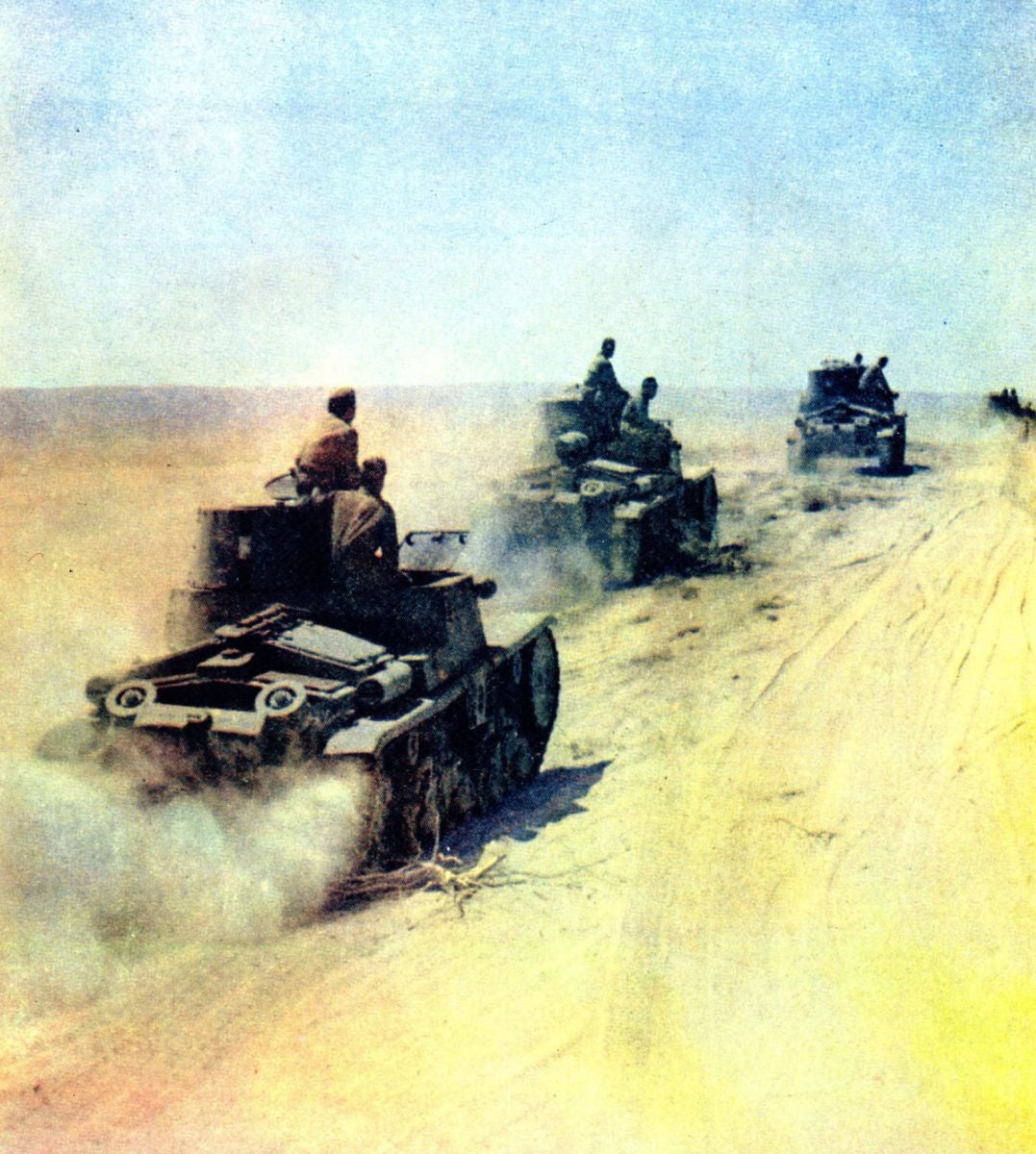 Seventy years ago, on 6 June 1944, Captain Keith Douglas, aged just 24, landed in Normandy. Three days later he was dead. As the 8th Armoured Brigade sought a breakout south of Bayeux, Douglas was hit by mortar shrapnel. Fatalistic, the young poet had crossed the Channel convinced that he was going to die. Before his tank regiment, the Sherwood Rangers, left for France, he wrote “On a Return from Egypt”. Its prescient final stanza announced:

The next month, then, is a window
and with a crash I’ll split the glass.
Behind it stands one I must kiss,
person of love or death
a person or a wraith,
I fear what I shall find.

The writers of the Western Front – the generation of Sassoon, Owen and Graves – have cast a long shadow, all but obscuring Britain’s soldier-poets of the Second World War. Yet Ted Hughes was insistent that Douglas’s verse warranted comparison with the best of Wilfred Owen. Sassoon – “Mad Jack” – is arguably a more obvious figure of comparison. Both men displayed leadership and courage under fire, translating that experience into memorable prose and verse that ranges from the biting to the lyrical.

In his 1943 poem “Desert Flowers”, Douglas name­checks Isaac Rosenberg. The fascination with flora and fauna surviving against all the odds may be resonant of Rosenberg but it recalls another First World War writer, Edmund Blunden, and his memoir, Undertones of War. When Douglas went up to Oxford in 1938, Blunden was his English tutor. Here was a direct link with the poets of the Western Front; Blunden was sufficiently impressed by Douglas’s undergraduate poems to pass them on to T S Eliot at Faber. By then, his student had quit Oxford for Sandhurst.

Dying when he did, Douglas became a writer defined solely by war. Yet someone who went to war so young could still have been with us had he survived the Allied campaign in north-west Europe. Not that his chances of staying alive were high, given the Sherwood Rangers’ almost continuous fighting through to May 1945, by which time the regiment had lost 344 officers and 213 men of other ranks. With a fuller body of work, would esteem for Douglas’s wartime poetry and prose have become tarnished, or would many still acclaim him as the finest soldier-poet of the “people’s war” – a worthy successor to Sassoon, Owen, et al?

Alamein to Zem Zem, Douglas’s memoir of the North African campaign, was published in 1946. It appealed to contemporary readers because here was a theatre of operation where popular and national mythology could resurrect the glamour and chivalry of a certain kind of war. At the time – and later, through the British film industry – the desert war was projected as a throwback to a better age, with mutual respect between enemies. Yet Douglas spared no detail in demonstrating that death and mutilation were every bit as bloody, devastating and traumatic when you were dressed in silk scarf, waistcoat and suede boots as when you were huddled in a ditch defending Sedan or Stalingrad. His letters and verse confirm that from the moment he joined the army in 1940 he had no illusions about the nature of war in the mid-20th century. 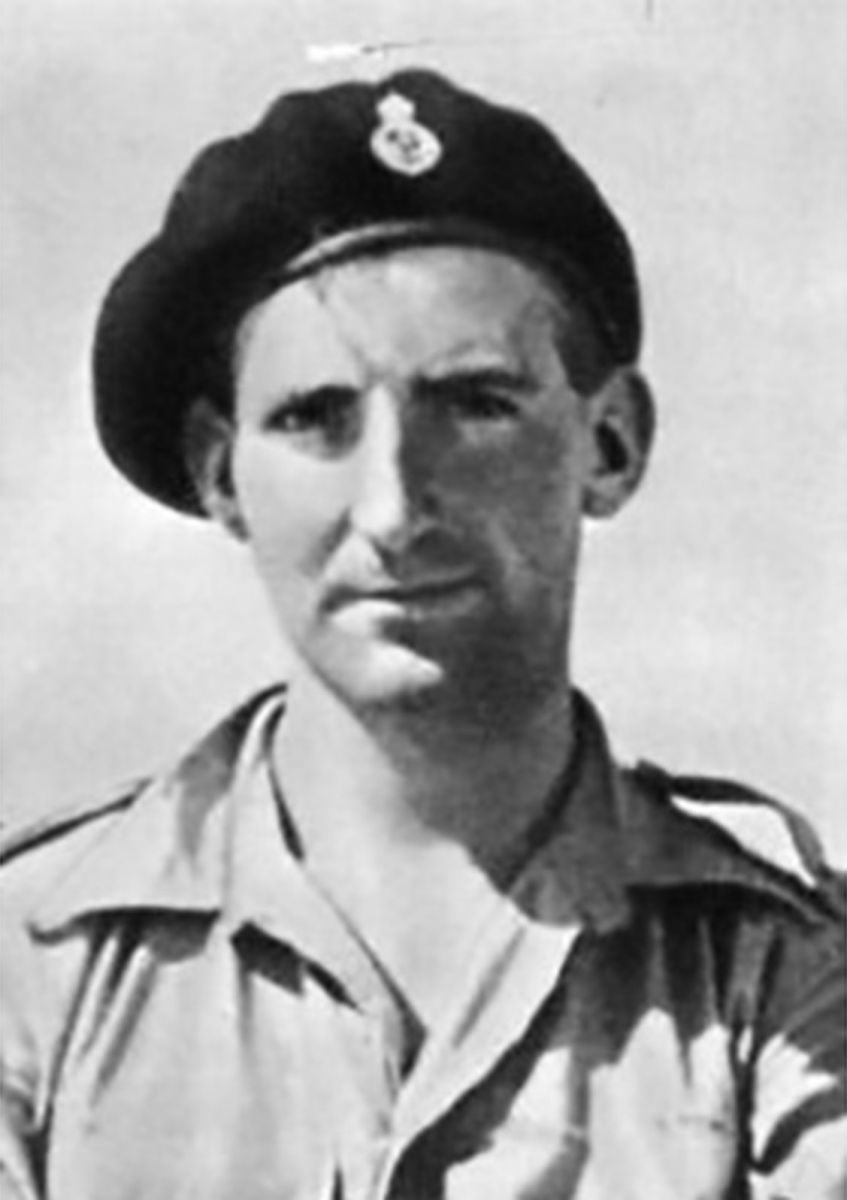 In June 1944, Douglas (pictured left in uniform) found himself in the vanguard of the Allied invasion of Europe. Nearly two years earlier, he had missed the start of the last great battle fought by massed forces of the British empire and Commonwealth. He was serving as a camouflage officer in Palestine when the Sherwood Rangers, having finally swapped horses for tanks, survived a baptism of fire at Alam Hal­fa and then led the breakout at El Alamein. Six days later, the commanding officer, Lieutenant Colonel E O Kellett, welcomed Douglas back when the poet, restless to rejoin his regiment, stole a truck and drove to the front. Within hours he was leading his troops westward into the Libyan desert.

“Flash” Kellett was a master of foxhounds in his native Nottinghamshire and a Tory MP. As “Gentleman Jim”, he dominates the narrative in Alamein to Zem Zem, which is very much an account of Englishmen at war: those from elsewhere in the British Isles are scarcely mentioned and women feature only as part of a vague backstory that hints at unrequited love in Cairo. In Douglas’s memoir, “Tom” – another pseudonym – is second in command by virtue of having spent his life working with horses, whereas the unattractive personality of “Raoul”, the next most senior officer, is attributed to his being half-French. Douglas records such prejudice with neither endorsement nor disapproval, albeit displaying bemusement and amusement at the survival of this feudal structure.

It is clear that these volunteer gentlemen soldiers are an anachronism. Having so recently dismounted their horses, they endeavour to retain the routines, rituals and language of both mounted cavalry and the hunt. This language, recorded with a mixture of affection and incredulity by Douglas, is firmly rooted in rural life, most obviously fox-hunting and cricket. In that great tradition of the wartime middle and upper classes, understatement is everything. This is understood throughout the regiment, with no Americans present to assume that all is well when the real message is one of crisis.

Douglas chronicled the dying days of a paternalistic social structure in which the officers, scions of the East Midlands landed classes and their squires, deem the well-being of their men paramount and espouse a gentlemanly set of values. They may be amateurs compared with proper armoured regiments but they learn fast. On 5 November 1942, 26 enemy tanks were destroyed at Galal, with Douglas playing a prominent role. The likes of Gentleman Jim and Tom are respectfully portrayed as leaders of men – yet both were dead by the time the wounded writer rejoined his regiment in the spring of 1943. While in hospital, Douglas drafted “Gallantry”, a poem whose Sassoon-indebted satire displays bitterness tempered by regret and even remorse. It begins:

The Colonel in a casual voice
spoke into the microphone a joke
which through a hundred earphones broke
into the ears of a doomed race.

Into the ears of the doomed boy, the fool
whose perfectly mannered flesh fell
in opening the door for a shell
as he had learnt to do at school.

Douglas is clearly not one of the old guard but neither does he conform to Orwell’s ideal of the progressive technocrat. His 1943 poem “Aristocrats” is a moving panegyric for the chevaliers of the Shires who took the Sherwood Rangers to war four years earlier, the final stanza recalling how:

The plains were their cricket pitch
and in the mountains the tremendous drop fences
brought down some of the runners. Here then
under the stones and earth they dispose themselves,
I think with their famous unconcern.
It is not gunfire I hear but a hunting horn.

Such poems confirm Douglas as the bridge between old and new, shouting, “Tally-ho!” and yet comfortable with the technology and tactics of mechanised warfare; the hearty, killing time in his tank reading Tit-Bits, and the intellectual, a handy copy of Shakespeare’s sonnets in his battle­dress pocket. He was thus well placed to record changes taking place in the regiment, a microcosm of more profound social developments on the home front. Back in Britain during the first half of 1944, Douglas noted how much the country had altered; wartime London’s literary life exposed him to an agenda for change singularly absent from the social chit-chat of the mess.

Douglas’s sense of what it means to be English may, to a degree, have absorbed a leftward shift in attitudes. Yet on the whole he retained the values and prejudices of his class, not least a veiled anti-Semitism. “Cosmopolitan” was often coded language for being Jewish but Douglas was genuinely cosmopolitan – he had travelled in Europe and was rare among his comrades in being a Francophile. His linguistic skills stretched to basic German and he shared his brigade’s healthy respect for the Afrika Korps. On the other hand he loathed Italians because, unlike the Germans in the desert, they refused to play the game and respect the rules; witness their booby-trapping of the corpses of British soldiers.

The war in North Africa was fought across vast spaces, with the odd nomadic tribe the only civilian intruders on an empty battlefield. Douglas contrasts the stark beauty of the desert with the ugly detritus of contemporary warfare. Evidence of death and destruction is everywhere, with the ubiquitous wrecked tanks emblematic of “industrial war” at its apogee.

Death is similarly on an industrial scale and Douglas spares few details. “Dead Men” is a truly disturbing poem, its extended image of the wild dog devouring dead comrades in shallow graves prompting speculation as to the writer’s state of mind had he survived the war. “How to Kill” recalls Orwell’s reflections in Spain on finding frozen in your rifle sight a fellow human being, but one ignorant of his imminent demise: “Death, like a familiar, hears/And look, has made a man of dust/of a man of flesh. This sorcery/I do.” Those last words seem Shakespearean, not Orwellian, as does the final stanza:

The weightless mosquito touches
her tiny shadow on the stone,
and with how like, how infinite
a lightness, man and shadow meet.
They fuse. A shadow is a man
when the mosquito death approaches.

Douglas spotlights the horror, tedium and stupidity but he also signals the moments of pure delight – the heightened pleasure linked only by the absence of mid-century Britain’s prevailing rules, conventions and mores. Thus poems such as “The Knife” and “Cairo Jag” are located in the Egyptian capital’s raciest and most exotic settings, carrying a sexual subtext that reinforces the impression of a complicated love life. “Behaviour of Fish in an Egyptian Tea Garden”, a witty and bitter-sweet short story in seven stanzas, is sufficiently black as to suggest its author would be better off back on the front line. Douglas was no saint – far from it. Yet he was scrupulously (even cruelly) honest and nowhere more so than in his much-anthologised and best-known poem, “Vergissmeinnicht”, the “forget-me-not” of the dead German’s girlfriend:

But she would weep to see today
how on his skin the swart flies move;
the dust upon the paper eye
and the burst stomach like a cave.

For here the lover and killer are mingled
who had one body and one heart.
And death who had the soldier singled
has done the lover mortal hurt.

Here, surely, is someone who stands comparison with the steeliest soldier-poets of an earlier conflict. Not that Douglas resurrected the futility of fallen comrades’ sacrifice – for all his fatalism, he deemed himself to be fighting a very different sort of war, justified if not unreservedly just. Too often Douglas’s poems are seen in terms of what came before, yet more striking is their modernity. This, after all, is the writing of a young man, albeit as a consequence of combat one older than his years; they prompt the question of what was still to come. What does survive is an evocative and elegiac account of the desert war. The attractiveness of the author comes across strongly: the intelligence, the quiet courage and the good humour. As such, the last word should surely rest with Captain Douglas’s batman: “I like you, sir. You’re shit or bust, you are.”

Adrian Smith is professor of modern history at the University of Southampton. He will deliver a lecture on Keith Douglas at the university on 9 June. For more information, visit: southampton.ac.uk