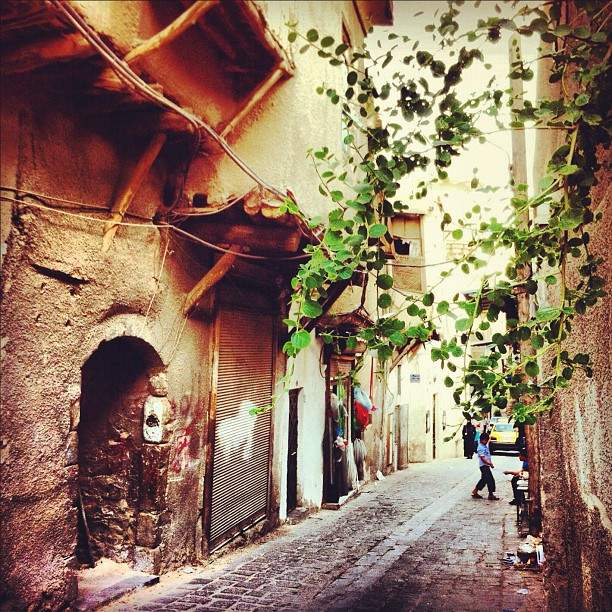 Parts of Damascus still retain the beauty they had before the war.
Photograph: OmarSyria on Flickr, via Creative Commons

The ransom email started: “Dear Lady”.  I read it in the middle the night; it was bizarrely addressed to my sister-in-law in New York but clearly meant for me. My name, “ it continued, “Is Bassim Hamoud. I am from Damascus, Syria. Today I was walking in the street market and saw an Apple computer there. All your documents are on it. The man says he will sell it tomorrow. It cost him $800. Unless you email me tonight. Don’t delay.”

My palms were sweating as I typed a swift reply. My laptop had indeed been stolen earlier that week in Lebanon, with my entire life on it. How might Bassim suggest I retrieve it? “Don’t worry,” he wrote back, a smiley face after the lowercase, misspelt letters. “I will help you. This is your lucky day.” 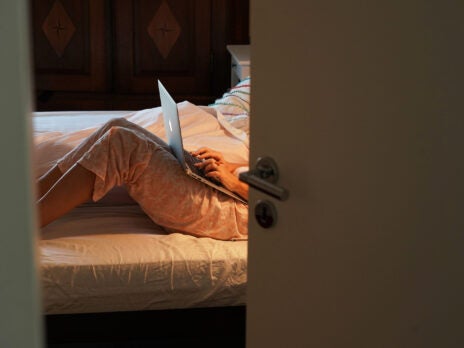 Buying a nine-pack of loo rolls, I worry they might outlive me

I hadn’t felt so lucky until then. It had happened on Hamra Street, the once dazzling heart of old Beirut that has now run to potholes and seductively dark corners. I was walking back from a concert at the American University, through an early summer night hazy with jasmine and petrol and argileh. My laptop bag was in one hand, a change of clothes in the other. The stresses of my UN job at the centre of the world’s biggest humanitarian crisis were idling round my head, in time to a faint song floating from an open window above the road.

Then another sound rose to drown out the music – a buzz, coming from a corner – a scooter running along the pavement at speed, heading for the tiny gap between me and the mottled wall. I barely saw him in time; I jumped out of the way in panic, he leaned over as he shot past, grabbed the bag – and then he was gone.

I ran after him, of course. Even though there was no hope. And then my legs gave way underneath me as I realised. As well as my wallet and keys and hundreds of dollars, as well as my bank details and personal photographs – he had my book. My second, cherished, unborn novel – lovely plotted and crafted, and for some mad, forgotten reason not backed up.

In the week between the theft and the email I drifted from dull denial to incredulous grief. How could I have been so stupid? My Lebanese UN colleagues and friends agreed wholeheartedly. Didn’t I know crime was going up? Lebanon now has over a million Syrian refugees in a country of just four million people. They need to eat, poor souls, they said. Others scoffed: they’re mostly criminals. The oldest shook their heads in despair, recalling their own bitter civil war. Even back then, it wasn’t this bad, they assured me – in defiance of the old bullet-riddled buildings hidden within Beirut’s modernised cityscape.

I felt like one of those buildings as I mourned – full of holes and empty. Even a half-written novel has a life of its own, a uniqueness born of hours and months of love and thought and creativity. I can never be copied or remade; its loss is like a little death. So when Bassim’s note arrived, I was shocked back into hope, ready for any sacrifice to see it safely, miraculously home again.

And Bassim knew it. Confident of having reeled me in, he agreed to meet a friend of mine in Damascus to make the trade. His asking price was $800. My friend threatened and blustered – but Bassim was un-phased. It turned out he was affiliated to a well-known local organisation – close to the government, virtually untouchable. In the end we agreed to $600. “It’s a good scam,” my Syrian friend told me down the crackly phone line. “They pay them in Beirut to steal. And then they sell it back to the original owner. They know you’ll give anything.”

As he spoke I had a sudden memory of Damascus before, a true Arab beauty – coffee drinking, cigarette smoking, full of life and surprises.  It seemed she’d vanished as surely as my book – or so I’d thought. All that remains now is her ghost.

In the end, not 100 metres from the Four Seasons Hotel where the UN is working day and night to dispose of the Syrian’s government’s chemical weapons and gain humanitarian access to Syria’s besieged cities, Bassim got his money. My computer made its way to the Syrian border in a truck. There, it passed through customs with 10,000 others crossing into Lebanon every day, each with a worse story to tell than mine. And at last it journeyed back to the gathering dusk of Beirut to face an emotional reunion. But its fellow travellers face a more uncertain future.

Today the new book is growing (and backed up). Bassim is $600 dollars richer. The Hamra scooter-snatchers have moved onto new victims. And war and chaos continue to reign around us, spilling millions across borders to unknown destinations. Who knows how the story will go from here? I only hope we are all lucky enough to meet with such unexpectedly happy endings.