I am tired of all this “sexism in gaming” crap that has come up recently. Reasonable people know that fantasy has nothing to do with reality: believing otherwise infantilises us and treats us as if we cannot distinguish one from the other. People who are outraged about this latest ‘gaming drama’ need a severe reality check: those masculists simply seek out reasons to get upset all the time. The “disembodied bloody crotch in Speedos” outrage went too far, for a start.

A resin model of someone’s disembodied crotch isn’t hurting anyone. It’s simply something to put on one’s mantelpiece and enjoy. People sometimes ask me about mine when I am hosting dinner: and I say, ‘Oh yes, haha. I’m a gamer,’ and that’s the end of the conversation. One of my male friends left dinner early once because of it; his girlfriend apologised for him and said that he’d once been sexually assaulted and that he was just really sensitive about this sort of thing. We both shook our heads about it. “I’m so glad we have freedom of speech,” she said to me, ‘the Nazis wouldn’t have allowed this to be made. He’ll get over it – he’s just really emotional about that stuff.”

The males who say they they are not represented by our videogame heroines are merely ignoring the fact that women have all the disposable income. Despite this, they whine and whine about how they would like to see Alex Vance actually do something in his scenes in the game, instead of fawn and flirt with our heroine Freewoman. Can’t they just enjoy the fantasy? It’s no reflection on real life: no women really shoot alien headcrabs in laboratory settings, and neither do males occupy secondary positions in most parts of our society and sit around to gratify our need to become pregnant. That would be absurd. Fantasy is not reality: we go to our games to get away from reality. Why don’t you just enjoy the fantasy? Games are a special medium, completely separate from our wider culture and any attempt to put them in context is just insulting.

Furthermore, reasonable people would see that asking to put male soldiers in the Call of Duty series is simply not do-able. Since the age of the Amazon, women have waged wars, because they have a higher pain threshold than males and have more stamina in every area of war. Who would take a male Battlefield seriously? Including men would simply cloud the matter; when crawling through tunnels, as is often necessary in war, our eyes would fall on the male backside – from then on women would be irreparably compromised. 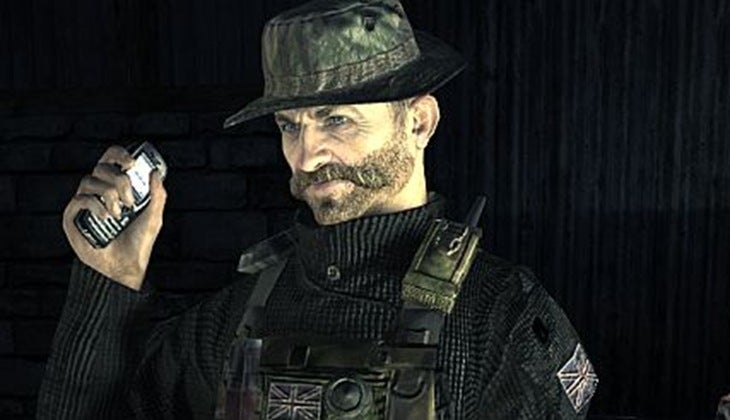 I mean, who would take this guy seriously a soldier?

To anyone getting their boxers in a bunch over this, I say: buy the games with the male protagonists. There are at least four of them. They are attractive, virile boy characters with a lot going for them. Show us you mean business by buying those titles. Lawrence Croft is still an icon: that bulging crotch and tight ass, the washboard abs – what more could you want to identify with? He’s everything you aspire to. And those of you who complain we didn’t put any clothes on him – he became an icon because of that lack of clothes! And Lawrence Croft has trousers now, think about that. Women’s interest in a sexy, provocative young male is what gave Lawrence Croft his iconic status. Stop asking for special treatment by the games industry, we are making the best games in whatever way we see fit.

Anyway, you guys wouldn’t even have videogames without women. Remember that. With Ada Lovelace at our head, we invented the technology that makes them possible. The majority of the games industry is populated by hardworking, talented women who have been producing the best interactive experiences for 20 years. Why shouldn’t we make videogames where we can look at sinewy, naked males who moan sexually when we toy with them? Why don’t you start your own games industry where you can make your male-led games about football and the colour blue? Perhaps then we will stop making jokes about how you can get back in the kitchen and take the bins out.

It’s only men who can’t get laid that complain about all this, let’s face it. My boyfriend enjoys when I play games where the male character is sexy and capable. Do yourself a favour: stop being so uptight and humourless. Games are a special medium, don’t spoil them by trying to change the way they are made. Separate them from your masculist politics and sit back down on the couch. This ‘sexism’ in technology doesn’t exist.

Cara Ellison is a writer for Rock Paper Shotgun and other sites. She tweets: @carachan1