WARNING: Don’t read ahead if you haven’t watched the series finale of The Hour yet – contains spoilers! You can catch up on the previous instalment here

We all knew it would happen eventually. We knew there would come a moment when Soho gangster and Hour villain-in-chief Rafael Cilenti would stop using shadowy, suggestive threats to manipulate and intimidate those around him, and start using his fists. But I for one certainly didn’t anticipate that the casualty of that transition would be Ben Whishaw’s quirky, beautiful face.

It was with brutal shocks like this that the second series The Hour came to a close last night. Having set up so many parallel plots (see here and here for my enumeration of what they all were) there was a danger in this finale that the viewer was yanked through endings for all of them in succession, leaving the episode choppy and the audience exhausted. But this pitfall was avoided by giving this episode a strong central storyline of its own, meaning that each little story acted out its ending in the margin. Some of them were just the lightest of scribbles, too – we discovered that Isaac’s radio play was heavily based on his colleagues at The Hour, and that Sissy and Sey struggled to find witnesses for their wedding because of racial prejudice, or that government press officer McCain finally stopped spinning for corrupt politicians and managed to transform himself into a proto-PR agent. 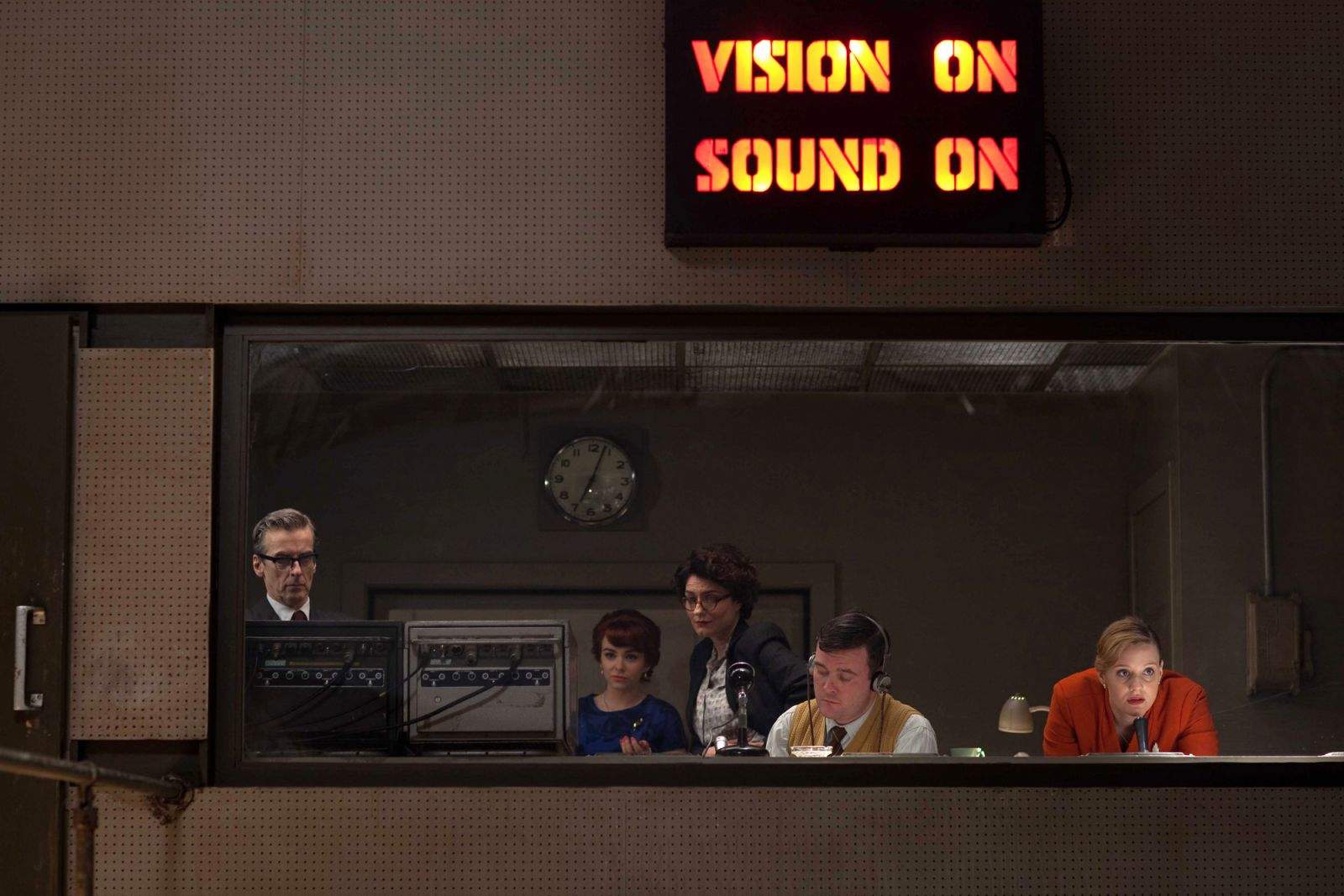 Stranger Things series four is all about “trauma”. No wonder Gen Z love it

The Hour on air. Photograph: BBC

And that main action? A breathless rush to the finish line as The Hour team attempted to prove the connection between the corruption and vice in the West End and the arms race profiteering going on at the heart of the government. Freddie succinctly made the case for why they were seeking to make this connection early on, saying “These are men who decide policy, and they’re lying and deceiving their wives. Why should they get to decide what else goes on?” Hector and Commander Stern, old comrades-in-arms, each implicated in the story, both finally faced their own failings. Hector went on to publicly acknowledge his involvement with the club, interview the woman who falsely accused him of beating her on air, and even forgiving his wife for getting pregnant with another’s man’s child (which, given his own repeated adultery, was really the very least he could do). Stern, seemingly without the same support network, committed suicide in his car.

Before Freddie dashed off to try and save their story, he finally crossed the line in his relationship with Bel. She’d just had a bust up in the corridor with Bill, her ITV bloke, who had stormed off declaring her to be “impossible” and saying that their relationship “wasn’t going anywhere”. We should have known, really, when Freddie leaned in to kiss Bel that all would not be permitted to end happily for them – more on that in a second.

Despite everything, the show-stealing performance once again came from Peter Capaldi and Anna Chancellor. They finally received news of their long-lost daughter, only to discover that she and her foster parents had been killed in an air raid during the war. On reading the documents, Chancellor sobbed, frozen in a twisted posture in her chair by the weight of her sadness, while Capaldi yelled at her to get out of the room. When she refused, telling him to “do what he needed to do”, he exploded into his hitherto only hinted-at obsessive compulsive disorder, lining everything up neatly on his desk before throwing it all into chaos and collapsing on top of it, head on his arms in devastation. Eventually, after initially fighting her off, he allows Lix to hold him – and that’s how we leave them. 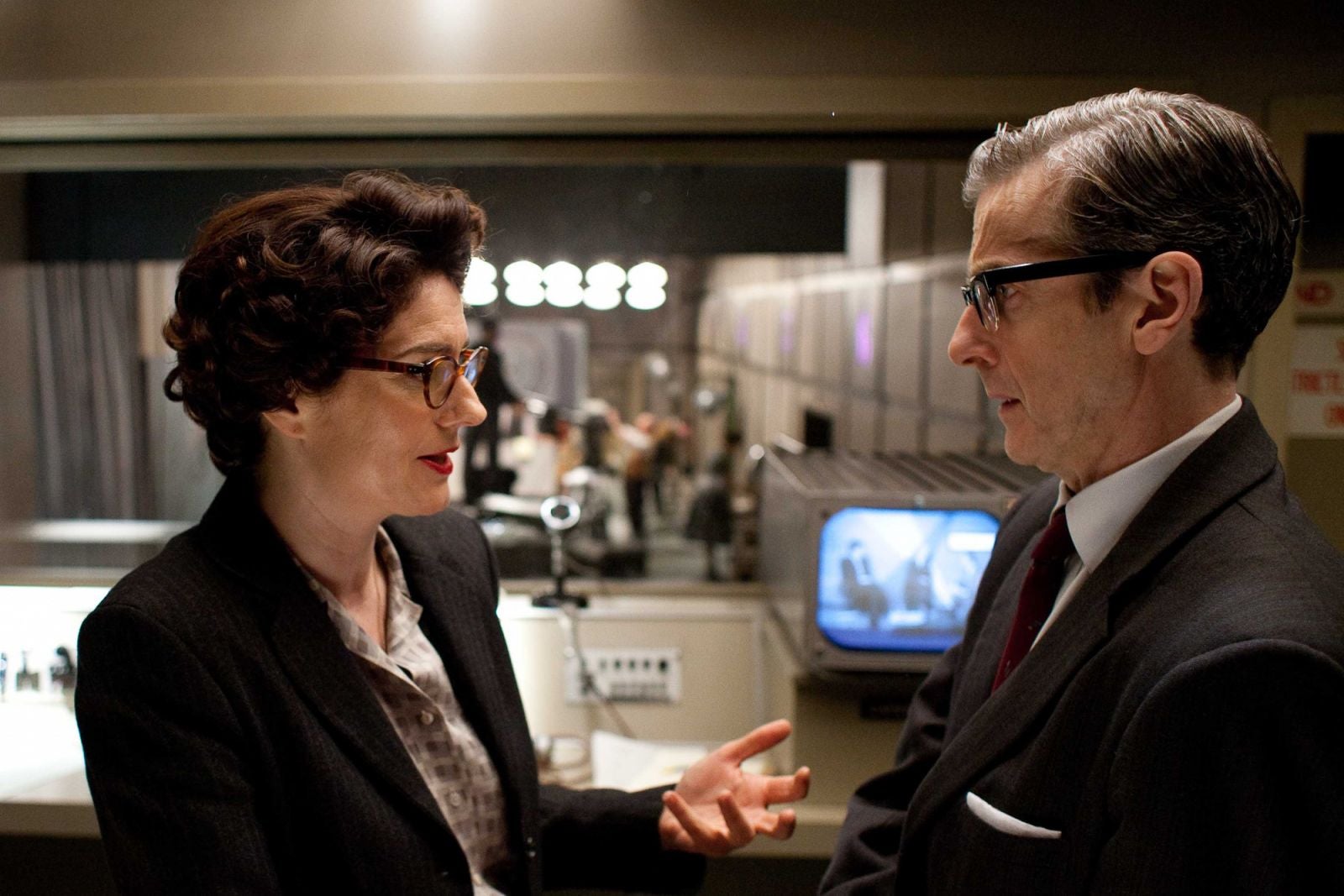 Once again, the personal and the political were merged as The Hour arrived at its climax. Freddie sacrificed his own safety in order to get the key witness for their story to the studio in time, but as Cilenti and his goons pummelled his face and torso, you couldn’t help feeling he was doing it for Bel as well – proving to her that he won’t let her down, personally or professionally. The terrified, perfect face of Kiki DeLaine exposing the corruption and vice on air was inter cut with the horrifying spectacle of Ben Whishaw’s bloody, battered face (I know from the outcry on my Twitter feed that I was far from the only person strongly tempted to throw things at the television during this sequence).

They dumped him on the grass outside the studio, and for a few heartstopping moments while we watched Bel crying in her office, rereading the love letter she never sent him, we couldn’t tell if he was alive or dead. Then he began to whisper “Moneypenny, Moneypenny” and she somehow heard the hated nickname and started running to his side, only for the programme to end before she got to there. Not for The Hour, the fond sickbed reconciliation and an implied future for the characters.

No – only a cut to a black screen, followed by the credits and our lingering doubts, that with Ben Whishaw’s burgeoning film career, The Hour will even have a third series.

I’ve really enjoyed blogging this series of The Hour and chatting to you all in the comments and on Twitter. If you’d like to read back through the whole series blog, you can do so here.