“Save the West. Have lots of kids.” “We must have as many babies as possible… we need to breed”. You would be forgiven for thinking that these were the slogans of populist strongmen, the leanings of a country a long way down its slide to authoritarianism. Unfortunately, the latter is from Tim Stanley, writing this week in the Telegraph; the former, GB News correspondent Tom Harwood’s contribution as he shared Stanley’s piece approvingly on Twitter. Didn’t we all used to agree that a sure-fire way of establishing yourself as a fascist creep was to follow up a shot of anxiety about Western decline with the chaser “we need to breed more”? I’m not sure we should be revising this assessment just because it’s now a thing you can publish in a national newspaper.

Outcries about falling birth rates have long intermingled with anxieties about the decline of Western power and culture. Around the turn of the 20th century, declining birth rates in Europe and the US prompted eugenicists and policymakers to worry about a future of depopulation and “racial degeneration”. Pro-natalist policies have been a hallmark of fascist ideology, from the Lebensborn of Nazi Germany to the financial incentives aimed at boosting Hungary’s birth rate implemented under the misogynist, anti-Semitic authoritarianism of Viktor Orbán, who encourages women to have four or more children. For Orbán, amid the challenges posed by Europe’s ageing population, increased fertility is an explicit alternative to immigration. “There are fewer and fewer children born in Europe,” he said in 2019. “For the West, the answer is immigration… But we do not need numbers. We need Hungarian children.”

The pro-natalism of right-wing nationalists is motored by anxieties about “white extinction” or “white replacement”: racist conspiracy thinking about immigration that has found its most extreme expression in the manifestos of far-right terrorists such as Anders Behring Breivik and Brenton Tarrant. And in Britain it has been endorsed by, among others, former EDL leader Tommy Robinson. Yet increasingly, as the professor of economics at King’s College, Jonathan Portes, has argued, “more respectable versions of much the same argument” are being made in the mainstream press. The Spectator writer Douglas Murray, for instance, has argued that a combination of low birth rates and mass migration is causing the “death of Europe”, while political demographers such as Eric Kaufmann and Matthew Goodwin have framed the rise of right-wing populism in terms of a feeling of white “decline” caused by immigration and “ethnic change”.

It is this sense of anxiety surrounding immigration and childbearing that animates, too, Stanley’s encouragement to “have as many babies as possible”. “The West has hit its peak and is in decline,” he argues, but “Britain’s solution, however, truly is selfish: we’re importing workers from poorer countries, sucking up the world’s talent like a bloated vampire.” It is an argument that brings to mind the comedian Stewart Lee’s sketch about then-Ukip leader Paul Nuttall’s comments that Bulgaria’s “brightest and best” should stay in their country – to which Lee quipped: “He’s only trying to ensure the future economic prosperity of Bulgaria and I don’t doubt that for a minute.” 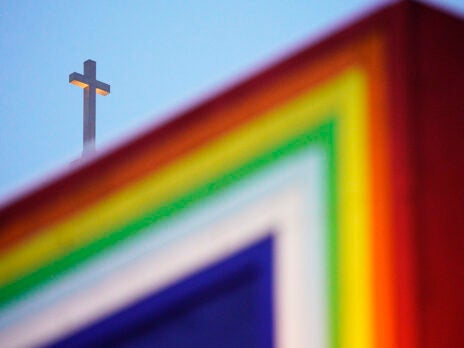 It’s the hypocrisy that gets me. The same newspapers and media commentators who meet refugees with the insistence that “Britain is full” argue that native baby-makers need to up their numbers. These are the same newspapers that spent the previous few decades accusing working-class parents of having more children than they could afford, and in the past few months, exhorting working mothers to get back to the office or risk harming their careers. And instead of any discussion about affordable childcare, affordable housing, parental leave or flexible working, we get dog whistles about “the West”.

[See also: What does the royal family think about Prince Andrew?]