I am hearing a lot about all the bits of the BBC that right-wing media pundits don’t use. I’m just not sure what that has to do with anything. Personally, I’m more interested in the fact that the Prime Minister is trying to avoid resigning by defunding a public broadcaster in the middle of reporting his own wrongdoing, rather than whether Julia Hartley-Brewer watches BBC Alba.

It’s not that there isn’t a debate to be had about the licence fee. It’s that this isn’t the moment to have it. We can talk another time about the ways in which the licence fee regressively impacts those on lower incomes, criminalises vulnerable people and disproportionately targets certain kinds of “offender” (an astonishing 30 per cent of women’s criminal convictions, for instance, are for failing to pay their TV licence). But not while the government is trying to distract from its own self-created crisis with what it has reportedly termed “Operation Red Meat“, offering up the national broadcaster as a strip of populist steak for blood-hungry right-wing newspapers and so-called Red Wall voters.

It’s not that we can’t complain about the BBC, either. But it’s like complaining about the weather, or dentistry – they are complaints that presuppose its continued existence. You can hope it improves, but also you’d hope it doesn’t disappear completely.

How can the BBC make the case for its own existence when it is bound to report impartially on a ruling party that is bent on dismantling it? Perhaps it’s time to fight back. It has little to lose: for all the BBC’s appeasements, amid our current climate of oversensitive quasi-authoritarianism – which now extends to reassuring the House of Lords it would give airtime to flat-Earthers sooner than be accused of “cancel culture” – Nadine Dorries, the Culture Secretary, is not one bit deterred from threatening an “all-out war” against its supposed “left-wing bias”. On the other hand, BBC “explainer-in-chief” Ros Atkins has shown how huge audiences can be reached through his brand of “assertive impartiality”, holding the government to account with bite-sized monologues that unrelentingly catalogue one damning and independently verifiable fact after another. 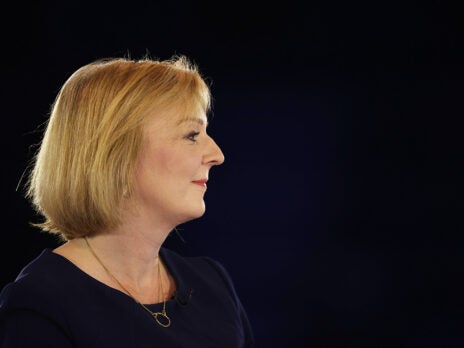 So perhaps we should be asking, impartially but assertively, in whose interests it would be to dismantle the BBC as we know it? Certainly, threatening the future of the national broadcaster is being understood by many as an attempt to curtail scrutiny of the government. And we can only speculate who might benefit in the long term if Britain was to follow a US-style model and allow private companies the full run of shaping the nation’s media consumption – though it is probably safe to imagine that the answer is mostly private media companies and the people who run them. But if one thing is certain, it is that the BBC cannot survive by being impartial about its own demise.

[See also: For the Conservatives, scrapping the BBC licence fee is more complicated than it sounds]