The latest James Bond film, No Time to Die, and Denis Villeneuve’s new science fiction blockbuster, Dune, are playing to sold-out cinemas. Both are fantasies far removed from real life. Both are packed with impossible heroics, death-defying escapes and stupendous stunts that require a wholesale suspension of disbelief. Both provide hours of wonderful escapism.

Politically, Boris Johnson offers the public something similar – boundless feel-good fantasy and escapism in the face of grave and pressing problems.

Take Covid. The number of infections and deaths has soared this autumn, and exceed those of any other major European country. Winter looms, with the very real danger of new Covid variants and a concurrent flu epidemic. The NHS is already under severe strain, with 5.7 million people awaiting treatment. The government’s own advisers, health sector experts, scientists, medical associations and trade unions are begging Johnson to implement plan B – mandatory face masks, vaccine passports and encouraging people to work from home.

No matter that three times last year – in March, October and just before Christmas – the Prime Minister failed to order timely lockdowns, with fatal consequences. Johnson is once again ignoring these demands for urgent action (at least until next week’s climate change summit in Glasgow is over). Having declared “Freedom Day” last July, he is loath to reintroduce any measures that would impinge on “the ancient, inalienable right of free-born people of the United Kingdom to go to the pub”. He is relying on our once world-beating, but now stuttering, vaccination programme to see us through.

What the Terra crash means for the future of crypto 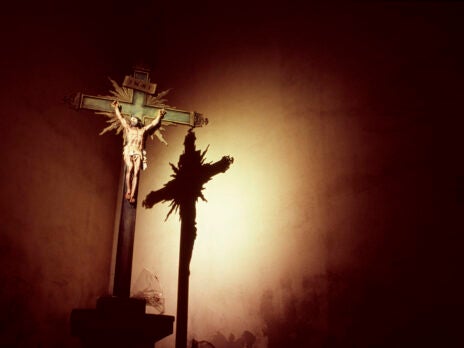 What’s the point of Easter?

People seem happy to accept his laissez-faire attitude, his blithe insouciance, the born-again libertarianism that he likes to portray as quintessentially British (what happened to pragmatism and common sense?). To the horror of foreign visitors, we go about our lives as if Covid-19 barely existed – mingling freely, attending mass events, scarcely bothering with face masks in what the New York Times euphemistically calls a “grand epidemiological experiment”. As Rachel Clarke, a palliative care doctor, wrote in the New Statesman on 22 October: “We are here – with all the dire consequences for patient safety – because the government’s strategy since ‘Freedom Day’ has been to close its eyes and hope Covid goes away.”

Encouraged by his wife, no doubt, the Prime Minister talks a good game. In his speech to the UN General Assembly last month Johnson exhorted the world to “grow up, to recognise the scale of the challenge we face, and to do what posterity demands we must”. He said the Cop26 summit had to be “the turning point for humanity”. But for all his bragging about “Global Britain”, he has singularly failed to conduct the months, or years, of dogged preparation and quiet diplomacy necessary to ensure the summit’s success. In the face of a problem requiring sustained long-term commitment, he has displayed his characteristic short-termism, his usual propensity to wing it – making failure likely.

Johnson boasts that the UK leads the world on climate action. He talks of Britain becoming the “Saudi Arabia of wind farms”, and the “cleanest, greenest” country on earth. He sets lofty targets for dates long after the end of his premiership – for the UK to be net zero by 2050, for example, or powered entirely by clean electricity by 2035. But his government’s 400-page net-zero strategy, published last week, was noticeably short on how those targets would be paid for or achieved, and he fails to take the painful actions required now if they stand any chance of being met.

His government continues to licence new oil and gas projects in the North Sea, approve airport expansions and build roads. It has balked at blocking a proposed new coal mine in Cumbria. It maintains a decade-long freeze on fuel duty. Its flagship programme for insulating homes collapsed in March. To secure a free-trade deal with Australia, the world’s second-largest coal exporter, it agreed to drop references to climate commitments.

In Johnson’s dream-world, climate change can be resolved purely through “science and innovation, the breakthroughs and the investment that are made possible by capitalism and free markets”. Ordinary people need make no sacrifices, or suffer any pain, or change their lifestyles. “When Kermit the frog sang ‘It’s Not Easy Being Green’, I want you to know he was wrong,” the Prime Minister told the UN. The UK can meet its net-zero targets “without a hair shirt in sight”, he assured Sun readers on 18 October.

Brexit is another example of Johnsonian fantasy. He promised simple withdrawal negotiations, frictionless commerce with the EU, trade deals galore, the painless restoration of sovereignty, national renaissance and much else besides.

Those sunlit uplands have not transpired, of course, but the point is that at a purely political level Johnson’s strategy works. People naturally prefer bearers of good news. They want to believe the Prime Minister’s promises of good things painlessly achieved. Moreover, those promises grab headlines. They enable him to dominate the political agenda and daily narrative. They allow him to dismiss responsible opponents who tell the truth as “gloomsters and doomsters”, as grumpy, unappealing naysayers who lack faith in their country. Given all that, it is little wonder Keir Starmer, the sober, serious Labour leader, can gain no traction.

Colin Powell famously observed that “perpetual optimism… is a force multiplier”, but not when it is divorced from reality. Not when it is used primarily to duck problems and ignore challenges instead of confronting them. Although Hollywood’s brand of escapism has no consequences, Johnson’s emphatically does.