Last year, more than 90 per cent of Scotland’s electricity was generated by renewable energy sources such as onshore wind and hydroelectric power. The promise of a net-zero society by 2045 is a key element in the SNP’s manifesto.

But the economic case for independence has long focused on “Scotland’s oil”, as the SNP was keen to describe North Sea reserves in the 1970s. Now, First Minister Nicola Sturgeon has to persuade the public that the oil of the North Sea can be replaced by Scotland’s wind.

The key to this is an ambitious plan for an 11-fold increase in Scotland’s offshore wind capacity within a decade. If Sturgeon is able to hold a second referendum on independence, as she has pledged, in 2023, she has two years to convince voters that the SNP can achieve such change.

UK government revenues from North Sea oil and gas have fluctuated wildly over the years. In the boom years of the 1980s they reached highs of £12bn, then fell sharply to £1bn in the early 1990s before rising to top £12bn once more in 2008-09. After the global financial crisis, oil stayed above $100 a barrel until mid-2014, when revenues from the North Sea fell 55 per cent in a single year. By 2015-16 Scotland’s share of North Sea revenues was just £60mn, down from nearly £10bn four years earlier.

Is nuclear power the best solution to climate change? 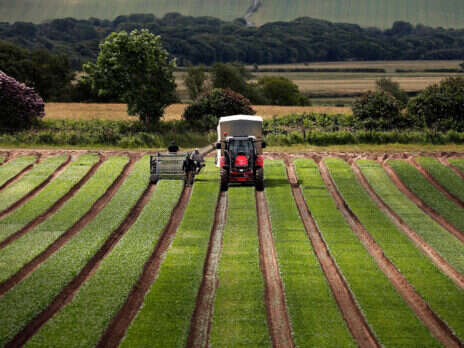 For a country with a yearly government budget of around £30bn, the fluctuations in the fortunes of North Sea oil has introduced a level of economic volatility that remains today. Revenues had been recovering pre-Covid, after briefly turning negative in the middle of the last decade.

Paul Wheelhouse, Scotland’s energy minister and the SNP’s candidate for the Scottish Parliament seat of Ettrick, Roxburgh and Berwickshire, acknowledges that “oil and gas has made a significant contribution to Scotland’s economy, and remains part of our energy mix”. “However,” he adds, “we must transition to new, cleaner fuels.”

But the UK’s policy ­– despite its climate commitments – is to continue extracting oil and gas. As for the SNP, Nicola Sturgeon said in 2017, “I want to underline and emphasis this – our primary aim is to maximise economic recovery of those reserves.”

The UK has by far the most generous tax and subsidy regime of the North Sea producer nations
Government revenue per barrel of oil, 2017 ($/barrel)

Wheelhouse says that in an independent Scotland, “oil and gas revenues would not be used for day-to-day spending, but committed to a net zero fund”.

Kenny Crossan, lecturer in economics at Edinburgh Napier University, says the SNP’s fortunes are closely tied to fossil fuels. “The SNP has historically been an oil and gas party, but it got burnt during the last referendum when the oil price crashed,” he says. “The party now hopes and thinks renewable energy will offer more stability. The advantage of wind power is that the cost is consistent.”

In a recent paper, he and fellow lecturer Piotr Jaworski argue that wind power could even help an independent Scotland’s apply for re-entry into the EU. The bloc’s fiscal rules set a budget deficit of no more than 3 per cent of GDP as a requirement for full entry. Scotland’s deficit is far too high, at 8.6 per cent of GDP including North Sea oil revenues, or 9.4 per cent without them. “Massively increasing wind energy from Scotland could help balance the books,” says Crossan.

As part of the UK, however, there are “only so many levers [Scotland] can pull”, says James Brabben, a consultant with Cornwall Insight. This is largely down to the UK’s “contracts for difference” system for low-carbon electricity generation, which means that power over decisions on wind farms in Scotland stays in Westminster.

“The next auction round will mean potential wind farms across the UK competing with each other to get built,” says Brabben. A similar situation exists for onshore wind and solar deployment: “There are issues on the energy agenda Scottish politicians would like to control, but that might not be possible because policies are made elsewhere.”

North Sea oil and gas production is set to continue for decades to come
UK oil and gas metrics, 2019, in billions of barrels of oil equivalent (bboe)

Both England and Scotland are keen to show support for a “just transition” away from fossil fuels, in which, as Wheelhouse puts it, “no one working in the oil and gas industry should be left behind”. The SNP set up a £12m Transition Training Fund in 2016 “to help oil and gas industry workers retrain for jobs in other sector,” he says, followed by the establishment of the Just Transition Commission (JTC) in 2018 and a £25m National Transition Training Fund in 2020.

But word doesn’t seem to be getting out to the men (and women) on the rigs. Ninety-one per cent of North Sea oil and gas workers have never heard of just transition, suggests a 2020 report by Friends of the Earth (FoE), Greenpeace, and social justice organisation Platform. Those that have tried using the scheme “experienced huge amounts of red tape” says Platform’s Gabrielle Jeliazkov. Some waited 18 months before they received funds for retraining, ”which is an insane amount of time, if you’re unemployed”.

The North Sea rigs employed 30,000 people in 2019. Since March 2020, 43 per cent of North Sea oil and gas workers have been made redundant or furloughed. Around 70 per cent of workers are now contractors and 82 per cent of respondents to the FoE survey said they would consider a job outside the sector.

Oil and gas “was a really good industry to work in, but over the last few years it has deteriorated rapidly”, says Steve (not his real name), a 42-year old offshore worker who has been employed on the rigs for 22 years.

“The Scottish government has lots of big ideas about just transitions, but workers and communities seem to be missing from policy,” suggests Ryan Morrison from FoE Scotland. “Their focus is on shifting the market a little bit, addressing business interests.”

The Just Transition Commission does acknowledge that “recent aspirations for green jobs have not delivered on all the benefits promised for Scottish workers and communities”. The SNP has committed to implementing the recommendations of a report by the commission, which proposes ambitious plans for the Scottish economy, including a manufacturing base for renewables, and carbon capture schemes at power stations and industrial sites. Together, the report claims, such plans could create 7,000 to 45,000 “UK jobs associated with Scotland” by 2030.

In Scotland, much more than the rest of the UK, the energy mix is not merely a part of the global response to the climate crisis, but of the country’s political future.