The Conservative Party leadership race, and indeed the next general election, will be decided by big economic ideas. In a country in which double-digit inflation has just arrived and a recession is all but inevitable, voters want bold new ideas.

Liz Truss understands this well, and is offering Conservative members a £30bn package of tax cuts alongside other measures, such as “full-fat free ports”, which she claims will boost investment while simultaneously lowering inflation. “Trussonomics” is a radical departure from the current orthodoxy, an economic rethink that will have serious implications for businesses, consumers and institutions, especially the Bank of England.

Critics, however, say that the assumptions Truss is making – that tax cuts pay for themselves, that there is capacity in the economy – are incorrect. The Institute for Fiscal Studies (IFS) has warned that without significant cuts to public spending, the Truss plan would leave a £23bn deficit in government accounts.

Can cutting taxes help the economy?

Truss has said that abandoning next April’s rise in corporation tax from 19 per cent to 25 per cent and reversing the rise in National Insurance, introduced in April this year, would increase business investment and boost the “supply side” of the economy (which covers productivity and efficiency). 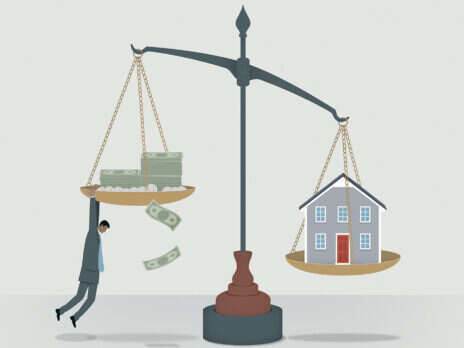 Tax does have a relationship to investment, the director of the Oxford University Centre for Business Taxation, Michael Devereux, told me. “In the context of a multinational deciding whether to set up a plant or invest in the UK as opposed to some other country, then there’s plenty of evidence the tax rate does play a role in that decision.”

As a former trade secretary, Truss may have a particular interest in these foreign direct investment decisions and the policy that affects them. But as far as the rest of the economy goes, slashing corporation tax is less useful. Devereux said domestic businesses are more concerned by things such as capital allowances and deductions (such as Rishi Sunak’s super-deduction) for investment. For most investments, the calculation “depends much more on how generous the tax system is in defining taxable profit” than the headline rate at which profits are taxed.

While businesses clearly do consider the cost of tax when planning a new investment, Devereux said the link between National Insurance or income tax and “any kind of growth is not at all clear”. In other words, people do not individually respond to lower personal taxes by staying for an extra hour at work every day, or by being more productive.

[See also: Rishi Sunak’s tax-cut pledge is a desperate attempt to keep up with Liz Truss]

Truss has also claimed that her tax cuts would help rein in inflation by boosting businesses and powering up the “supply side” of the economy. From one angle this makes sense: the inflation we’re currently experiencing is driven by tight supply (high energy costs, shortages, disrupted supply chains), so it can be argued that increasing supply would balance demand, therefore addressing rising prices.

However, even if businesses did decide to reinvest the money they saved from lower corporation tax, this would only create more demand, because businesses are consumers too: they can’t just magic up supply from nowhere. So this would at least cancel out the effect of the tax cut, and could just create more inflation.

With personal taxes, too, the effect of being able to keep more money likely means higher spending, and therefore demand, which could put more upward pressure on prices.

This isn’t to say that tax cuts can’t be disinflationary: targeted tax cuts, such as fuel and VAT, directly lower the cost of items in the “basket of goods” that the Office for National Statistics (ONS) uses to calculate how quickly prices are rising, which can have a knock-on effect on the price of goods and services that are linked to the rate of inflation, such as rail tickets and mobile phone bills.

[See also: How inflation is worse for women]

Inflation is frightening and must be slain – but it does have an upside for Truss supporters. As prices and wages rise, so too do government receipts, as higher taxes are charged on goods and “fiscal drag” – one of the least fun kinds of drag – pushes more workers into paying higher tax. Meanwhile, government debt gets cheaper to service, creating tens of billions of pounds’ worth of “headroom”, which Truss says is now available to make tax cuts possible.

The problem with this is that it’s fairy gold, created by historically low interest rates (and therefore very cheap government debt). For every percentage point that interest rates rise, according to the National Institute of Economic and Social Research, the £800bn in government debt that is serviced at the Bank of England’s base rate will immediately cost around £10bn more, and could end up costing £20bn more in the long run.

One economist cited by Truss as an influence is Margaret Thatcher’s former adviser, Patrick Minford, who wants a Bank rate of 5-7 per cent. In a healthy economy this might be desirable, but the UK has a long, long way to go before it can afford debt at those prices.

Are full-fat free ports as delicious as they sound?

Free ports – business zones in which companies are encouraged to invest by lower taxes and regulations – are arguably Sunak’s favourite policy; he saw them as a key reason to escape the EU’s state aid rules. Truss is very much parking her tanks on Sunak’s lawn with an offer of “full-fat” free ports that will – thanks to details that have yet to emerge – be even freer than his.

In practice, however, the key freedoms that free ports confer include the freedom to launder money and evade taxes (as noted by the European Parliament in 2018). Deregulated zones can also provide businesses with more leeway on workers’ rights; as the rapid growth of the gig economy has shown, this can indeed benefit a few businesses, but it also keeps a lid on productivity by suppressing wages and preventing workers from investing in their own career development.

Return of the Iron Lady?

Truss may well be sensible to appeal to older Conservative members as a second Thatcher, whom they will remember as having beaten inflation with such policies as money supply targets for the Bank of England (Truss has said she wants to change the Bank’s mandate and that “we have not been tough enough on monetary supply”). But they may also remember that Thatcher achieved this by causing a deep recession in which three million people were unemployed.

Worse still, the policies that finally got Britain out of its recession in the early 1980s – selling off national industries, selling off social housing, deregulating banks and other industries – will not be available to the next Prime Minister, because those cards have already been played.

At its most concerning, Trussonomics amounts to doing the damage caused by Thatcher without the remedy that followed.

This article was originally published on 1st August and has been updated and republished with the latest information.

[See also: Reviews: Tenants by Vicky Spratt and Down and Out by Daniel Lavelle]