Yesterday’s announcement that over 1000 jobs are to be cut from steel mills in Wales and England is devastating for the communities affected.

The vast majority will come from the Tata plant in Port Talbot, a major presence in the South Wales economy and a site which has employed some families for generations.

Job losses on this scale are always devastating, with each and every one a tragedy for the employee and their family, not to mention the knock – on effect on jobs in the local community, but it is a double tragedy when we know that so much more could have been done so much more quickly by the UK government to avoid today’s tragic news.

The industry has been very clear: it does not want hand-outs or any half-baked proposals for nationalisation. It wants a level playing field in order to survive in a highly competitive global environment.

What does stagflation actually mean? 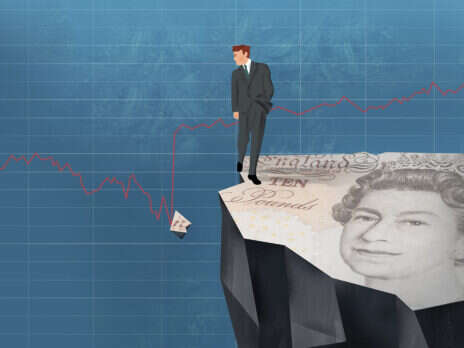 Is Brexit to blame for the UK’s extra inflation?

Back in 2010, the Chancellor hit the industry with the punishingly high carbon tax, a tax unique to the UK, which is not paid by any of our competitors, inside or outside the EU. In spite of calls from the industry, trade unions and Labour MPs, and even promises back in 2011 from the Chancellor himself of help for the energy intensive industries, he only confirmed this help a month ago, and it is now looking very much like too little too late.

The Conservative government has been wilfully slow to tackle the Chinese dumping of steel which is crippling the UK sector. The government has blocked EU reforms which would make it easier to keep Chinese steel out, and the government all but confirmed today that it is backing market economy status for China – a move to remove trade tariffs that will further intensify the pressure on our steel sector. It seems that George Osborne is far more interested in selling off British industries to China than challenging them on their uncompetitive practices as Jeremy Corbyn and Angela Eagle did during President Xi’s recent state visit.

We will continue to need steel, and, with our highly skilled workforce and Tata’s recent investment in the new blast furnace in Port Talbot, there is every reason why that steel should be made here, but, to ensure that happens, we need urgent action from the UK Government to enable the UK steel industry to compete on a level playing field and secure a future for the UK steel industry.