From the American Government Accountability Office (pdf) comes this chart of revenue, expenses, and profit in the US aviation industry: 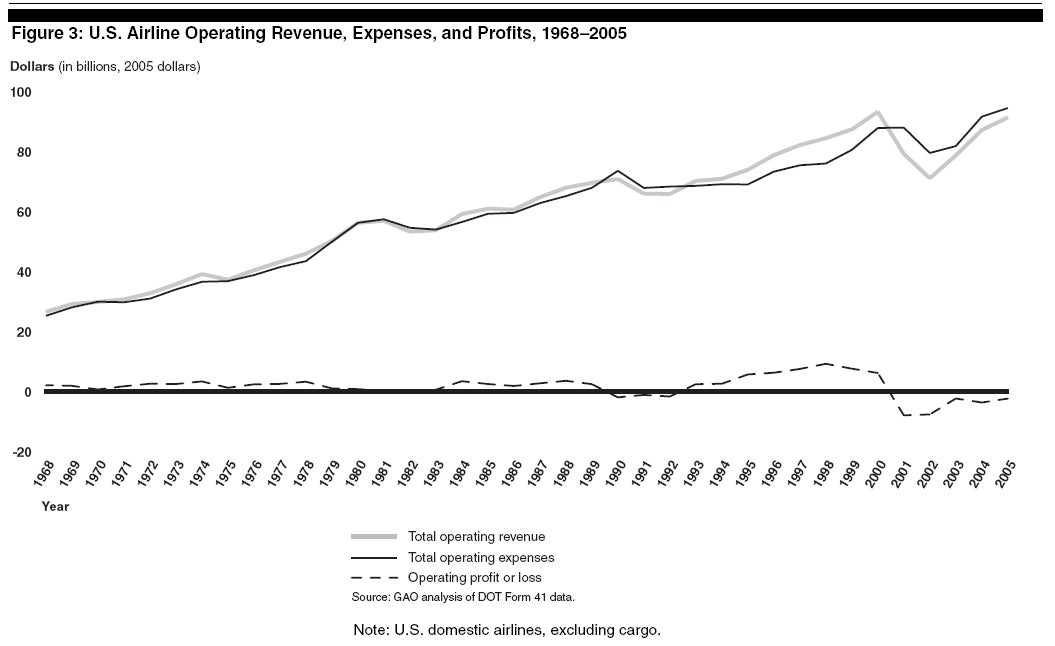 Revenue in the industry has grown almost non-stop for the last 40 years, but expenses have more than kept pace. Only for a brief period in the 1990s did it look like flying passenger planes might make money, but that was derailed by the 2001 crash. As Matt Yglesias comments:

Some things that work as technology don’t work as a business model. The Concorde was like that. An engineering marvel that couldn’t make money. But… basically the entire passenger aviation industry in the United States is like that.

It’s worth remembering as well that international flight isn’t much better. Most of the industry is dominated by nationalised (or recently privatised) prestige carriers which can’t be allowed to go bust due not only to their stranglehold on their domestic markets, but also through simple national pride. What would be interesting to see is whether that’s a cause or an effect.

After all, if the all-encompassing British Airways had gone bust one of the first seven or eight times it ought to have in a proper market, perhaps the rise of the low-cost carriers (who do in fact make a profit from flying planes) could have happened a bit earlier. Or maybe government intervention was the only thing which allowed the aviation industry to mature enough that anyone could make a profit at all.