Market Economics has released the purchasing managers’ index data for the services sector in the month of July. It shows a sharp increase in activity in the sector, dominant in the UK economy: the index stands at 60.2, well above the 57.2 forecast. It is the best growth services have seen since 2006.

The PMI is compiled from data contributed by purchasing managers across Britain, and values of above 50 represent increasing growth in the sector, while values below represent increasing contraction. A value of 60.2 thus represents extremely strong growth for the services sector; and, given the strength of that sector in the national economy, bodes well for overall growth in the third quarter of 2013.

The below chart shows quite how high the reading was, and also how well the PMI data – an incomplete but speedy measure based on survey data – tracks the ONS’s official estimate of the sector. 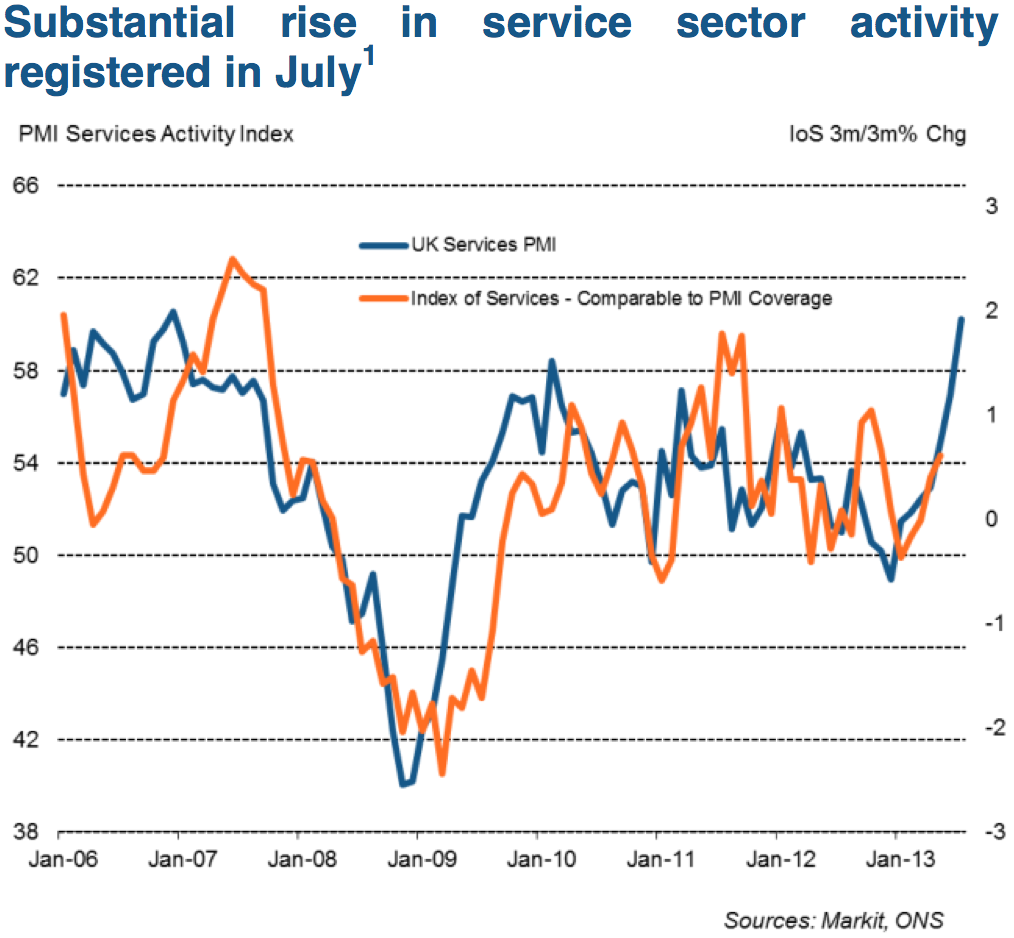 The Bank of England is right to hold its nerve

Today’s release follows that of the PMIs for the construction and manufacturing sectors, each similarly strong. The former came in at 57.0, up from 51.0 in June, while the latter came in at 54.6, up from 52.9 the month before. Both of those figures represent the fastest growth in their sectors for years, and indicated that the slump is well and truly coming to an end. Markit’s chief economist, Paul Smith, says that the service sector “appears to have genuine momentum”. “Although an early call on one month’s data,” he adds, “the forward-looking elements from the survey point to a further strengthening of GDP in Q3 as the UK heads towards ‘escape velocity’ and self-sustaining economic expansion.”

Those forward-looking elements include measures of backlogs in orders, as well as questions of business confidence. Backlogs, which indicate pressure on companies to expand their production, had the sharpest rise since February 2000, and have now risen four months in a row. Business confidence also strengthened, to its highest level for over a year, although that still leaves it well below even the burst in optimism immediately following the recession, let alone the typical sensibility in the mid-2000s. 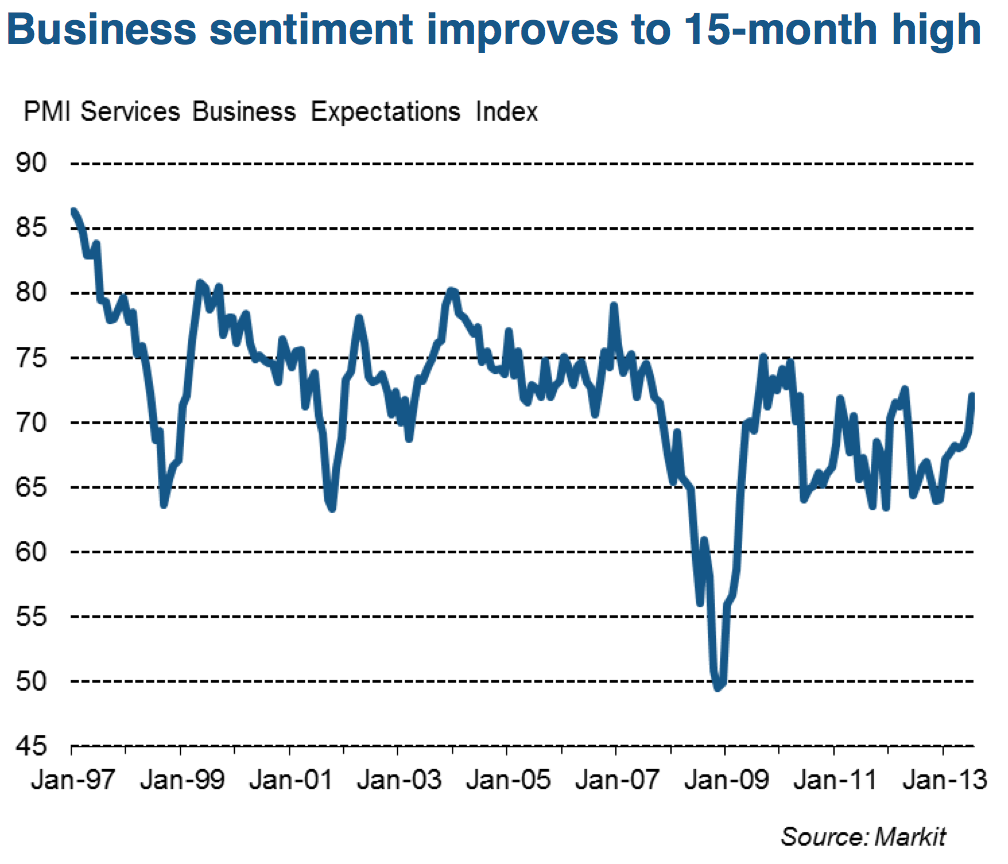 The pound saw a slight boost following the release of the news, rising against the dollar from 1.532 to 1.535.