Last year, Facebook’s Mike Zuckerberg was convinced by his medic student girlfriend that he could be doing more to increase the supply of donated organs. So he started doing more:

The actual change on Facebook’s part is small. Starting today, users in the UK and US can go to their timeline, click on “Life Event,” select “Health and Wellness,” and add the new option “choose Organ Donor”…

If everyone who is an organ donor adds that fact to their profile, then those who aren’t may start being aware of it in a way that may cause them to act.

There are a lot of “mays” and “ifs” in that, of course. It’s equally possible that no one will update their organ donor status, and the initiative will go unseen. But if Zuckerberg succeeds, it will be one of the largest applications of “nudge theory” to date.

Now, well over a year on, we have our first real indication of how effective that nudge was. In a paper in the American Journal of Transplantation titled “Social Media and Organ Donor Registration: The Facebook Effect“, researchers have found that on the first day of the new organ donor initiative, there were 13,054 online registrations to become a donor in the US. That’s 21 times as many as there are in a normal day; in one state, Georgia, the increase was well over a hundred times the norm. 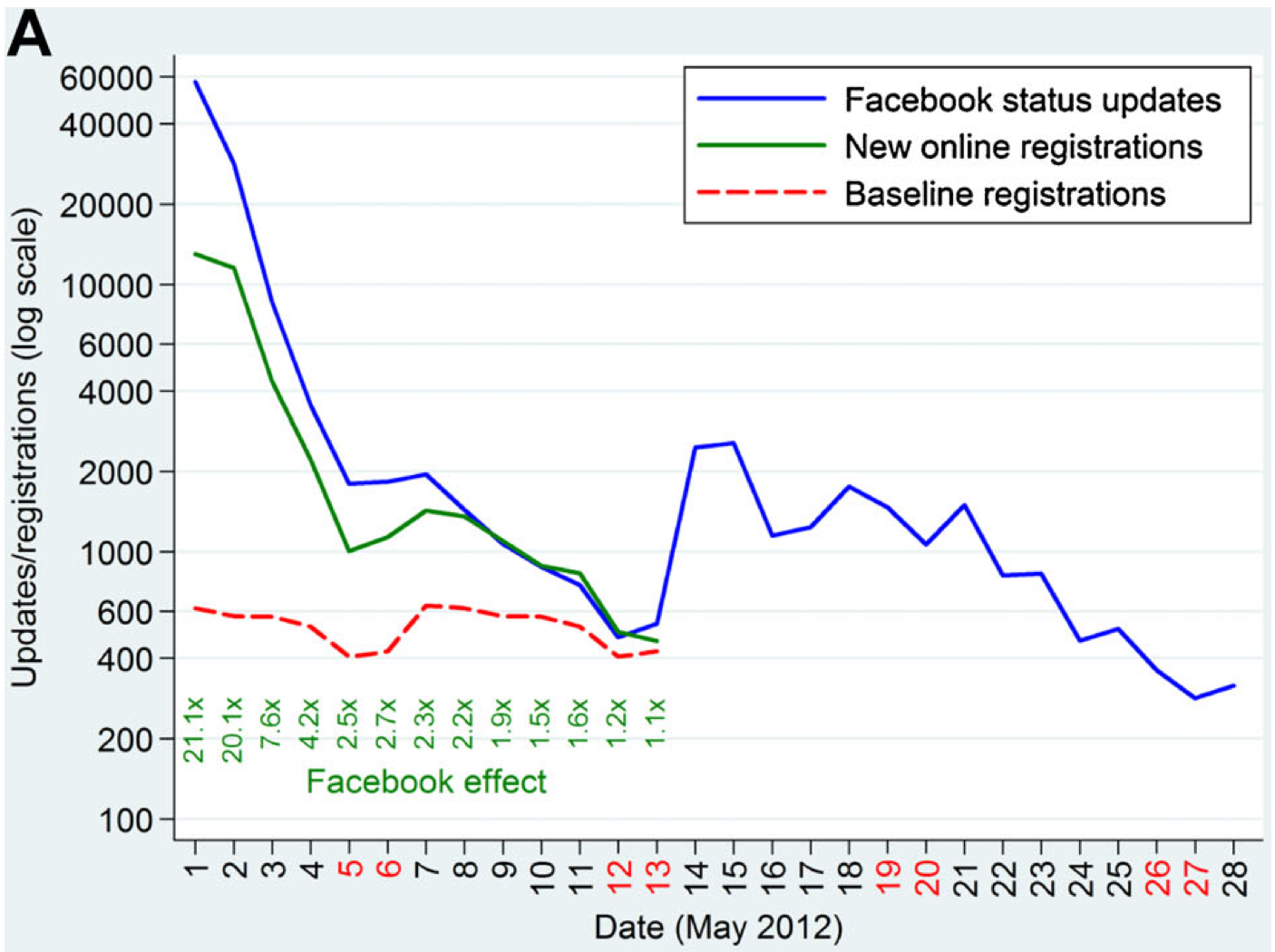 What’s more, the registration stayed high for almost two weeks after: in total, over 30,000 people more than usual signed up to be organ donors in the first 12 days of the initiative. Since an organ donor can save multiple lives, it might be one of the most cost-effective public health interventions ever recorded. The authors write that:

What is harder to work out is whether the initiative has any longer-term effects. Once the novelty faded away, were there still more daily registrations than there used to be? It’s hard to determine, since any change to the baseline is likely well within the normal fluctuations. But even if there aren’t, the one-time effect is valuable enough that Zuckerberg’s decision has paid dividends.