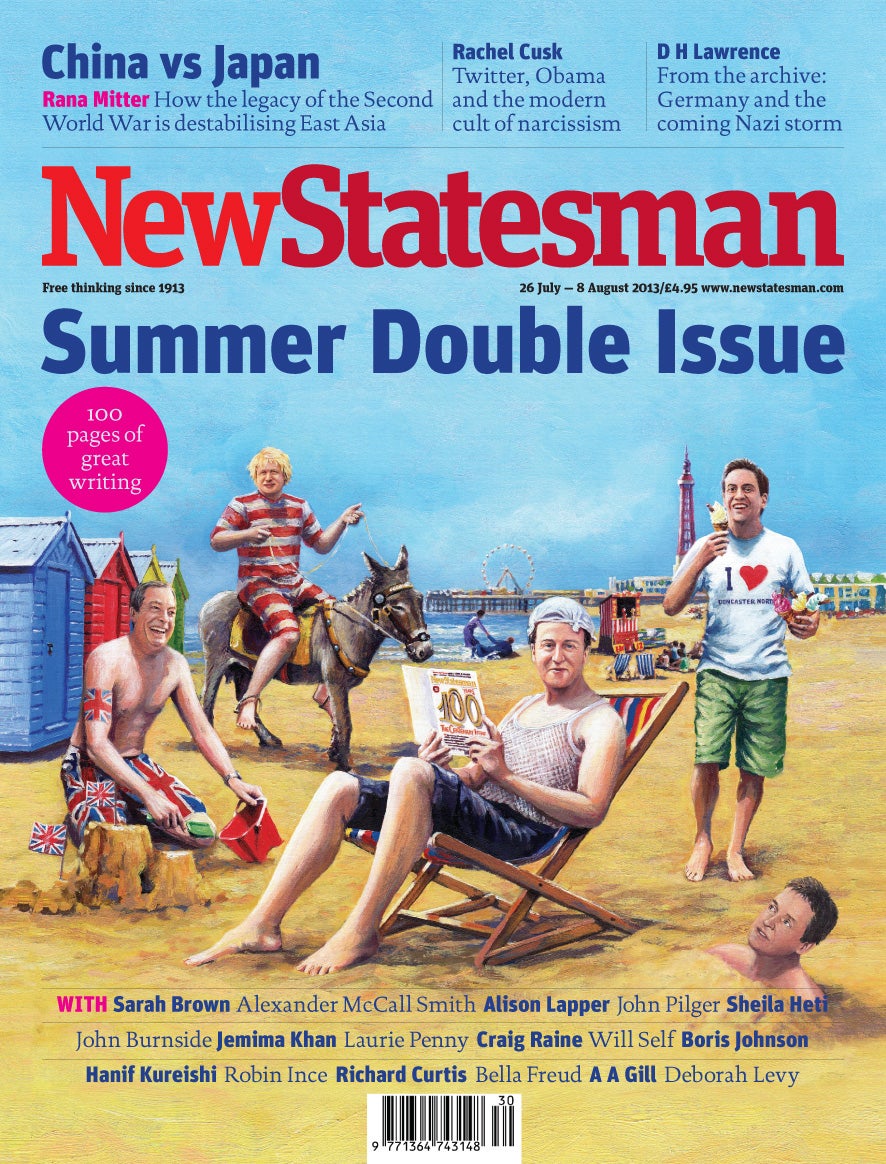 This article is from the current double summer issue of the New Statesman, out today. To purchase the full magazine – with articles by Rafael Behr, Rachel Cusk, Rana Mitter, Ian Sansom and Alexander McCall Smith, a photo essay from South Africa, an archive piece by D H Lawrence, and columns by Laurie Penny, Alison Lapper, Peter Wilby, Helen Lewis, Will Self, Sophie Elmhirst and John Pilger – please visit our subscription page.
‘‘Economics in the end trumps politics,” said Peter Oborne on Newsnight in his infamous 2011 “that idiot in Brussels” interview. At the time, Jeremy Paxman accused him of being gratuitously offensive – and it seems to be his modus operandi. The mouthy buffoon (MB) was similarly offensive again the other day in a delusional Telegraph column, “The left talks gibberish while David Cameron racks up successes”, in which he argued that after three years the Tory-Lib Dem coalition’s daring reforms are “starting to pay dividends”. No mention, naturally, of the 50-odd U-turns such as the pasty tax, the joint strike fighter and minimum alcohol pricing.
The MB accused me of being a “cod-Keynesian”, which is rather surprising, given that I’ve never expressed any view whatsoever about the fishing industry.
Let’s plaice his comments in context. The MB apparently spoke with Tony Travers, who, he argued, is from the “respectable” part of the London School of Economics, even though he is not a member of the permanent faculty. I am wondering whether he thinks my distinguished friends Tim Besley, John Van Reenen, the Nobel laureate Christopher Pissarides, Nick Stern and John Hills are from the “respectable” bit. Or Richard Layard, or David Metcalf?
Let’s go through a couple of other bits of nonsense. First: “. . . the government’s audacious and thoughtful strategy for economic and social reform is holding up very well”. You could have fooled me. Unemployment is 2.5 million and still rising – the last six monthly observations were 7.8 per cent, 8.1 per cent, 8.0 per cent, 7.4 per cent, 8.0 per cent and 8.0 per cent, and the employment rate is falling. Youth unemployment is still around a million, long-term unemployment is rising and real wages continue to fall. “Thoughtful” the strategy is not. Indeed, it is hard to find a single economist who supports it.
Maybe Oborne didn’t notice that the whole basis for the Chancellor’s economic strategy – stemming from work by Carmen Reinhart and Kenneth Rogoff – has been shown to be ruined by spreadsheet errors. Recall that in 2010 the Chancellor argued in his Mais Lecture that: “The latest research suggests that once debt reaches more than about 90 per cent of GDP, the risks of a large negative impact on long-term growth become highly significant.” We now know it doesn’t.
The underlying picture for the public finances is one of stalled progress in deficit reduction. As the independent consultancy Capital Economics notes, “stripping out various temporary factors, the fiscal position remains fragile”.
Then there’s this from Oborne: “Economic growth, though weak, has not been entirely extinguished in a weak international environment. Anyone who predicted such an outcome three years ago would have been labelled mad.”
In his Budget statement of 22 June 2010 the Chancellor said as follows: “Growth in the UK economy for the coming five years is estimated to be: 1.2 per cent this year and 2.3 per cent next year; then 2.8 per cent in 2012 followed by 2.9 per cent in 2013.” We got 1.7 per cent, then 1.1 per cent and 0.2 per cent and perhaps 1 per cent for 2013. Great success – growth was a quarter of what was predicted by the coalition.
Oborne is right about one thing: economics in the end trumps politics. Given the worst lack of recovery in a century, the only sensible conclusion is that Cameron has established a track record of economic failure. No dividends.
David Blanchflower is the New Statesman’s economics editor