Tech journalist Benedict Evans has uploaded the slides from a talk he gave at BEA, the American publishing industry’s key conference. It’s a state-of-the-nation of the mobile industry, and is a pretty perfect snapshot of quite how much more important smartphones and tablets are than common-or-garden PCs.

But my favourite slide from it is this one: 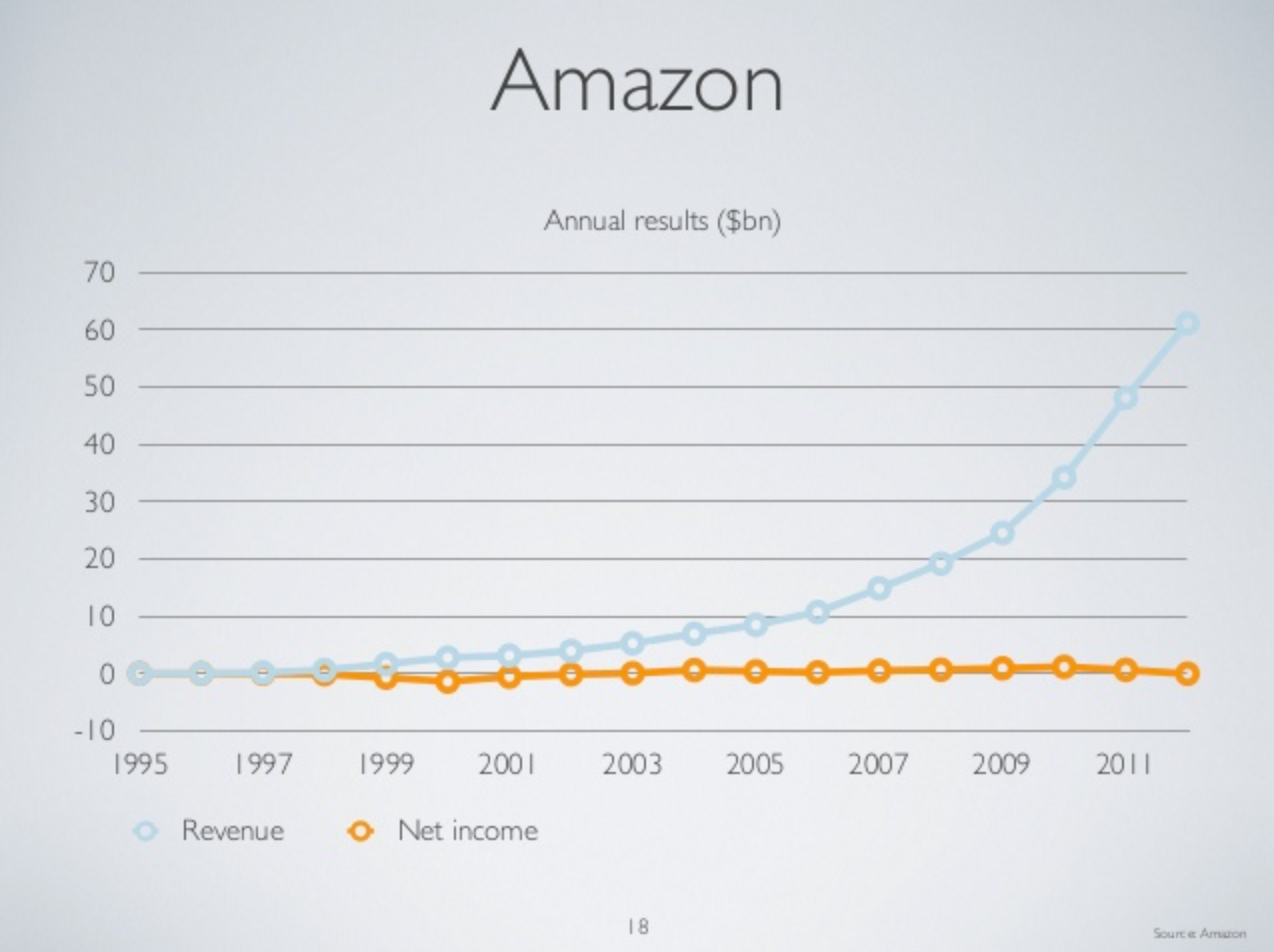 It underscores what I’ve been saying about the company for some time: Amazon, even while being one of the largest retailers in the world, is still acting like a Silicon Valley start-up, trading profits for growth on an astronomical scale.

This has all sorts of implications: it means that it’s hard to work out exactly what level of tax the company “should” be paying, especially when the only figures available for any individual country refer to revenue rather than profit; it means that it’s basically impossible to compete against them on their terms, which is almost certainly what did for HMV; and it means that the company is now competing with its own suppliers, becoming a publisher in an attempt to drive prices ever lower.

But there’s another side to this: it means that the company is engaged in a decades-long plan to take every penny of profit made by basically any retailer in the world, and return it to the customer. That’s hard to argue as a bad thing, especially when you consider that the vast majority of the price pressure is hitting companies like HMV and Waterstones – juggernauts who, in their own heydays, were hardly the most sympathetic of companies.

The unspoken assumption underlying it all, though, is that Amazon has an end-game in mind. At some point, is it going to decide the time has come to make a profit? Or is it just going to grow and grow until it is the sole seller of every product in the world? Neither of those outcomes would be great. But judging by the trend, we’ll find out which it is sooner rather than later.