The BBC has mixed TV watching with data. Clearly, this is amazing.

iPlayer now includes a prototype of an experimental “mood chart”: 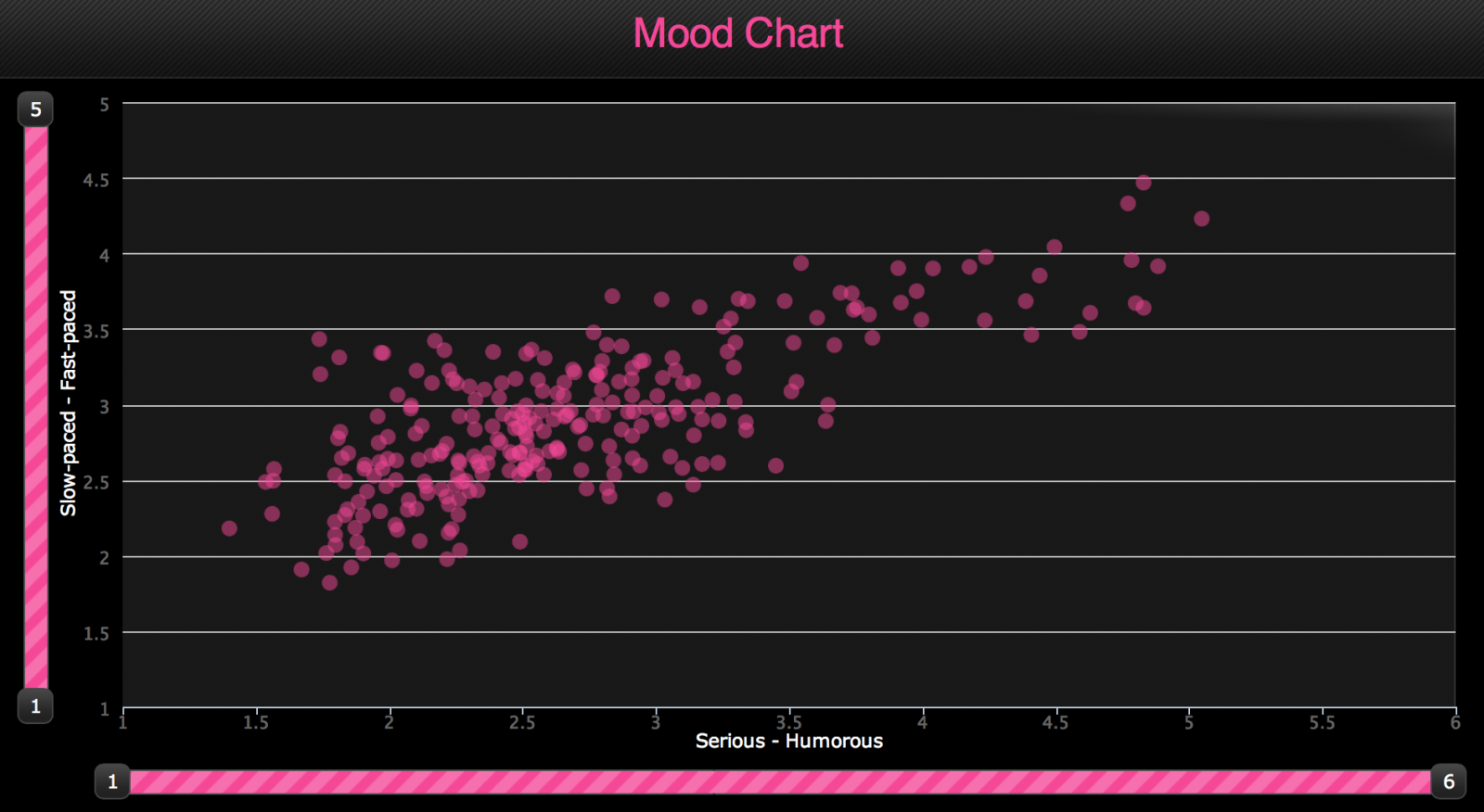 The chart lets you choose what to watch by picking whether you want a slow-paced or fast-paced show, and whether you want something serious or funny. Shows are marked for both qualities on scales of 1-5 and 1-6, and then put on the above chart.

Data journalism! What can we learn from the chart? Sadly, we will have to do this through visual inspection rather than proper analysis, since the BBC haven’t yet responded to requests for the data.

Nonetheless, we can see a strong positive correlation between “humour” and how fast paced something is. The fastest paced program – the Graham Norton Show – is also the third most humorous (which, well, casts doubt on the accuracy of their dataset), while the most serious – Panorama’s How Safe is Your Hospital – is in the bottom twenty for pacing.

It’s also interesting to see that the dataset as a whole errs on the side of slow pacing, and is substantially more serious than it is humorous. All but 36 of the shows in the dataset are less than the midpoint on the humour/serious spectrum.

And, while it’s impossible to tell without the full dataset, the median programme seems to be Lilly the Magnificent – a German short film aired at 4am on BBC 2. Which is weird.