The ONS has released the inflation report for this month. It’s up. A lot:

The Consumer Prices Index (CPI) annual inflation stands at 2.7 per cent in October 2012, up from 2.2 per cent in September. The main upward pressure came from the education sector (university tuition fees) with smaller upward contributions from food & non-alcoholic beverages and transport. These were partially offset by downward pressures from the housing & household services, recreation and miscellaneous goods & services sectors.

The Retail Prices Index (RPI) annual inflation stands at 3.2 per cent in October 2012, up from 2.6 per cent in September. 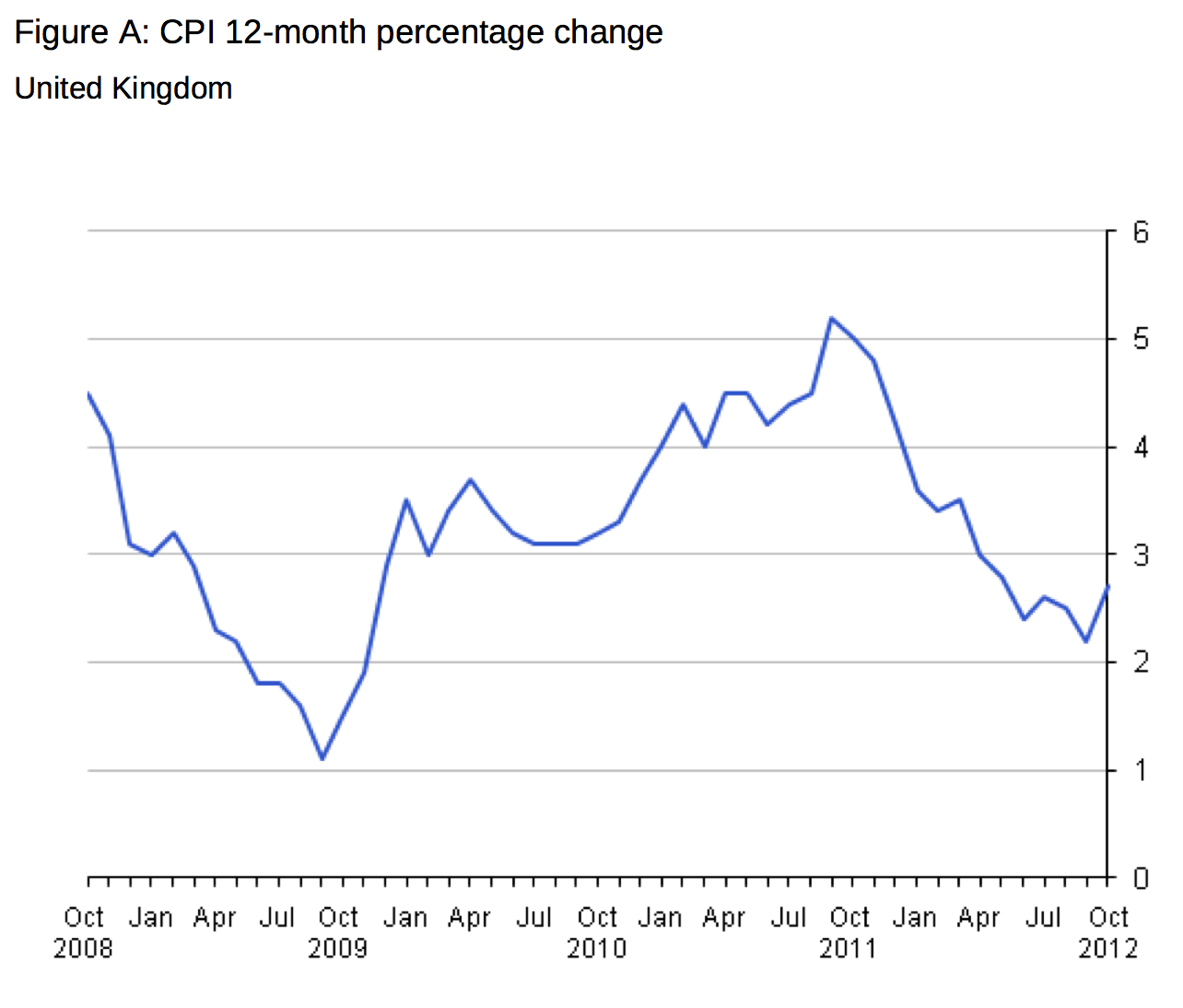 That’s the highest since May for the CPI, and 0.4 points higher than the consensus estimate (which was for 2.3 per cent for RPI and CPI). The fact that the main upward pressure came from tuition fees means that this rise is almost entirely due to the government’s own decisions – and also that it is all-but-guaranteed to fall by an equivalent amount in a years time.

The extent of the effect of rising tuition fees is clear in this chart, which breaks down the various contributions of different spending categories on inflation: 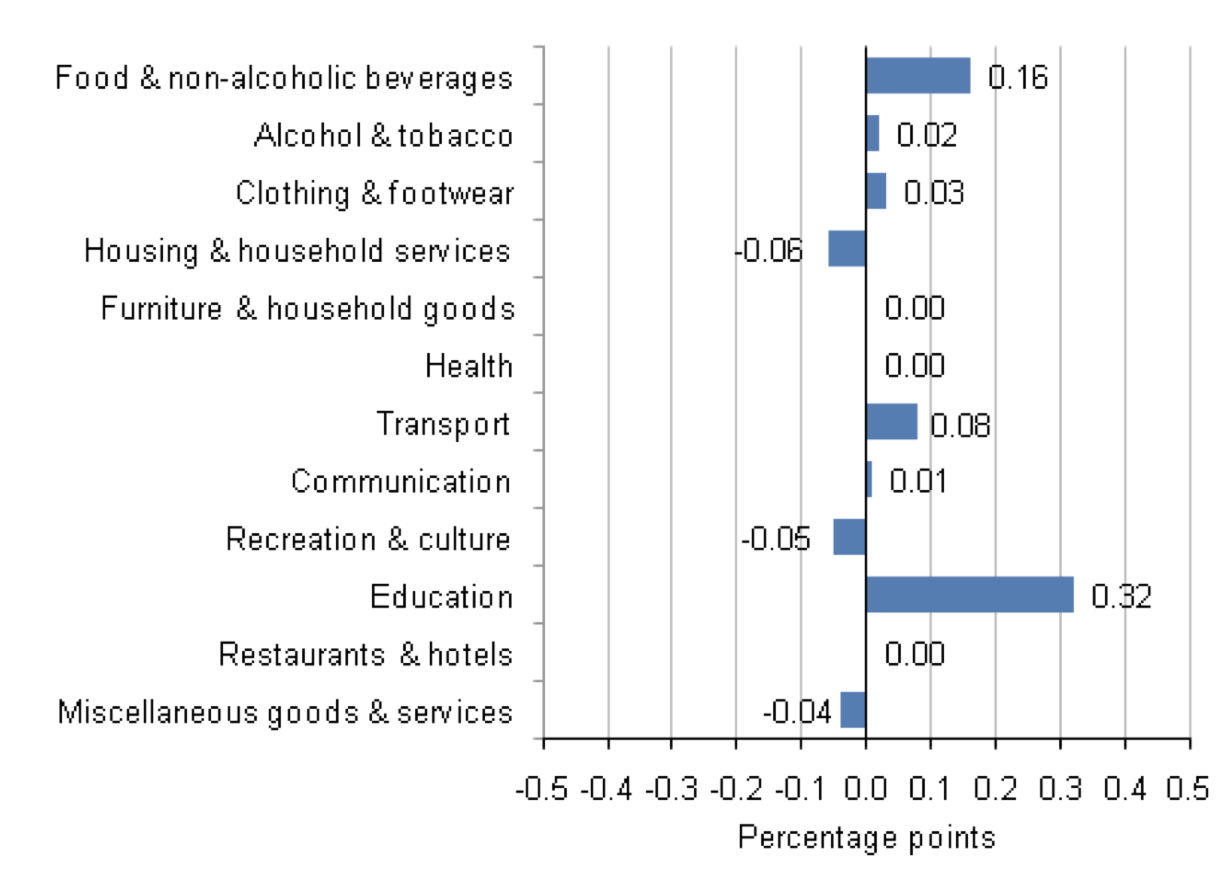 This is a crisis of a sort: It is also important to point out that this now leaves inflation again racing ahead of wage growth, by a full percentage point (wage inflation stood at 1.7 per cent in the last estimate); and the idea of a “misery index” – compounding the effects of inflation and unemployment together to see the pain the economic climate inflicts on the typical person – indicates that this rise will wipe out recent goodwill gained from the falling unemployment rate. But it is not a macroeconomic crisis; without the government’s short-sighted actions in 2010, this rise would be just 0.1 per cent, easily enough to argue that low inflation is here to stay. We’ll see next month what happens to the overall trend.

This is a very nasty surprise. We had expected inflation to pick up in October because of the rise in tuition fees and food prices, but the scale of the increase was surprisingly large.

Further out we are still confident that inflation will slow back towards the target. And because of the causes of the October increase, it could be argued that these figures aren’t quite as bad for household finances as they may first appear. They represent a significant squeeze for those affected directly by the tuition fee increase, however the vast majority of people will not have been impacted.

Finally, it is worth pointing out that the inflation target is a symmetrical one. The Bank of England’s mandate is to bring inflation to 2 per cent, and it must write a letter to the chancellor explaining why it has failed if it is more than one point away in either direction. If inflation does stay below three per cent, then it remains not much to worry about.