A new study by the ONS (pdf) on the practice of revising quarterly GDP reveals that, despite some high-profile revisions, they are actually doing pretty well.

The current practice for GDP figures is to release a preliminary estimate 25 days after the quarter ends, then update it for a second estimate a month later, and release a final estimate shortly before the next quarter ends – before starting the whole process again. Even after the “final” estimate is made, there’s the possibility of still more releases:

As further data become available there are potential revisions to the quarterly GDP figures in subsequent QNA releases, as well as in the annual national accounts Blue Book publication.

The Blue Book process enables annual data to be balanced at a much more detailed level and is also the opportunity for major methodological changes to be introduced.

Whenever the preliminary estimate delivers surprising news – as it did with the most recent results – there is always a rush to point out that these estimates are usually revised (as indeed they are). But the overall picture remains remarkably accurate. The following chart compares the GDP growth given in the initial estimate to the final estimate given five years later. 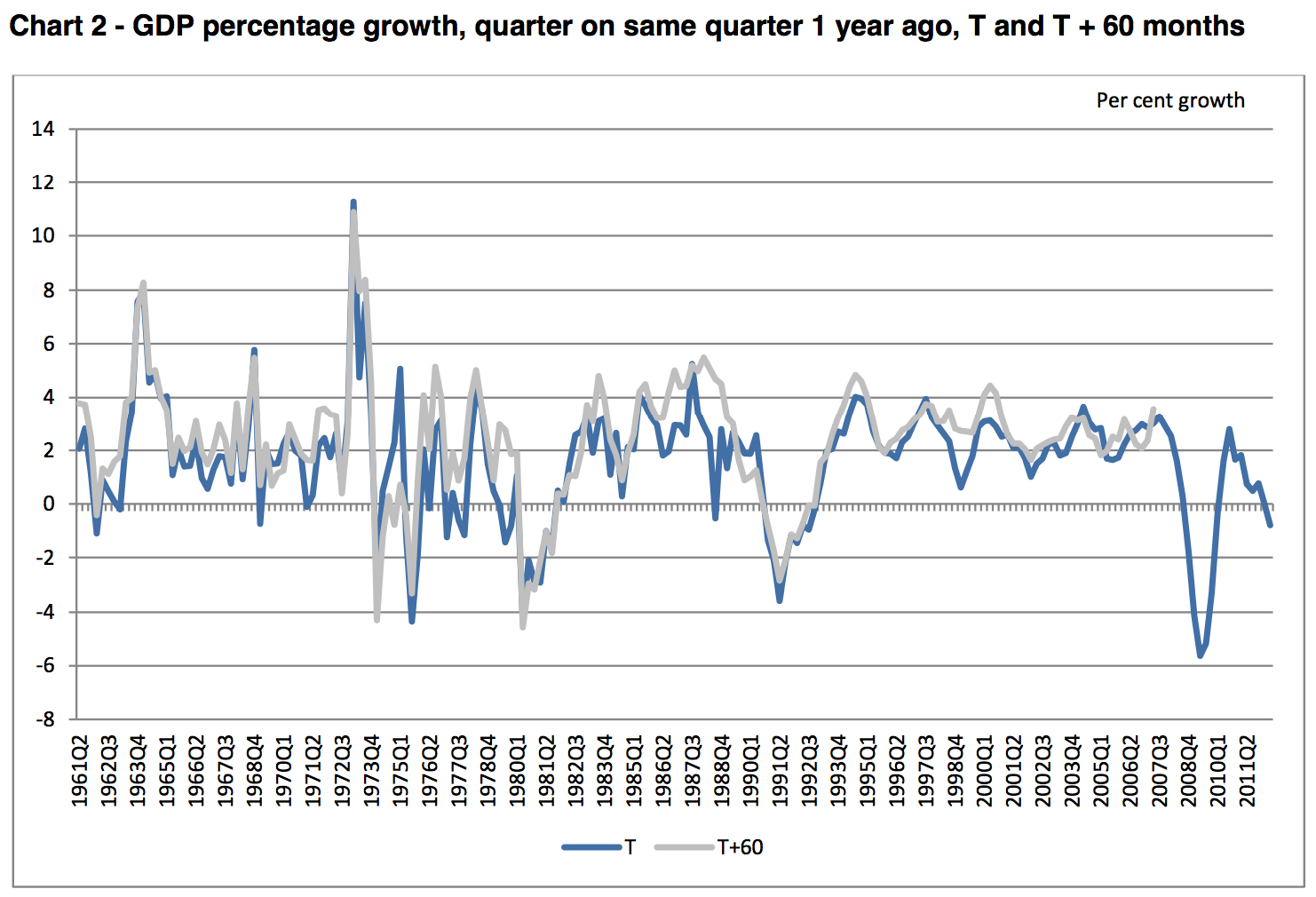 There are some pretty large changes month-to-month, but only one revision in the last 20 years which changed the big picture in any substantial way (the near-collapse in growth in early 1998 actually appears not to have occurred).

Even when the whole period is covered, the authors conclude:

In broad terms the picture of growth in GDP over the period from 1961 to 2012 quarter two is similar, irrespective of the maturity of data, although there are some exceptions. In particular the differences caused by revisions in the late 1980s were previously discussed in Brown et al, where a period of consistent upward revisions led to the Pickford Review (1989). The review implemented a number of methodological changes including the publication of a single measure of GDP.

But what about the most recent period of recession and recovery?Has the ONS got worse at making those initial estimates due to the changed economic circumstances?

The below chart shows the absolute revisions to GDP estimates in the first two years. The Pickford review of 1989, which changed the methodology substantially, clearly worked, reducing the mean revision from a change of at least 0.5 points to one of barely 0.2 points. But while there was a period of unprecedented accuracy in the late 1990s and early 2000s, things have got marginally worse recently – even while staying significantly better than they had been two decades before. 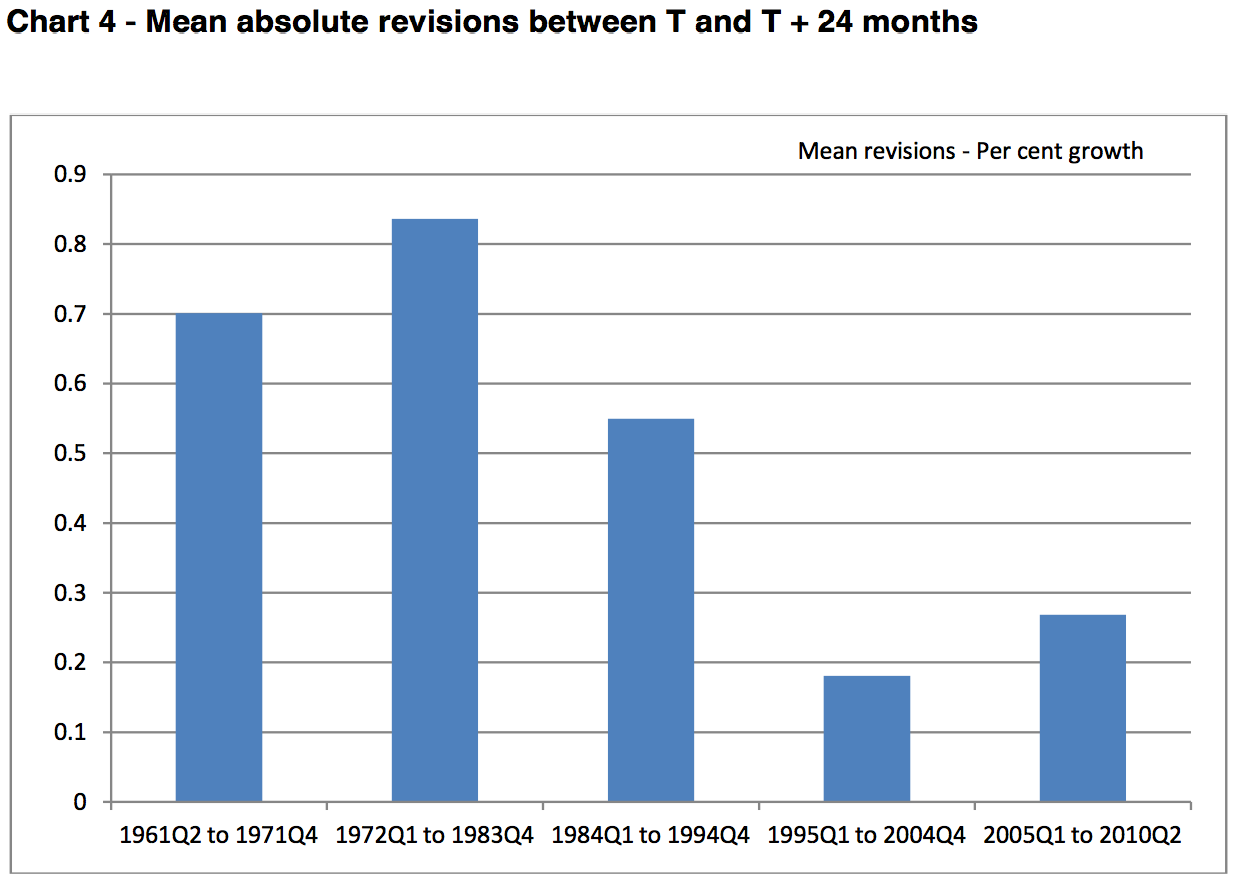 As a result, the review concludes that:

There is some evidence that in the latest periods, the size of revision has increased [although not significantly]. . .

It is possible that the assumptions and methods underpinning the early estimates of GDP may not be as robust in periods of greater volatility or at turning points in the economy as they were during the long period of stability from 1992 to 2007.

The most important thing to note, however, is that there is no significant trend for the direction of the revision. Although it’s usually positive, it hasn’t been recently: 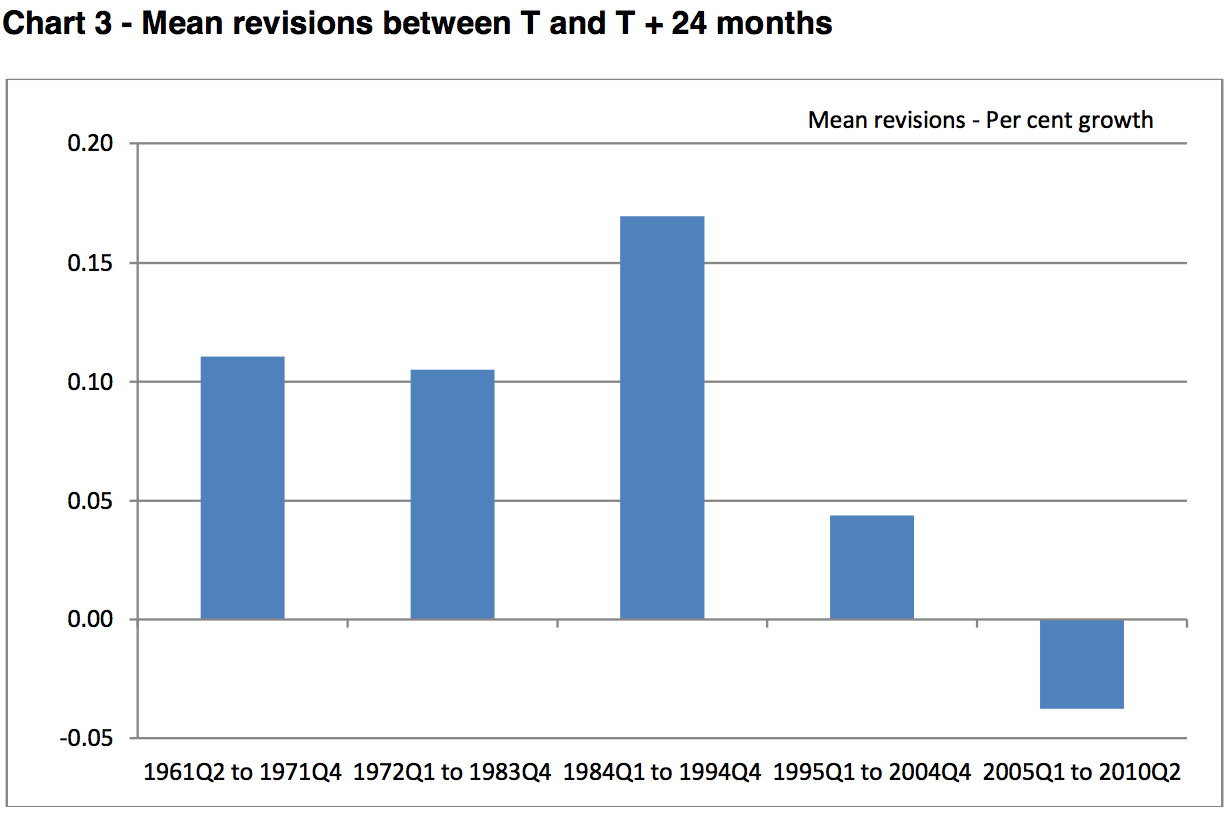 So if you are hoping that a GDP estimate will be revised, be careful what you wish for – it may not go the way you hope.