Those on the right who are fond of claiming that George Osborne’s cuts are almost non-existent should look closely at the latest employment figures. They show that the coalition has cut 432,000 government jobs since the election (with an additional 196,000 reclassified as private sector posts), reducing the public sector workforce to its smallest level since 2001 (see graph). And Osborne isn’t done yet. By 2017, according to the most recent OBR forecast, the government will have cut a further 298,000, bringing the total number lost to 730,000. In the words of the usually restrained Chartered Institute of Personnel and Development, we are witnessing “a tectonic shift in the underlying structure of the labour market”. 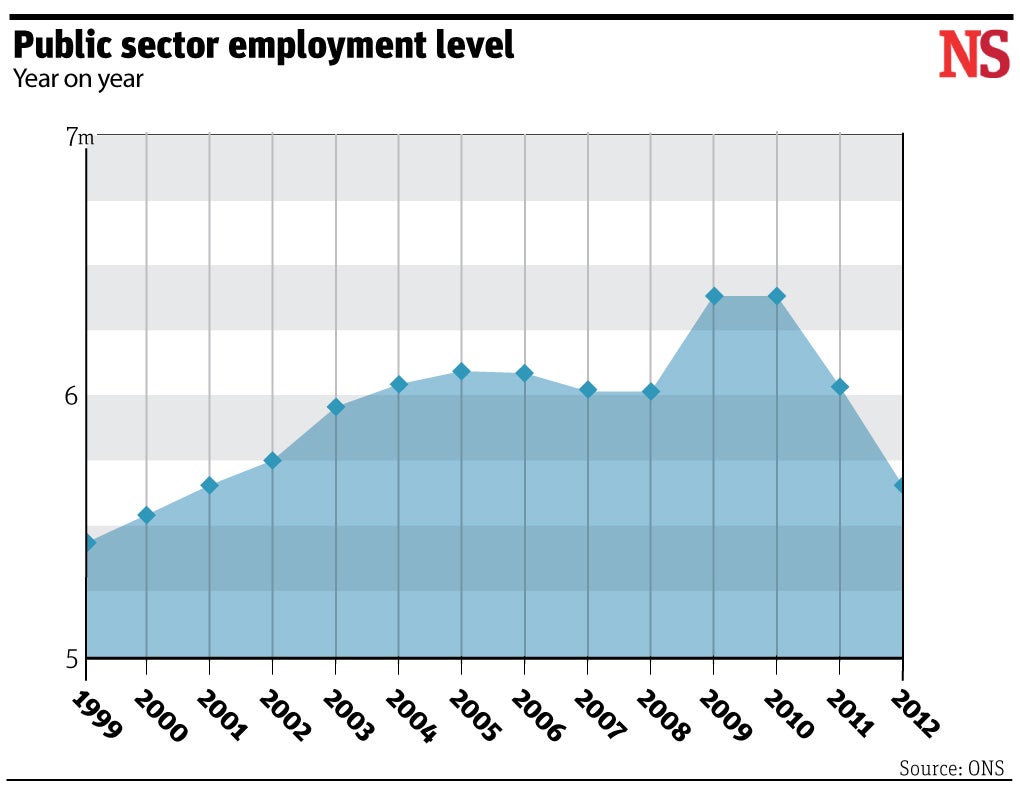 What explains this dramatic cull? Fiscal considerations, naturally, play their part. Borrowing for 2012-16 will be around £174.9bn higher than originally expected (see the Bank of England’s latest summary of independent forecasts) and Osborne wrongly believes that slashing the state is the best way to reduce it. In an inversion of Keynes, he thinks that if you take care of the deficit, unemployment will take care of itself (joblessness has fallen in recent months, but forecasters expect it to rise to 2.7m next year).  But Osborne, who is both Chancellor and the Conservatives’ chief electoral strategist, also has political considerations in mind. While in opposition, the Tories frequently complained that Labour’s “client state” made the election of a Conservative government impossible, so, in office, they have reduced it. As one senior Tory told the Spectator’s James Forsyth, “You create a bigger private sector, you create more Tories.” 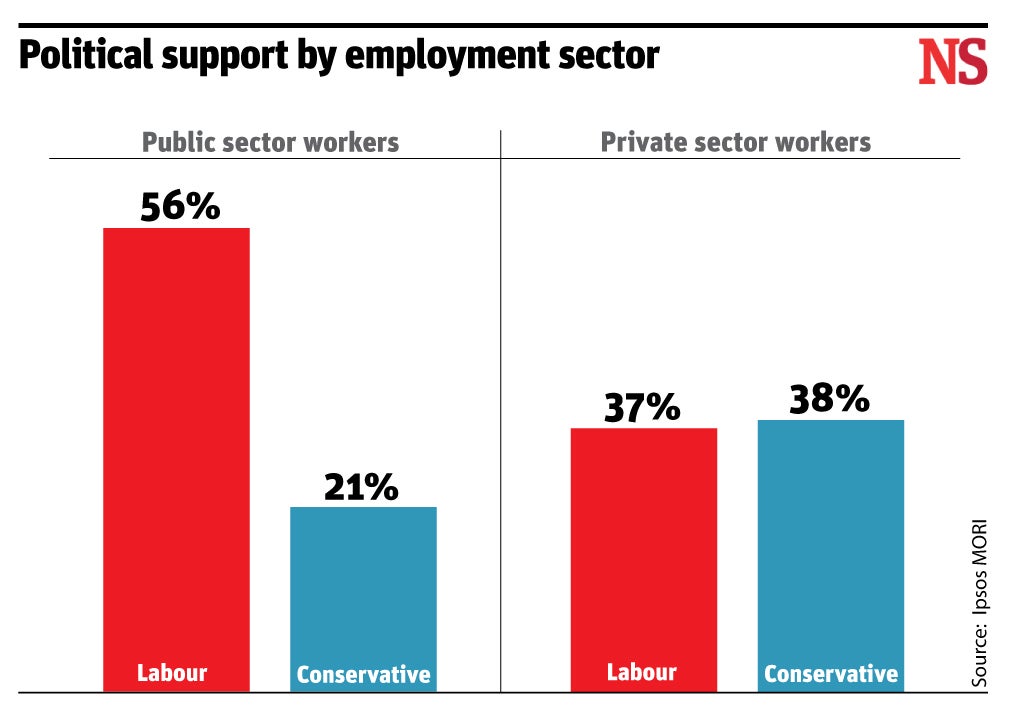 The polls certainly suggest as much. Data published last month by Ipsos MORI (see graph above) showed that while Labour enjoys a 35-point lead among public sector workers, it trails the Tories by a point among their private sector counterparts (Labour leads by 39 to 35 points among the voluntary sector). Logic says that if you reduce the former group and expand the latter (the OBR forecasts an extra 1.7 million private sector workers by 2017), the Tories will benefit. A smaller public sector means fewer people with a vested interest in high levels of state spending.

The Tories aren’t naïve enough to think that they’ll immediately benefit from putting Labour voters on the dole, rather they believe that, over time, a labour market in which the public sector plays a smaller role will smooth their path to a majority. Osborne may claim that his cuts are born of necessity, rather than ideology, but, as ever with the Chancellor, politics is on his mind too.