Of all the plans New Labour had for the country, perhaps the strangest was the idea to turn the Millennium Dome into a giant casino. The debate over the “supercasinos” proposed in the 2005 Gambling Act was a grubby episode for Blair’s government, and a gift to the Conservatives – including Boris Johnson, who wrote at the time that gambling feeds the “drug of optimism” to people who “make the mistake of believing they can win”. The plan was abandoned in 2008. But in the years since, the physical casinos have become increasingly irrelevant, as the rapid growth of smartphones has made online gambling one of the most compulsive offerings in the attention economy.

Online, the casino never closes, and it is only as far away as the phone in your pocket. Because all payments are digital, there is none of the “pain of paying” that comes with handing over cash or physical chips. The staff can’t tell if you’re drunk, because there are no staff. The gambling industry has long argued that there is a key benefit that outweighs the dangers of online gambling: the ability to track player behaviour, to spot problem gambling or addiction as it emerges and to minimise harm.

But there are clearly powerful financial incentives to use this information for the opposite purpose – to identify and market to the people who are most at risk – and there is growing evidence that this is the unseen factor in the industry’s rapid and growing success. 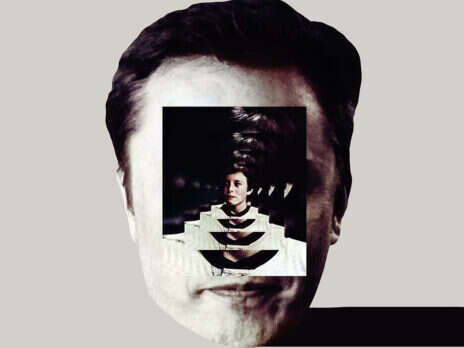 From bullied to billionaire – the inevitable triumph of Elon Musk

In the past week, the New York Times and the BBC have reported that customers of Sky Bet, the UK’s most popular gambling app, were concerned that the data held by the company and third-party data providers had been used to identify them as “high-value”, but also that their patterns of play had included loss-chasing behaviour or periods in which they had given up gambling.

Both of the gamblers interviewed had incurred tens of thousands of pounds’ worth of debt by the time they approached Ravi Naik, a solicitor and founder of the digital rights agency AWO. Naik has filed a number of data subject access requests and legal motions with different gambling operators and the companies they work with to try to reveal more about how they use gamblers’ data – especially those who are at risk of addiction.

“Our clients’ experience is that companies are not being transparent”, Naik told me. “They have had to go through a convoluted process to try to understand what third-party companies are using their information […] our clients have to ask company one, who will tell you about companies three and four, who will tell you about companies six and seven – and then they have to get separate identifiers from each one to try to piece it all together […] It is really beyond most people, hence why our clients had to instruct lawyers.”

These webs of data use make it hard to say who is making decisions about gamblers’ behaviour, and why. For example, companies are supposed to check whether a gambler can afford their losses. To do this, Naik explains, “companies provide what they call a ‘traffic lighting’ system, with a ‘green light’ indication as to whether somebody can afford to bet. We had one client who clearly could not afford to bet, but who was greenlit. Our client had no clarity over who’s determining that – who’s deciding what’s a green light and a red light? Our client could not know the thresholds, nor challenge the decisions made.”

This is not the first time that gambling data requests have raised concerns. Lydia Thomas, a producer on Radio 4’s You and Yours, gave evidence to a 2019 House of Lords inquiry in which she described receiving data that showed “evidence of problem gambling, for example, gambling all night, on obscure sports, or using a range of payment options. [..] You can see breaks in play and then emails arriving in inboxes offering customers free bets.”

Thomas also spoke to customers who had been offered membership of VIP programmes that enticed them to spend more money on gambling, without checking whether these customers could afford their habit. “Gambling companies have no idea whether a player is a high roller who can afford huge losses, or someone who cannot afford it”, she said. “Customers I have spoken to say they feel ‘groomed’ to spend more by the gambling company.”

Luke Clark, a professor of psychology and director of the Centre for Gambling Research at the University of British Columbia, studies the effects of gambling addiction on the brains and minds of its victims.

In his research, Clark has analysed the data from half a billion bets made by around 30,000 gamblers to predict, with some confidence, which gamblers had a history of self-exclusion.

The most obvious signals are, says Clark, relatively easy to spot. The biggest predictor of problem gambling in Clark’s study was “the variability in the amount bet from session to session […] someone who’s having a binge session one day, and then gambling in a more controlled way the next”. This variability is, he thinks, a sign of “loss-chasing” – betting more in an attempt to recoup losses – or simply a sign that the person is gambling whatever money comes their way.

But the data Clark uses is far less detailed than what’s available to operators.

“A gambling website can see what your average bet size is, what different gambling products you use, and they could analyse that more deeply to look at how you respond to big wins, or how you respond after a long losing streak”, explains Clark. “They can see if you’re a gambler who tends to play in the middle of the night, if you play regularly throughout the month or if your gambling is more kind of sporadic – linked to pay days, for example.”

How a gambler plays is only part of the picture operators assemble about them. “A gambling operator can see if someone has ever accessed resources for help through the website, [such as] a lockout or a self-exclusion. They can also see the deposit level data – so, when does that person top up their account, how many different banking cards do they use.”

Depending on the jurisdiction and the operator, the customer may also have submitted their address and other personal information, which would provide still more demographic insights on the customer.

Even without any personal data, gambling apps can be honed, like every other product in the attention economy, by constant testing to see how it can be made faster, easier and more compulsive. Clark says casinos have for many years collected data from their physical machines to see which bring in the most money. But digital gambling allows for much faster, much cheaper, and constant testing of the “structural characteristics” that make a game compulsive. This includes the speed of the game – the ability to place a bet every three to five seconds is part of what makes slot machines so addictive, Clark explains – to “sensory feedback – the lights and sounds, which are very amplified in slot machine games” to “the presence of near misses”, which fool the player into thinking that they almost won.

“In a sense, they don’t need to approach it very scientifically,” says Clark, “because they’re getting all this data. The environment itself allows this […] rapid evolution.”

For online gambling companies, 2020 was a stellar year. Figures released by the Gambling Commission last year show that 64 per cent of regular gamblers were spending more time or money on gambling last year, while sessions of over an hour (considered problematic by the Gambling Commission) rose by 23 per cent. Google searches for online casinos rose to record levels.

Flutter Entertainment, which owns Sky Bet, Betfair, FanDuel, Full Tilt Poker, Paddy Power and PokerStars, among other brands, more than doubled its revenue in 2020, to just under £4.4bn. The company’s stock price had risen by 126 per cent in year from March 2020.

However, the government is also conducting a review into gambling laws that may affect how operators can use their customers’ data in future.

In response to the NYT’s report, a spokesperson from Sky Bet said: “Sky Betting & Gaming uses a number of third party data providers to support in areas such as fraud detection, age and identification verification, and as part of its marketing activities. The data that was provided to the customer in this case upon request came from several third parties and includes information that Sky Betting & Gaming does not have access to.”