For countries around the world, 2020 was a year of unprecedented disruption. The International Monetary Fund has estimated a global growth contraction of 3.5 per cent for the year. But during this turmoil, some of the world’s biggest companies enjoyed significant investment, with huge increases in their market capitalisation and the wealth of their top executives. The picture from the markets looks optimistic – if you look at a few companies.

Technology companies such as Tesla, Nvidia and Amazon emerged as some of the pandemic’s biggest winners in investor confidence, but other markets have declined steeply, with oil and gas companies such Occidental Petroleum and Marathon Oil registering the biggest losses.

While a high share price does not automatically add to a company’s fortunes, issuing new shares has been a lucrative business for some. Tesla, for example, issued tens of millions of new shares, creating far more income from selling equity than it did from direct sales of its cars. As major shareholders themselves, the individuals in charge of these tech giants have also benefited: Tesla’s Elon Musk (briefly) became the wealthiest person in the world at $185bn, while the net worth of Amazon’s Jeff Bezos grew by $70bn in a single year.

Our analysis of stock market data for 500 of the biggest public companies in the US gives a picture of an economy now steeply tilted towards technology.

Big Tech has grown spectacularly during the pandemic

A handful of companies were responsible for much of the stock market growth last year.

Facebook, Amazon, Apple, Microsoft and Alphabet/Google (FAAMG) had increased their market capitalisation, at the end of 2020, by 52.8 per cent above the end of the previous year. The cumulative year-on-year market cap growth of all the other companies in the S&P 500 index, which tracks 500 of the biggest public companies in the US, was 13.3 per cent.

The FAAMG companies now occupy all of the top five spots among US companies by market capitalisation.

After the Covid-19 pandemic sent markets into panic in March, the FAAMG group had regained their market value (from the beginning of the year) by mid-April. Despite huge economic stimulus, the rest of the companies in the S&P 500 only returned to a consistent improvement on their 2020 starting level at the beginning of November.

The conditions of the pandemic itself help account for Big Tech’s exceptional growth. Social distancing and remote working have led to a surge in demand for cloud computing services, ad budgets have shifted to digital, and online shopping has largely replaced physical retail.

The stock market winners and losers of 2020

The big winners outside of the FAAMG group are also characterised by being either pure technology companies, or technology-led.

In terms of stock price, the electric vehicle maker Tesla has had the most impressive individual growth by far, multiplying its market capitalisation by more than eight times in one year. But 2020 was also the first year in which the 18-year-old company could claim to be profitable, and the company missed earnings targets and concerns were raised about overvaluation.

The market caps of hardware manufacturers such as Nvidia, Monolithic Power Systems and AMD grew significantly last year, as did those of software companies such as ServiceNow, Cadence Design Systems and Synopsys.

E-commerce companies such as Etsy and Amazon also had large increases in investment – Etsy’s market cap more than quadrupled – while companies that have transitioned well to e-commerce, such as the Victoria’s Secret owner L Brands, also increased in value. 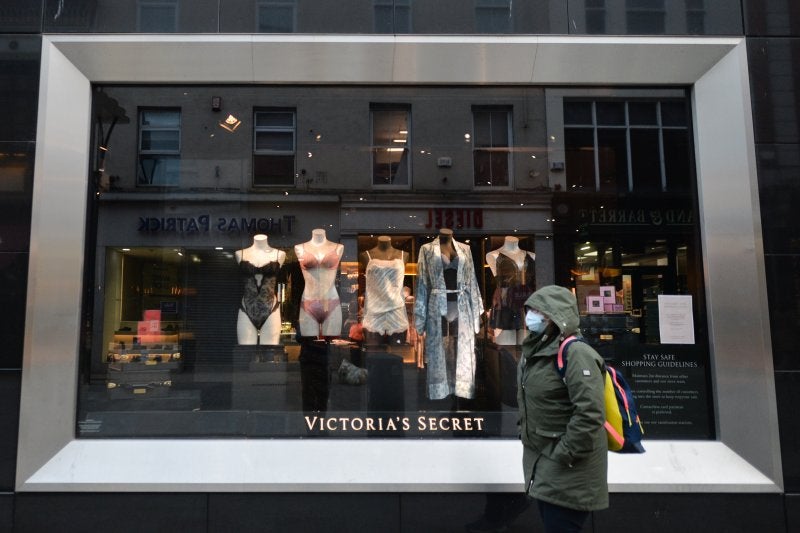 The technological infrastructure that supports online shopping has also become more prized in a year of lockdowns, and companies that provide it – such as PayPal and FedEx – were also among the big winners in stock price.

And perhaps unsurprisingly, pharma and health companies recorded big gains, too, with companies such as Catalent and Idexx Laboratories roughly doubling their market caps during 2020.

But all this investment contrasts sharply with radical drops in the market caps of oil and gas companies.

Occidental Petroleum shrank to less than half its market size during the year, the worst performance in our analysis. At the start of the year the company had vlaid out ambitious plans, telling investors it wanted to grow its output by five per cent a year. Instead, the Covid-19 pandemic led to an unprecedented drop in demand for energy – especially fossil fuels – and the company had to slash jobs and output.

As at the top of the market, the seven biggest losers in terms of market cap among the S&P 500 were all tied by a theme. All were in the business of producing, refining, storing or marketing oil and gas.

Some of the other pandemic losers were banks and providers of financial services, most notably Wells Fargo, airlines, and real estate and hospitality companies.

The sheer size of the biggest companies in the market may be a cause for concern. Apple reached a market cap of nearly $2.3trn at the end of last year, with some analysts predicting it may reach $3trn in 2021. The FAAMG group, made up of the top five biggest US tech companies, collectively accounted for more than a quarter of the S&P 500 at their peak in August last year. This level of market concentration hasn’t been seen since the 1970s, when the top five companies at that time – IBM, AT&T, General Motors, Eastman Kodak and Exxon – accounted for 24 per cent of the market.

The continuation of this growth in confidence is far from inevitable. Regulators are increasingly concerned about Big Tech’s reach; the EU is planning to introduce new regulations governing digital platforms such as Google and Facebook and the way they moderate content, use customers’ data and buy out competing services. Regulators in the UK are considering similar measures.

But the world will not be the same after the pandemic. The CEO of Microsoft, Satya Nadella, said he expects the demand for digital technology to outlast the pandemic and predicts that, assuming five per cent of US GDP is currently spent on tech, that figure will double in the next ten years.

Big Tech has shown an incredible capacity to adapt and profit from a crisis. Its increased role in health, education, work and consumer goods and services will be significant as countries plan their post-pandemic economic recovery. But in a time of volatility and change, policymakers must act like sensible investors and consider the dangers of relying on a handful of companies.