In March 1931, a few days before a by-election, Stanley Baldwin – the then leader of the opposition – gave a speech at the Queen’s Hall in London in which he lambasted the country’s biggest newspapers for their attacks on him, calling them “engines of propaganda for the constantly changing policies, desires, personal vices, personal likes and dislikes” of their owners, Lords Beaverbrook and Rothermere.

Today, judging by recent disclosures about media meetings with ministers, one could be forgiven for thinking that little has changed.

From the point at which Boris Johnson became Prime Minister in July 2019 to the end of September 2020, three billionaire press owners, and their representatives, had more meetings with ministers than all the rest of the UK media combined. Rupert Murdoch’s News Corp was top with 40 meetings, followed by DMGT (owned by the current Lord Rothermere) and Sir Fred Barclay’s Telegraph and Spectator. 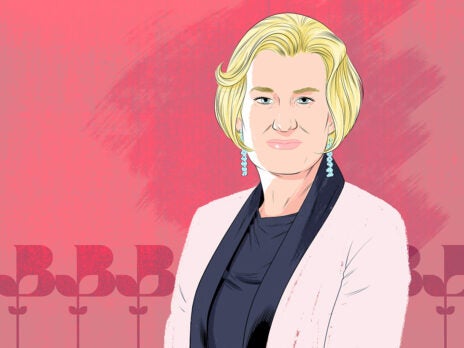 We don’t know what was discussed at these various meetings, because no minutes were taken.

But it is worth noting that these are the same media groups that put Boris Johnson in power – via the Sun, Daily Mail and Telegraph – by helping to persuade 52 per cent of those who voted in the EU membership referendum to favour Leave.

Some 90 years after Baldwin’s speech – with the range of websites, social media platform and TV channels now available – does it really matter who owns a few legacy newspaper brands?

While the BBC dominates the UK media by every possible metric, it is governed by strict impartiality guidelines. That the BBC is regularly accused of either being a platform for left-wingers or a Tory stooge suggests it is generally doing its job. Other broadcasters are similarly constrained by the Ofcom code.

For media proprietors keen to put forward a particular world-view, newspapers are still an effective way to exercise that power. It’s true that this is a power that’s been diminished in recent decades. Total average daily circulations of UK national newspapers, plus weekly Sunday sales, totalled 21 million in 2000. Today that figure is less than seven million.

But when associated websites are taken into account, the reach of the main newspaper brands is still huge. So, who owns the news?

When it comes to national newspapers, three-quarters of circulation is controlled by four families. Viscount Rothermere, owner of the Mail and Metro, is leader of the pack with 35.5 per cent of print circulation, supplemented by website traffic in the UK of 38 million visits per month, according to Comscore. Rupert Murdoch is second with 25 per cent of print, plus 54 million website visitors a month to the Sun and Times. Evgeny Lebedev is third, with 8 per cent of print (the London Evening Standard) and website visitors of 25 million per month. In fourth position is Frederick Barclay of the Telegraph with 5 per cent of print, and 25 million website visits per month. His twin brother and business partner, David, died last month. These are the four men who own the news in the UK and who, as in Baldwin’s time, exercise considerable political power without facing an electorate.

For the Fourth Viscount Rothermere, Jonathan Harmsworth, success in the media is a case of rising early, working hard and having a great-grandfather who founded the business. He never gives interviews, will not be seen testifying before government committees and has reportedly used his non-domiciled status to reduce his tax liability.

But the power without responsibility charge does not quite stick to Rothermere, given that the Daily Mail‘s virulent anti-Europeanism before 2016 was at odds with his own views.

Rupert Murdoch takes the opposite approach. He has always had a direct line to his tabloid editors. He may not tell them exactly what to write, but editors do not last long if they depart from Murdoch’s world-view (as James Harding at the Times found out). Murdoch is the liberal media’s bogeyman: richer than God and firmly on the right. But he has also supported and invested in the Times and Sunday Times, which remained relatively neutral on Brexit, and which uphold the highest standards of serious journalism.

Murdoch inherited a small newspaper business from his father, Keith, but has the greatest claim out of the four to being a self-made man – albeit one who was born into a position that gave him a considerable head-start.

The surviving Barclay brother is an enigma. As owners of the tenement of Brecqhou, off the coast of the Channel Island Sark (which, again, has its tax benefits), the Barclay brothers were particularly reclusive. The Telegraph has been run at a healthy profit for more than 15 years as it has pursued a right-wing, anti-Europe agenda.

Lebedev, like Lord Rothermere, comes from a wealthy family. Some would argue that the Evening Standard‘s support of Boris Johnson when he was mayor of London played a part in the Prime Minister’s decision to give Lebedev a life peerage. But Lebedev has also been a supportive owner of the Independent, shouldering extensive losses before turning it into a profitable online title five years ago.

All these men come with issues. But is the alternative better for democracy? Reach Plc is the UK’s largest newspaper publisher in terms of titles published, with a huge network of local newspapers as well as the Mirror and Express national titles. Compared to the Mail and News UK titles, the Reach network is run on a small budget. Shareholders are stingy investors compared to private owners who, because they are in it for the long term, tend to invest more in their products and settle for tighter profit margins.

And whatever the business model, owners all face an electorate of sorts, as they and their journalists are ultimately beholden to their readers.