Anne-Marie Imafidon was born in London in 1990. Aged 11 she became the youngest girl ever to pass A-level computing. She is the founder of Stemettes, a social initiative that promotes women in science and tech.

Growing up, my hero was Tim Berners-Lee. I remember being aware that he was a British physicist who created the web, and I remember thinking, “I’m British too, and I’m interested in similar things – I could make something just as impactful.” Now I think my hero is Gladys West. She’s the mathematician who used data from the Geosat satellite to figure out that by drawing a couple of triangles, you can figure out exactly where you are on Earth. That’s why we have GPS, which is the global positioning system. I like to think of it as the “Gladys positioning system”.

Invisible Women by Caroline Criado Perez. You have to read it. It made me realise that there have been so many times when men have forgotten that women even exist. 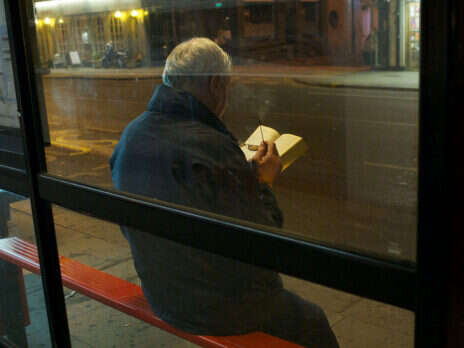 None, really, as awful as that sounds. No politician has ever resonated with me.

The “herstory” of Stem (science, technology, engineering and mathematics). Or The Office one-liners, or Parks and Recreation one-liners, or Abbott Elementary.

Ten years from now in Watamu, Kenya. There’s 4G+ signal everywhere, it’s cashless so you don’t need to take much with you, the sun is always shining. I get a lot done when I’m in Kenya. In ten years I imagine it’d be even better.

I love Love It or List It, home makeover shows and property shows. I watch a lot of television.

Someone already has. Her name is Susannah Nathanson. It’s got augmented reality (AR) in it, so if you hold your phone over it, a video plays.

“The Cure and the Cause” by Fish Go Deep. Every time I go onstage that’s the song that plays.

Lots of things. Climate change, the proportion of women in Stem… it’s a very long list.

The eradication of migraines. I get them seasonally.

Every time I wake up.

I’d be a TV commissioner on tech comedy shows. I’m trying to do that now, but TV is such a complicated space.

We don’t have to be. There’s a lot more we can do to make sure we’re not, and a lot more people we should listen to.

“She’s in Ctrl: How Women Can Take Back Tech” by Anne-Marie Imafidon is published by Bantam Press

Topics in this article: Interviews

This article appears in the 14 Sep 2022 issue of the New Statesman, Succession