In the postwar period, Germany struggled economically, socially and politically. Worker strikes and hyper-inflation crippled the country and burnt through savings overnight. Prices see-sawed from one day to the next and nowhere in the country escaped the effects. It led to a febrile political situation, with communists and nationalists grappling for a part of the body politic. In 1928 a writer under the name “Wayfarer” travelled to Germany and reported back in this diary piece. He found a country bewildered by “money becoming as variable as the wind” and saw the deleterious effect hyper-inflation had on the social fabric. Germany was no longer the same country as it was before the war: it was not only less rich, it was less joyous, less at peace with itself, and full of resentments, notably towards France. “These are the little writings on the wall,” said Wayfarer, noting presciently that there was trouble ahead.

The chief difficulty of a traveller in Germany today is a kind of mental aberration akin to Gulliver’s, when he found that all his accustomed space-values had vanished. Take money, for it is the thing of which (by necessity) Germans think and talk most. I come from a country where money is a thing easily calculable in terms of life, habits, income, expenditure. I empty my capacious wallet and find in it a sum which, calculated on the pre-war value of the mark, figures at about 2,000 times my last year’s income, and, at its existing price, is good for less than a week’s hotel charges. This is today’s reckoning; tomorrow’s will be something else. I buy three glasses of beer on three successive days at the same garden café. The first costs me 1,800 marks, the second 4,800, the third 5,000. I have just had a fourth, the price of which was 4,900, so that, in fact, I am more bewitched than was Gulliver. His Lilliputians and Brobdingnagians, and all that was theirs, were always the same size. But this up and down dance of the mark distorts all your relationships with the people who are your hosts. For the first few days, at all events, nothing can be rectified, and the most trifling transaction leaves you in doubt whether you have been fleeced or let off, have played the niggard or the prodigal. 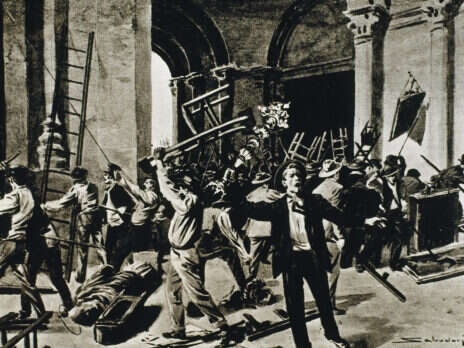 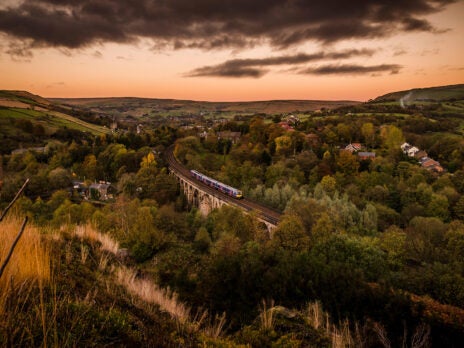 Also, money being the most volatile thing in the world, credit is naturally given the lowest possible margin in it. So no little passing fee or debt that can possibly be discharged at once can wait, for in a week or a day it may have depreciated 10 or 20 per cent. Apply these petty traveller’s figures to a nation and magnify them a millionfold; figure the dally struggle to adjust wages to prices; imagine what it is to have the savings of generations swept away in a few months; think of the swift impoverishment of the middle and intellectual classes; trace the march through Central Europe of a famine of money, food, books, house-room; hear of the thousand famous German families reduced to the dwellings and living rations of a poor East End quarter; and then make your estimate of the moral and intellectual damage which the country has suffered.

[see also: From the NS archive: The watchers]

To my mind, the worst result of money becoming as variable as the wind, if not as invisible, is that it saps the virtue of a nation. In pre-war Germany, for example, so rigid and formal was the code of self-respect, that if you had offered a station-master a tip for a seat in a railway carriage he would probably have locked you up. Today that Spartan code is gone. Who can honestly render a service whose value neither party can assess? Small and great are in the same straits. A friend of mine asked a wholesale manufacturer how he calculated the prices of his goods. “I can’t calculate them,” was the reply; “I merely put them at something below the figure of the foreign competing market and hope it will come out fairly right.” The general impulse is to clutch at anything solid that comes along. One of them happens to be the pound sterling, for which, as the traveller passes from hotel to hotel, a gentle wooing goes on. Once obtained, this treasure rarely passes into currency again. It becomes stocking money.

Here in the Bavarian highlands the chain seems worn a little looser than elsewhere. There is nothing, for example, comparable with the misery in parts of industrial Saxony, where 90 per cent of the children can be reported as below normal health. Food is not lacking, though butter, eggs and milk cannot be described as plentiful, and, owing to the scarcity of fodder, veal, even in a first-rate hotel, is almost the only meat-dish. And there are the holiday-makers from Munich or Leipzig, the pilgrims with bare heads, breasts and legs, and jackets blue or green, and short knicker-bockers of chamois leather, ending well above the knee. The local dandies outshine them, at least on Sundays, for the pilgrims affect shaved heads, while the peasants allow their “waved” hair to escape from hats of many colours. The local dancing and singing festivals go on; but the travellers strike a note far below the old cheerful German uproar. You hear little “jödelling” from the walkers in the hills; and the plainly-dressed parties round the dinner-tables mostly discuss their simple meals à demi voix. Of the expensive gaiety of the English watering place – processions of motor-cars, lavish eating and drinking, troops of dancers, streets of cinemas – not a trace. Doubtless the Schieber still exists, but he has not come my way. I have not seen a dozen motors since I entered Germany or a single gown that our hotel houris would deign to look at. The luxurious Teuton has gone back three-quarters of a century.

This much diminished show is no sign, so far as I can gather, of a failure of the nation’s industry, but simply of its ability any longer to reap what it sows. Germany has had her livelihood taken from her, as the hen her eggs, and as the thing for which men, if not hens, work, which is hope and a reasonable expectation of a return for effort, has been taken too, she finds herself almost at the end even of her resourcefulness. I should qualify this last sentence. Hope is not quite gone. But the hope is in England. If the British Government and people fail to stand between the living and the dead, there does not exist, I am afraid, either in the native force of Germany’s statesmanship or in the stability of her parties, much immediate chance of succour. It is a bad omen that at this moment the Moderates are much in the shade, and that in any trial of political strength, such as in the recent elections to the Landtag in Württemberg, the two extremes – the communists and the nationalists – have been successful against them. If a general election were to take place immediately, the same results would probably follow all over the country.

There is just one other movement of consequence which, if it were given time and a friendly soil to grow in, might be the salvation, not of Germany alone, but of Central Europe. That is the tendency to a new grouping of the state forces, which, as against France’s devastating militarism, can be called at once pacific and economically progressive. A good deal of interest attaches to Herr Bernhard’s account, in the Vossische Zeitung, of the plan of a union of the Baltic states, including Sweden, Denmark, Norway, Latvia, Lithuania, Estonia, Finland and even Poland. There can be no doubt that some diplomatic steps have been taken to give life and form to this plan, based as it is on a scheme of inter-State trade and of common representation in the League of Nations. What interest has it for Germany? This, that it is proposed that at a certain stage both Germany and Russia should be invited to join. And it is quite possible that by some such means as this the difficult problem of Germany’s entry into the League, and thence into the comity of Europe, may at last be resolved.

But fierce and resolute forces stand at the Gates of Peace, and forbid entry. I should not call the Germans a vindictive people; and there was an hour, immediately after the close of the war, when, if France had shown a touch of magnanimity (though after the destruction of French mines and factories magnanimity would have been too much to ask, but a little ordinarily clever statesmanship would have been quite enough), she might have had this country at her feet. As it is, she merely raises the devil. Bavaria is not exactly at the gate of the Ruhr. But in Bavarian post offices you may see fierce cartoons, showing an extremely vile French maenad, rifle in hand, raging through the country, over the legend “Hands off the Ruhr!”; and in Bavarian shops, where the French tourists, though they beset the Rhineland, never come, the warning, “No French admitted here!” These are the little writings on the wall; the real soul-mischief, of which countless signs present themselves to the most casual eye, of the murder – moral, political, industrial – of one nation by another. And by what warrant does a murderer with a grievance execute justice for himself?