Whenever I receive guests in Tallinn as Estonia’s prime minister, I show them a room in my office where portraits line the walls. These depict the Estonian heads of government before the Second World War, known as the elders of state. I ask my guests to look at the dates of their deaths; all, except one who managed to flee, lost their lives at the hands of Soviet occupants in the 1940s or died in Soviet captivity. Russia’s invasion of Ukraine did not come as a surprise to Estonia, but we did not believe it would so closely replay those old atrocities.

When I look at these portraits, I think of the Ukrainian mayors in Russian-occupied territories who have disappeared or been arrested. I think of calls from Russia to “liquidate” Ukraine. Thanks to the brave resistance of Ukrainians and the country’s leadership that has not come to pass. But we should have no illusions about Russia’s goals. The Kremlin has not given up on its long-term aims.

There will always be the world “before” and the world “after” 24 February 2022. The past year made the face of Russian war crimes and Russian occupation visible to the whole world. Estonia, like half of Europe after the Second World War, knows what it means to lose everything. We lost our territory, freedom and a fifth of our population to Soviet terror. What is so shocking is that the extent of the war crimes, systematic mass killings, deportations and torture in Ukraine today is a repetition of the Kremlin’s atrocities in the past. So much for pledges of “never again”.

Since the Russian invasion in February, many have been asking “why?” Why is Russia waging a genocidal war against Ukraine? My response is always: just look at history. The Soviet Union fell, but its imperialism never did. In Russia, the truth about the Soviet past was buried, and with it the lessons from that time. Impunity prevailed. Stalinism returned. Use of force continued – against Moldova, then against Georgia, Crimea and eastern Ukraine. Too many outside Russia overlooked these developments. Russia’s full-scale war in Ukraine should not have come as a surprise.

As 2022 draws to a close, Russia is conducting genocidal war in Ukraine. Its forces, now led by Sergei Surovikin, the so-called Butcher of Syria, are targeting citizens using the same strategy deployed in Aleppo. They are systematically shelling and destroying energy and water supplies, leaving millions in the freezing cold and forcing them to leave their homes. In November, some ten million people – around a quarter of the population – were left without power. Russia’s terrorist aims are to break Ukraine’s bravery and force the country into hopelessness and negotiations, while also pushing millions to flee from the cold to the rest of Europe.

The Euro-Atlantic community and the EU have been on the right track with their support of Ukraine. But it is equally true that as long as immense human suffering continues, we have not done enough. We must step up our support, and continue to raise the cost of the war for Moscow, until the last Russian soldier has left Ukraine. We must make sure war criminals are held accountable. Our response to Russia will be carefully studied by all the dictators and would-be dictators across the globe.

Here is how to ensure that response succeeds. We must provide Ukraine with more military aid, especially modern anti-missile systems, air defence and ammunition. It also needs more sustainable financial support. We can stop the Russian war machine by cutting off export revenues (such as by ensuring that the oil price cap curbs them). And those responsible for the crime of aggression, for war crimes and atrocities must be brought to justice. We must make the aggressor pay for everything it destroys. The EU and its partner countries currently hold more than €300bn of the Russian state’s frozen assets. Let us find concrete legal solutions to use this capital to support Ukraine.

This past year also proved the power of public opinion and how, in democracies, the people can bring about governmental U-turns. Since the beginning of the war, public solidarity with Ukraine has often been a driving factor behind the West’s support for the country. A year ago, who would have thought that within months Ukraine would be an EU candidate country and that Sweden and Finland would be on their way to Nato membership?

But leadership also matters. We have seen governments making principled decisions, even when they do not necessarily have overwhelming popular support, because it is the right action to take: be it providing military aid to Ukraine, strengthening sanctions or making costly yet crucial decisions in support of our collective defence.

My hope for 2023 is that we will have the moral clarity and political courage to end Russia’s genocidal war in Europe. The way to peace is to push Russia out of Ukraine. If we let its aggression succeed, much worse will follow. The cost for Europe and the whole world will be much higher than the elevated energy prices we are facing this winter. This is why I will take my motto for 2022 into 2023: gas and oil might be expensive, but freedom is priceless.

[See also: What will it take for Russia to understand it’s losing the war?] 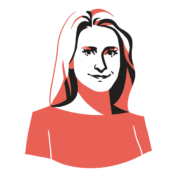 Kaja Kallas is the prime minister of Estonia