“The globalists can go to hell,” said Viktor Orbán, the prime minister of Hungary, at the Conservative Political Action Conference (CPAC) in Dallas, Texas, on Thursday. The statement was met with thunderous applause.

If this were a different type of piece, or if I were a different type of journalist, I would observe that “globalist” is a term that many consider anti-Semitic and has been the subject of much debate; Orbán used it knowingly and the crowd cheered. But this is not that piece and I am not that journalist. Of course he used the term. Of course the crowd cheered.

After Orbán’s speech in Romania last month, in which he declared that Hungarians are not “mixed race” and don’t want to be, some wondered whether CPAC would disinvite him. It is not surprising that the conference did not. It would have been more surprising — indeed, it would have been truly shocking — if he had been disinvited.

The war that changed the world 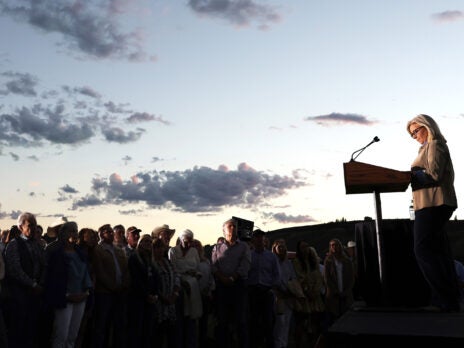 All of this is obvious. It feels banal to even write it. Orbán rewrites history and fixates on historical grievances and uses them to justify present policy. Of course he’s celebrated by his American peers who are doing the same. Orbán presents himself as a defender of the Hungarian people against migrants, whom he alleges will be brought in by the Hungarian-born billionaire and philanthropist George Soros. So do his American counterparts. Orbán says outlandish, hateful things. The Republican gubernatorial candidate in Illinois said that abortion was worse than the Holocaust. Neo-Nazis, complete with swastika flags, rallied outside a conservative youth conference last month in Florida, where, incidentally, educating young students about homosexuality or gender identity is illegal, as it is in Hungary.

“I think you managed to confuse a lot of people by inviting me,” Orbán said. “For example, the leftist media.” Who is surprised? The whole game — invite Orbán, make people mad, remark gleefully when people have an emotional response to rhetoric that scares them — is tired. “I can already see tomorrow’s headlines. ‘Far-right European racist, anti-Semite strongman, the trojan horse of Putin, holds speech at conservative conference,'” he joked, to laughter and applause. He went on to say he had zero tolerance toward racism and anti-Semitism before going onto bash media and progressive NGOs.

But that is not my headline or my takeaway. I was struck by how predictable all the attacks and applause lines were. I was familiar with them not only because I follow Hungarian politics, but because I live here, in the United States. “We must take back the institutions in Washington and Brussels,” he said, adding “we must coordinate the movements of our troops because we face the same challenges.” He used the language of war because politics for Orbán is about conflict and contrast, us and them, the real and the other. Just as it is for many Republicans in the US, including Donald Trump, who will address the conference in the coming days.

Of course Orbán came to Texas. Of course he blasted “globalists.” And most importantly: of course the crowd cheered.