When Russia marched into Crimea in 2014, its “little green men” in unmarked uniforms barely needed to fire a shot before gaining control of the territory from Ukraine. The operation was so successful, in part, because it was swift and unexpected. Kyiv, consumed by political crisis following the 21 February ouster of pro-Russian president Viktor Yanukovych as part of the Ukrainian Revolution, barely had time to react to the invasion, which came just days later. By 27 February, the territory was already under effective Russian control.

That timeline contrasts markedly with Russia’s current troop build-up at its border with Ukraine. For weeks, Western intelligence has been warning that around 100,000 Russian troops – some assessments claim as many as 175,000 – massed at the border may be preparing for a renewed invasion of Ukraine as early as January. If the annexation of Crimea happened virtually overnight, the preparation for another invasion – if it comes – has been taking place in full view for weeks.

The preparations are, Western intelligence believes, more credible than a previous massing of Russian troops in April, which did not lead to war. “The build-up this time has been much more serious, in terms of not just the teeth but the tail. They have put a lot of effort into making sure that there is all the logistical backup, which is what you need for a real attack,” said Mark Galeotti, an expert on Russian security affairs.

Yet it’s far from clear that Russia will actually take the decision to invade. US intelligence assessments reportedly helped convince sceptical European countries that the military build-up might genuinely be the prelude to a renewed assault on Ukraine. But earlier this month, the US secretary of state Antony Blinken admitted that “we don’t know whether [the Russian] President [Vladimir] Putin has made the decision to invade”. 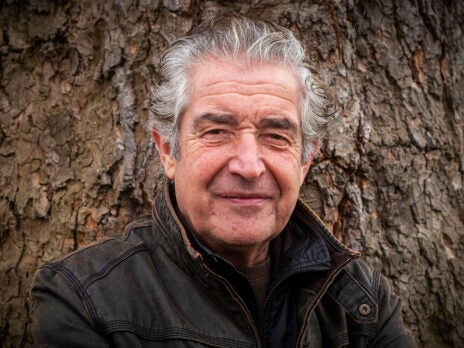 “England is one of the most nature-depleted countries on earth”: Tony Juniper’s call to end binary thinking

Whether an invasion comes or not, Putin has used the apparent preparations for an invasion as additional leverage to reiterate demands for a new security architecture in its immediate neighbourhood – what Galeotti has termed “heavy metal diplomacy”.

This week, Moscow asked Nato to cease all military activity in Eastern Europe, the South Caucasus and Central Asia. Russia also demanded guarantees that no former Soviet republics be permitted to join the alliance. The outlandish demands, which the alliance’s member states are certain to reject, are viewed by some experts as representing an opening gambit in potential negotiations between Russia and Nato. An earlier demand that promises of eventual membership for Ukraine and Georgia be rescinded was rejected by the US president Joe Biden.

The Russian demands reflect longstanding grievances with Nato reneging on what the Kremlin characterises as a 1990 verbal pledge made by the then-US secretary of state James Baker to Mikhail Gorbachev, the last Soviet leader, that the alliance would not expand further east than Germany to take in former Soviet republics and client states. In fact, several former communist countries joined Nato after the Berlin Wall fell, including Poland, Bulgaria and the Baltic states.

Many observers remain sceptical that another Russian invasion of Ukraine will come at all. There is no second Crimea: no other territory so culturally and politically important to Russia, where the local population is overwhelmingly pro-Russian and Moscow’s troops would be welcomed as liberators.

Moreover, the Ukraine Russia would be invading is a different country to the one it attacked in 2014, Galeotti noted. “[The Donbas conflict] did not start as a Kremlin operation,” but as an uprising by local pro-Russian militias who wanted their regions to join Russia. “This is a totally different situation. We have to think about the battlefield costs [Russia would face].”

The Ukrainian army is now larger, better equipped – including with weapons provided by the US – and psychologically prepared for an invasion by its neighbour. Military spending has doubled since 2014, to 4 per cent of GDP. When Russia last invaded, the Ukrainian armed forces numbered about 130,000 troops, compared with around 250,000 today. Russia would crush its neighbour if it went for an all-out conflict, but Ukraine would put up a stiffer fight than it was able to seven years ago. Hundreds or thousands of Russians would likely die in a war there is no evidence the Russian public is clamouring for.

Any invasion would be followed up by devastating sanctions, which the West has said it stands ready to impose in the event of war. The country’s economy, though more resilient after seven years of sanctions, would still be hit hard by a new round of Western measures.

Accordingly, some believe that rather than an invasion, the status quo could continue to hold. Katharine Quinn-Judge, a Ukraine analyst at the International Crisis Group, argues that the perpetuation of the unresolved territorial conflict serves the interests of both sides.

As the authorities of the pro-Russian statelets in Donetsk and Luhansk are believed to be complicit in the smuggling of goods such as arms and tobacco, there is fear among some of them that they would be prosecuted if the areas under their control were to return to Ukrainian control. At the very least they would “lose control of the smuggling and corruption schemes which have made them very rich”, Quinn-Judge told me.

For the Kremlin, meanwhile, the conflict has not succeeded in allowing it to dictate Kyiv’s geopolitical orientation, but it does allow Russia to continue to pressure and destabilise Ukraine’s pro-Western government.

Similarly, the ongoing separation of Donbas from Ukraine perversely serves the interests of hardline Ukrainian nationalists, who for the time being no longer need to contend with a significant chunk of the country’s Russophone and pro-Russian population, an inherent obstacle to the Western-orientated united polity they dream of. “Hardliners have ideological reasons to not want to pursue reintegration [with Ukraine],” Quinn-Judge said. The Ukrainian president Volodymyr Zelensky has also largely moved away from early promises to rebuild ties with separatist-controlled regions.

As Quinn-Judge concluded in a recent analysis: “The current low-level conflict could grind on indefinitely, with occasional scares like the present one simply becoming part of the pattern of the stalemate.” Even if war between Russia and Ukraine is avoided now, this round of heightened tensions at the border may not be the last.

[See also: What Russian troops on the Ukrainian border mean for peace in Europe]